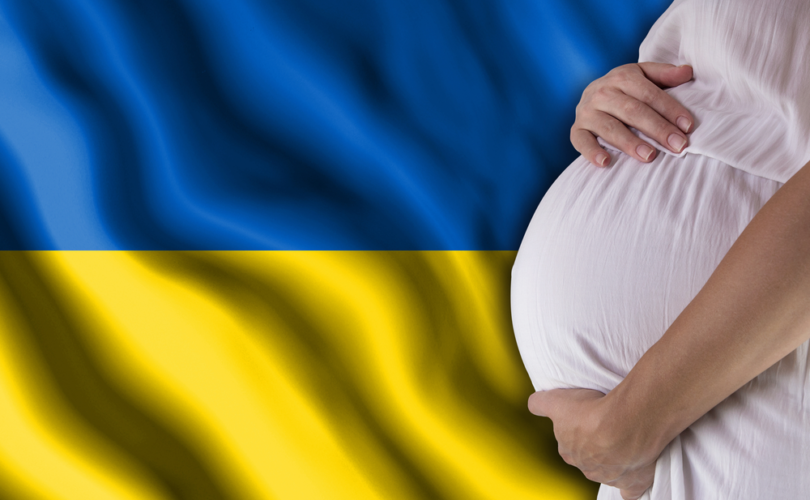 (LifeSiteNews) — The European Union parliament voted that all countries within the union should perform abortions on Ukrainian refugees, even the largely pro-life countries of Hungary and Poland.

“MEPs [Members of European Parliament] call on the EU and all host and transit countries to ensure access to sexual and reproductive health and rights (SRHR), particularly emergency contraception and abortion care,” reads the European Parliament’s official website in a release from Thursday.

“For those women who are still in Ukraine, Parliament urges the EU to use all the measures and funds at its disposal to respond to their SRHR needs, and to send dignity kits, including contraceptives and sexual reproductive health kits, in humanitarian packages and convoys to Ukraine and to host countries,” adds parliament, with the measure passing with 462 votes in favor, 19 against and 89 abstentions.

The now-passed resolution says that the EU will continue to provide funding to countries accepting “refugees fleeing Ukraine,” but “insists that the Parliament should monitor how the funds are spent, especially in countries where the rule of law is constantly violated, such as Poland and Hungary.”

The pro-abortion resolution comes on the heels of a May 3 report from the EU that seeks to address “the persecution of minorities on the grounds of belief or religion.”

The report promulgates anti-Christian and anti-religious sentiment under the justification that many religions are discriminatory against “women” and homosexuals through their condemnation of abortion and so-called homosexual “rights.”

The report also stated that religion is “an important driver of conflict worldwide,” while focusing heavily on the “rights” of atheists and the non-religious while ignoring the massive persecution of Christians that occurs in the Middle East, Africa, and elsewhere.

Slovak MEP Miriam Lexmann slammed his fellow politicians after the May 3 report, saying the parliament should never take “ideological anti-religious stands,” calling the right to practice religion “a human right” that is essentially the “last bastion of liberty.”