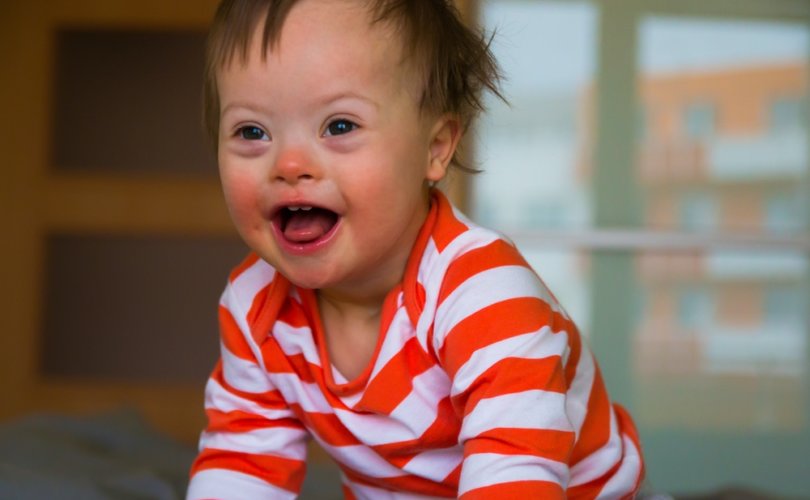 LONDON, England, December 10, 2019 (LifeSiteNews) – A new prenatal test has caused a 30-percent drop in the number of babies born with Down syndrome in U.K. hospitals where the screening is offered.

A December 8 report in The Times details how more women are choosing to abort their babies after receiving a Down syndrome diagnosis from the non-invasive prenatal test (NIPT), which is done by taking unborn babies’ DNA.

“It is much more accurate in detecting Down’s” than other prenatal tests are, The Times reported.

“As a mother of a 19-year-old daughter who has Down’s syndrome, I see every day the unique value she brings to our family and the positive impact she has on others around her,” said Lynn Murray, spokesperson for the Don’t Screen Us Out campaign. “The figures… show that the fears of the Down’s syndrome community that rolling out these tests would lead to a large drop in the number of babies with Down’s syndrome were not unfounded.”

“These figures show that providing the tests in NHS [National Health Service] hospitals is leading to a large decrease in the births of babies with Down’s syndrome,” Murray continued.

“It is totally unethical and discriminatory for the Government to go any further with the roll-out of the tests given that data from NHS hospitals shows that these tests are leading to the reduction in the numbers of people from a specific community.”

Don’t Screen Us Out is calling on the British government to halt any further rollout of the tests. The organization also wants an inquiry into the impact that NIPT is having on the drop in the birthrate for babies with Down syndrome.

“There is something particularly chilling about this modern form of eugenics, where babies who are considered less than perfect are screened and disposed of,” Alithea Williams of the Society for the Protection of Unborn Children (SPUC) told LifeSiteNews.