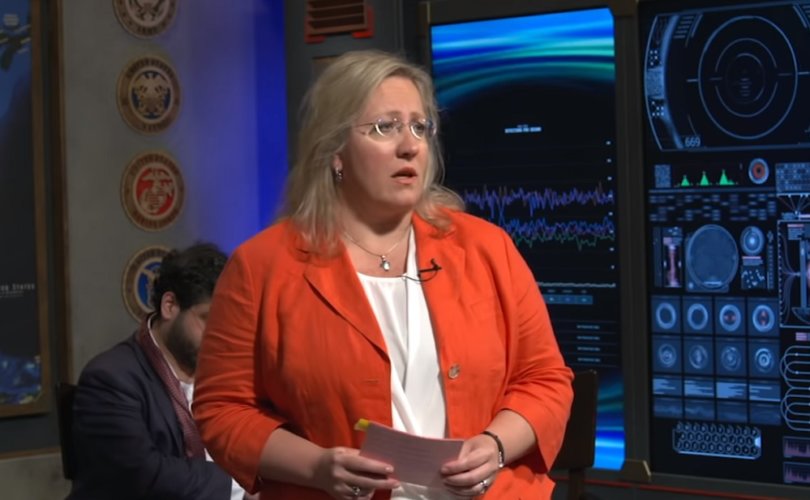 March 25, 2019 (LifeSiteNews) — The Austrian courts were right to condemn Elisabeth Sabaditsch-Wolff for having sharply criticized the prophet Muhammad’s marriage with a six-year-old girl, the European Court of Human Rights (ECHR) has implicitly decided.

On Tuesday, the jurisdiction in charge of implementing the European Convention on Human Rights, ratified by the 47 member-states of the Council of Europe, refused to refer Sabaditsch-Wolff’s appeal against a Chamber judgment approving the Austrian decision last fall to the Grand Chamber of the Court. The ECHR did not trouble to motivate its refusal.

The ECHR judgment E.S. v. Austria of October 25, 2018, is now final. And as the European Court’s decisions are based on case law, the consequences for free criticism and enunciation of facts regarding Islam and its history in particular will be far-reaching, in particular because the ruling justifies the condemnation in the local Austrian context, where the statements criticizing Muhammad “were likely to disturb the religious peace.”

According to research by the Pew Center in 2016, 6.7 percent of the Austrian population are Muslims, a growing population due to immigration.

Sabaditsch-Wolff, a diplomat’s daughter who has lived and worked in the Middle East, was censured for having spoken at a meeting organized by the right-wing Austrian Freedom Party 10 years ago in Vienna. Her intention was to speak about the treatment of women and the practice of jihad (“Holy War”) in countries such as Iran and Libya, on the basis of her own experience.

During her speech aimed at an audience of about 30 people, she spoke freely about the prophet Muhammad and his relationship with Aisha, whom he saw and desired when she was six years old. He married her on the spot, and the union was consummated when she was nine. He “liked to do it with children,” she said, adding that she had argued with her sister about the words she would use to describe the facts.

She insisted on being straightforward: “A 56-year-old and a six-year-old? What do we call it, if it is not pedophilia?”

A journalist present at the meeting taped her words. His editor-in-chief went on to turn them over to the police, and Sabaditsch-Wolff was indicted for inciting hatred toward Muslims and for having disparaged their prophet as unworthy of veneration.

She was not found guilty of the first violation. But she was condemned for the “disparagement” in 2011 to a 480-euro fine (about 550 U.S. dollars) or up to 60 days imprisonment.

Sabaditsch-Wolff decided to fight the case right up to the European Court as a matter of principle, with the support of the European Center for Law and Justice (ECLJ), which submitted third-party observations at the ECHR in Strasbourg. The application was lodged in June 2012.

More than six years later, the European Court finally judged the case in a small Chamber formation of seven judges, whose decision will not be examined after the rejection of Sabaditsch-Wolff’s appeal to the Grand Chamber.

The ECHR observed that the meeting at which Sabaditsch-Wolff had proffered the statements was public insofar that it had been announced on the internet and in party flyers, so she should have been careful not to risk offending people who might have decided to come to the meeting while not adhering to the anti-Islamic party line.

While she alleged only to have stated facts about Islam and its history, not wanting to “disparage” Muhammad, the ECHR recalled the arguments of the Regional Court in Austria that condemned her: “The court concluded that the applicant had intended to wrongfully accuse Muhammad of having pedophilic tendencies. Even though criticizing child marriages was justifiable, she had accused a subject of religious worship of having a primary sexual interest in children’s bodies, which she had deduced from his marriage with a child, disregarding the notion that the marriage had continued until the Prophet’s death, when Aisha had already turned 18 and had therefore passed the age of puberty.”

So staying with Aicha, the girl he married when she was six and had relations with when she was nine, justified the fact by hindsight? And the fact that Muhammad had many “other women,” as Sabaditsch-Wolff said at the meeting, is proof enough that his interest was not “pedophilic”?

An Austrian court of appeal later added that the ECHR recalled that “the reason for the applicant’s conviction was not that the events had purportedly taken place more than a thousand years ago, and similar conduct would no longer be tolerable under today’s criminal law and contemporary morals and values, but because the applicant had accused Muhammad of pedophilia by using the plural form “children,” “child sex,” “what do we call it, if it is not pedophilia?” without providing evidence that his primary sexual interest in Aisha was in her not yet having reached puberty. Moreover, there were no reliable sources for that allegation, as no documentary evidence existed to suggest that his other wives or concubines had been similarly young.”

Was her condemnation “an unlawful interference with her right to freedom of expression,” as Sabaditsch-Wolff argued, the more so because her incriminated statements had been “based on facts”?

The Court agreed that there was an “interference with her right to freedom” but justified it in the name of the protection of “religious peace.” It added that a “duty” exists “to avoid as far as possible an expression that is, in regard to objects of veneration, gratuitously offensive to others and profane,” a matter in which member-states have a “large margin of appreciation.”

Unlike in the most secularist member-states of the Council of Europe, Austrian law bans the disparaging of religious symbols.

According to the ECHR, Austria has the right and even the obligation “to ensure the peaceful co-existence of religious and non-religious groups and individuals under its jurisdiction by ensuring an atmosphere of mutual tolerance.” It was also right to have condemned Sabaditsch-Wolff on the basis that she had made a “value judgment,” refusing to agree that her statements had “sufficient factual basis,” even though the story is told by the Hadith collection of Sahih Al-Bukhari of the ninth century, one of the most authoritative sources in Sunni Islam of the “Prophet’s” history.

On March 15, a number of converts from Islam, thinkers, philosophers, lawyers, religious, and specialists of Islam signed an op-ed in the French magazine Valeurs Actuelles in order to voice their “deep concern” about the Sabaditsch-Wolff case, asking the ECHR to accept her appeal in order to clarify the limits of freedom of expression in religious matters, particularly when facts are at stake as well as the freedom of debate based on reason, “be it political or scientific,” as well as “the liberty to criticize religions.” “The future of our civilization is at stake,” they wrote.

They were not successful.

Now that the ECHR has refused to refer the case to the Grand Chamber, Gregor Puppinck of the European Center for Law and Justice has voiced his concern, calling the decision a “severe setback for freedom of expression.” “Indeed, Mrs Sabaditsch-Wolff was condemned for having expressed a disturbing truth,” he wrote in a statement.

Puppinck added: “The ECLJ appeared before the Court and intervened in the press regarding this case. Its aim was not to defend a right to express blasphemous obscenities, but to preserve the ability to say the truth and to denounce errors, even at the risk of displeasing.”

According to Puppinck, the Court’s decision is in no way “accidental,” but instead “indicates a new direction.” “The Court now imposes on States the obligation to ensure ‘the peaceful co‑existence of all religions and those not belonging to a religious group by ensuring mutual tolerance,’” he wrote.

“The Court has not motivated its refusal to refer the affair for an ‘appeal.’ We can only speculate. I see here a shift towards multiculturalism that is prepared to sacrifice freedom of expression to the requirements of ‘living with one another.’ Such a judgment renounces the ideal of justice founded on truth and prefers the arbitrary ideal of ‘tolerance.’ In so doing, it is the judge who decides what can be said on the basis of his own conception of ‘living with one another,’ and of his fear of the reactions of people potentially offended by such words. The future will show whether the ECHR perseveres in the direction of destroying freedoms,” he concluded.