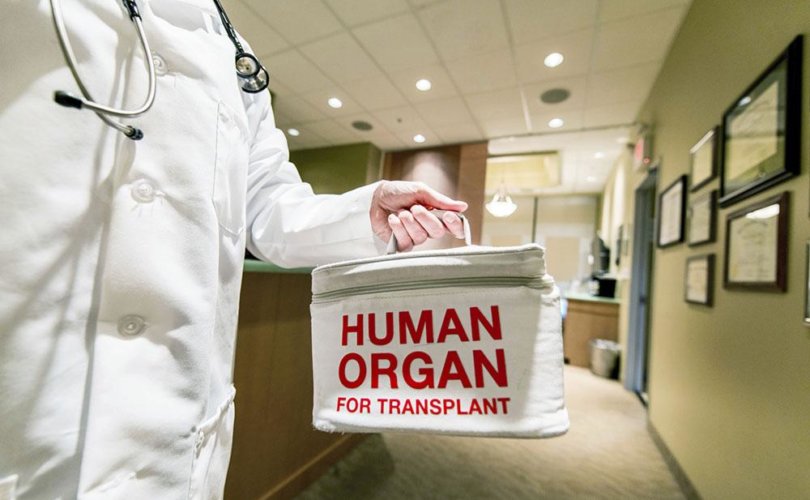 April 18, 2017 (LifeSiteNews) — A group of Dutch and Belgian research doctors have released a study that calculates how many organs Belgians killed by euthanasia could have donated.

In an article in the April article in the Journal of the American Medical Association (JAMA), six research doctors write that organ donation after euthanasia “is controversial and currently only allowed in Belgium and the Netherlands.”

But since the Belgium data was collected in 2015, Canada has legalized euthanasia in June 2016, and it, too, allows organ donation after euthanasia.

And it appears that Canadians are forging ahead with the practice.

Indeed, the National Post reported in March that 26 people killed by lethal injection in Ontario donated their organs. It also reported that 338 people have been killed by “medial assistance” in the province so far.

By contrast, the JAMA article authors write that organ donation after euthanasia is exceedingly rare in Belgium and the Netherlands. In the two countries, only 43 people had opted to donate their organs after being euthanized by August 2016.

The JAMA article notes that donating organs requires that the person “undergo euthanasia in hospital, and organ donation is performed after circulatory death.”

According to the National Post, “Canadian experts have adopted the practice of donation after cardiac death.”

But a “cardiac death” that occurs when life support is withdrawn can take up to two to three hours, during which time “vital organs like the heart and lungs are deteriorating from lack of blood flow and oxygen.”

With euthanasia, however, “the heart stops within two to three minutes of the lethal injection” so organs can be harvested quickly.

“There’s a lot riding on this,” euthanasia advocate Dr. James Downer, a palliative and critical care physician at Toronto General, told the Post.

“If somebody has organs that would be appropriate to donate, you’ll never get better organs than you would by this process.”

A study published in January 2017 that alleged the Canadian government would save up to $139 million a year by killing sick people through euthanasia will have a similar effect, he said.

“It’s all about turning euthanasia into the socially good thing to do,” he told LifeSiteNews.

“And the converse of that is in the future, if you say no to euthanasia then in fact the question becomes why are you being so selfish?” Schadenberg pointed out.

The Netherlands just released its euthanasia numbers last week, he said, and 6,091 people were killed in 2016.

That’s a 317 percent increase in euthanasia deaths since 2006 in that country.

“So if you consider the whole large number of euthanasia deaths, and the increase that’s constantly going on, they’re viewing this as effective source of organs,” noted Schadenberg.

“And my concern comes down to this perpetuates more euthanasia as it’s seen as a social good.”

Moreover, a study published in April 2015 in the New England Journal of Medicine revealed that 1,000 people in Belgium were euthanized without request, according to Breitbart News.

The Belgian and Dutch authors of the study published in JAMA calculated that 10 percent of the 2023 people killed by euthanasia in Belgium in 2015 — or 204 people — were not too old or too sick to have been “potential donors with at least one suitable organ for donation.”

Had these people agreed to donate their organs after being euthanized, “684 whole organs could potentially be donated” and in the case of kidneys, the potential number available for transplant “could more than double.”

In 2015, 1,288 people in Belgium were on the organ transplant waiting list, they wrote.

“However, medical suitability only implies that a patient is a possible organ donor,” they write. “Whether the patient is also willing to donate, and is willing to die in a hospital, must be carefully ascertained.”