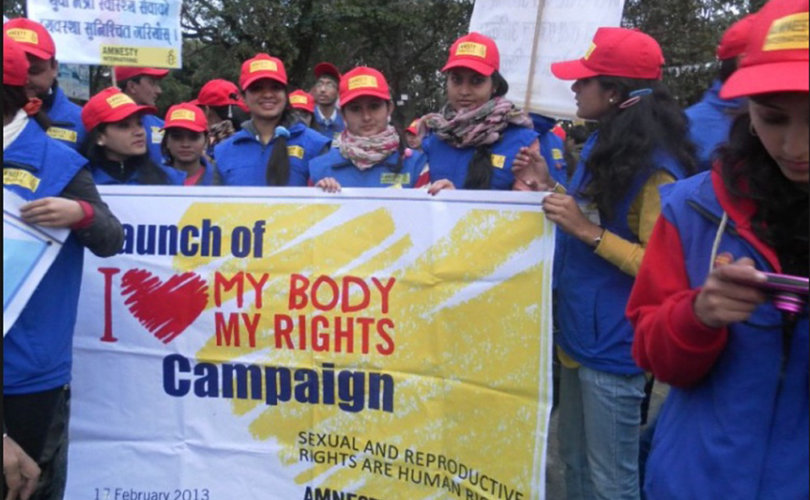 NEW YORK, February 10 (C-Fam) – The European Parliament has launched a campaign to promote abortion among the continent’s adolescents.

At a recent interactive conference, “My Body, My Rights”, a campaign entitled “#AllofUs” sought to indoctrinate future European leaders. The Socialist and Democrats’ Progressive Alliance Group and the Alliance of Liberals and Democrats organized the event for Europe Group (ALDE), the Greens and European United Left (GUE).

The conference claimed to be a “timely opportunity to discuss different strategies aimed at improving young people’s access to information, contraception and advice services, by developing youth-friendly health services, and empowering young people to participate in the decisions that affect their lives.”

This claim referred to the recent reinstatement of the Mexico City Policy by U.S. President Donald Trump, which subtracted millions of dollars from the international pro-abortion industry. It also referred to the multiplication and increased support for pro-life movements and pro-life leaders throughout Europe. The conference agenda stated, “Not only in the U.S., where an ultra-conservative vice president wants to turn back time. Also in Europe we are witnessing a severe conservative backlash in the SRHR area for example in Hungary, Poland, the UK and other countries.”

The reference to “youth empowerment” suggested going beyond the already-controversial right of adolescents to access abortion freely and confidentially.

Quoting WHO and its ongoing regional consultation on the development of the European action plan for SRHR 2017-2021, the draft program of the conference mentioned the “importance of investing in a comprehensive and appropriate sexuality education for children available to all age groups.” It reported “the need of including children and adolescents as well as their parents, through an inclusive European policy strategy that embraces the importance of sexual and reproductive health and rights.”

While their presence proves the persistent commitment of the European left to the promotion of abortion as a human right, including among the youth, it is worth noting that each of them sits on the European Committee on Women’s Rights and Gender Equality (FEMM).

At FEMM’s request, the Directorate-General for Internal Policy of the European Parliament recently published a study on “Sexual and Reproductive Health and Rights”.

Last week, a young French politician, Marion Maréchal-Le Pen, provided pushback saying that abortion cannot be considered a form of “empowerment.” Speaking at the French Parliament, Maréchal-Le Pen condemned a new bill that seeks to limit the French people’s freedom of expression by banning anti-abortion websites. On a personal note, she said that she is happy to be born “an accident.”

This article was originally published on C-Fam's Friday Fax and is re-published with permission.