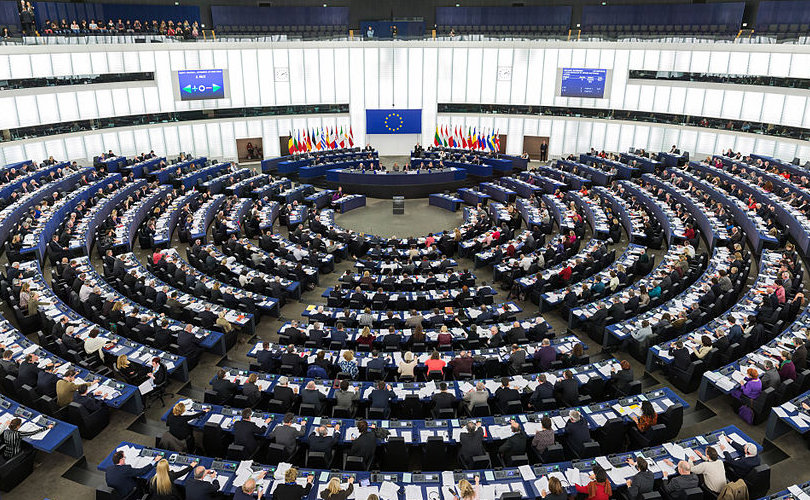 The case has captured the world's attention, with Pope Francis and President Trump both siding with Charlie's parents and offering to help.

Then, the European Court of Human Rights also sided with the hospital. Charlie was scheduled to die on Friday, June 30, but his parents have been granted more time with him.

International pro-life activist Rev. Patrick Mahoney told LifeSiteNews that the hospital could pull the plug on Charlie at any time now, and that he may lead a team of activists to England tomorrow to try to help in any way possible.

Charlie's parents aren't even allowed to bring him home to die.

In an open letter to UK Prime Minister Theresa May and Health Secretary Jeremy Hunt, the 37 MEPs wrote they were “obliged to voice our deepest concerns about the outrageous outcome of Charlie’s case, which infringes Europe’s most fundamental values, particularly the right to life, the right to human dignity and personal integrity.”

Slovak MEP Miroslav Mikolášik, Chairman of the EPP Working Group on Bioethics and Human Dignity in the European Parliament, launched the initiative.

“Love for children often leads parents to go beyond what is normally possible when it comes to their child’s well-being; just as in the case of Chris Gard and Connie Yates who managed to raise £1.4 million to finance in our understanding ethically viable innovative medical procedures that could bring them and others hope,” they continued. “They have successfully found an experimental treatment in the United States. Paradoxically, they are still facing the resentment of their home country and their immense long-term effort seems to have fallen in vain.”

All forms of government are meant to “help” and “protect” citizens, the MEPs wrote. “This is the fundamental principle underlying modern democratic systems.”

“How is it then possible that even today, in the 21st century, in times when we ourselves designate our era as one which respects fundamental values of life and human dignity, that the United Kingdom does not act in the best interest of its citizens? Is this truly the way we want to go?” they asked.

The signers “intend to answer” that question “with a clear 'NO' and strongly condemn the shameful conduct that undermines these values of our civilised society,” they concluded.

The full letter and list of signatories can be viewed here.