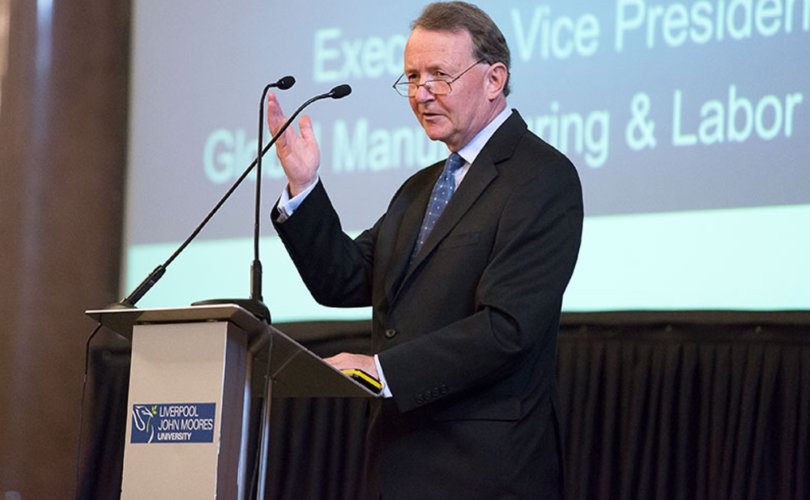 August 8, 2018 (LifeSiteNews) – After more than sixty Irish TDs and Senators signed a letter calling on the Argentinian Senate to legalise abortion in the first 14 weeks of pregnancy, another, very different letter has been sent to the same legislature from British and Irish Parliamentarians.

The pro-abortion letter was organised by Amnesty International. It is sent ahead of the vote in Argentina’s Senate on August 8. This vote will decide whether a bill legalising abortion for the first 14 weeks becomes law. In June, the same bill narrowly passed through the lower house of Argentina’s Congress.

In the pro-abortion letter, TDs and Senators claimed that by criminalising abortion, Argentina is “violating women and girl’s human rights”. It went on to point to “our experience in Ireland [which] illustrates that legislating to safeguard women’s access to safe and lawful abortion services is both necessary and possible. We urge that you, the members of the Argentinian Senate, now seize this momentous opportunity to put an end to the injustices against women and girls by voting favour of this Bill.”

The letter is signed by elected representatives from all the main Irish political parties and some Independents. Notably one political party, Sinn Fein, has signed this letter on behalf of all its members.

In contrast another letter has been sent to the Argentinian Senate ahead of the August 8 vote. It comes from an English Lord and an Irish Senator. In their letter pro-life advocates Lord David Alton and Senator Rónán Mullen point out that there is no right to abortion in human rights law as understood by the European Court of Human Rights. They also point out that as recently as 1990, Argentina signed up to a United Nations Convention affording legal protection to the unborn.

The full text of the letter:

We write to you as you consider the legislation currently before the Argentine Senate which proposes to allow abortion on demand up to 14 weeks of pregnancy.

This legislation would, by design, remove the right to life from the unborn child at the earliest stages of development. The right to life is a core fundamental right in international human rights law. There is no right to abortion in human rights law; in Europe, the Grand Chamber of the European Court of Human Rights has reiterated this fact on numerous occasions. Furthermore, Argentina ratified the United Nations Convention on the Rights of the Child in 1990; the preamble of the Convention declares as follows:

“[T]he child, by reason of his physical and mental immaturity, needs special safeguards and care, including appropriate legal protection, before as well as after birth.” [Emphasis added].

The unborn child is a living human being and is entitled to all of the same rights as other members of the human family. The consistent pressure to introduce abortion in Argentina from foreign organisations lacks a basis in international law and should be ignored.

The destruction of an unborn child up to 14 weeks of pregnancy ignores the scientific realities that the unborn baby has arms, legs, toes, fingers, ears and a face at the 10-12 weeks stage of pregnancy. The ending of pregnancy by taking the life of the unborn child for no medical reason whatsoever is not healthcare.

We would urge Argentina not to make the mistakes of other countries by accepting this legislation. A truly compassionate solution to an unwanted pregnancy is to offer all the necessary support to a woman to use the adoption process to place her baby with a loving family if she does not wish to raise the child. This offers the baby an opportunity to grow up in an environment where they are cherished.

Abortion is not compassionate for either the woman or the child. Real compassion is based on protecting life, not ending it.

Argentina currently allows access to abortion in specific cases, including rape and risk to the mother’s life. An estimated 500,000 abortions take place in Argentina every year representing four out of ten pregnancies.