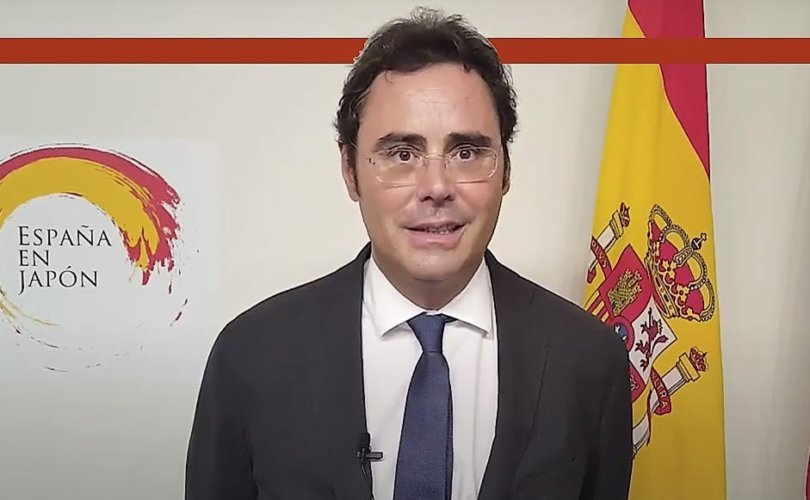 (LifeSiteNews) — In a shocking interview, Spain’s former ambassador to Japan, Jorge Toledo Albiñana, said the European Union (E.U.) wants a “peaceful reunification” between China and Taiwan with the end goal of having China as a “partner” to “rule the world.”

“The E.U. does not defend the independence of Taiwan but the peaceful reunification. We believe that there should be only one China,” Albiñana told Spanish newspaper La Vanguardia in an interview published last Sunday.

Albiñana also told the paper that the E.U. sees China as a “partner” on the global stage, and that it is “essential and necessary to have China to rule the world.”

Getting into specifics, Albiñana cited the COVID-19 so-called pandemic, Iran’s nuclear weapons program, and the alleged “climate crisis” as some of the pertinent issues the E.U. and world need China’s help with tackling.

The E.U. strategy defines it [China] as a partner. It is essential and necessary to have China to govern the world. Without its help we cannot address global challenges such as the pandemic and the climate crisis. It is an important partner in reaching an agreement with Iran on nuclear weapons.

Albiñana is due to take up his new role as E.U. ambassador to China in early September.

As expected, Albiñana’s statement caused an uproar among Taiwanese officials and other EU politicians, who have strongly condemned the idea that the Chinese Communist Party (CCP), which has never ruled Taiwan, should assume control of the sovereign island nation.

“Now is the moment to stand firm on the side of Taiwan,” EU Vice President of Parliament Nicola Beer said.

“No, we do not ‘need China to rule the world.’ Why are we sending an ambassador to negotiate our capitulation? It would be cheaper to send a white flag,” chimed in MP Matas Maldeikis of Lithuania.

No, we do not “need China to rule the world”. Why are we sending an ambassador to negotiate our capitulation? It would be cheaper to send a white flag.https://t.co/vxby27LvOS

Concern over the rapid growth of China’s influence on the world stage has been a hot-button issue in the West, particularly since the onset of the conflict between Russia and Ukraine.

Just last month, Chinese and Russian officials publicly talked about their joint effort in creating what they call a “democratic world order,” something that John Mearsheimer, international relations expert and professor at the University of Chicago, warned would happen if the West continued to push NATO expansion in Eastern Europe and thereby further alienate Russia.

According to Mearsheimer, while Russia would normally act as a natural ally with the West for the self-interested goal of keeping China’s hegemonic desires in check, America and NATO’s aggressive push to limit Russian influence in Europe has effectively thrown Russia into the arms of China, leading the two massive nations to form a mutually beneficial anti-Western and anti-American alliance.

Mearsheimer has also explained that the first step of Chinese hegemony would be the overtaking of Taiwan, as it is the “first island chain” surrounding mainland Asia.