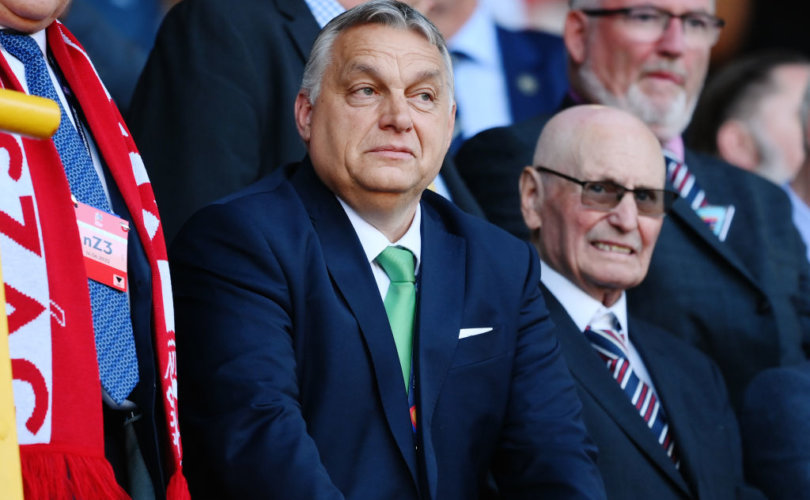 BRUSSELS (LifeSiteNews) – The European Commission, the executive branch of the European Union (EU), is taking Hungary to the EU’s highest court over its pro-family law banning the promotion of homosexual and “transgender” materials to minors in schools.

In a statement released Friday, the European Commission “decided to refer Hungary to the Court of Justice of the EU” over the government’s refusal to revoke its Children Protection Act, which outlaws the promotion of hyper-sexualized content, including pro-LGBT materials, in schools in an effort to clamp down on pedophilia.

EU bureaucrats took exception to the pro-family legislation after it was passed in June last year, accusing the nation’s conservative Fidesz government, led by the increasingly popular Prime Minister Viktor Orbán, of discrimination against LGBT-identifying citizens with the new law and violating the principles upon which the EU allegedly stands.

In June last year, following the enactment of the policy securing the protection of children’s rights, president of the European Commission Ursula Von der Leyen vowed to legally challenge the central European nation on the law, promising to “use the powers invested in [the Commission] … on whichever member state impedes European law.”

The “Rule of Law Conditionality Mechanism” was enforced, which “makes the receipt of financing from the Union budget subject to the respect by the Member States for the principles of the rule of law,” effectively making any funding from the bloc subject to alignment with the EU’s core “values” of the day, including LGBT promotion.

An appeal by both Hungary and Poland to the European Court of Justice to overturn the mechanism was rejected the month before on the basis that it had been “adopted on an appropriate legal basis … and respects in particular the limits of the powers conferred on the European Union and the principle of legal certainty,” cementing Hungary’s fate.

— Article continues below Petition —
Parents' Pledge: We will pull our children out of explicit sex-ed classes
Show Petition Text
3936 have signed the petition.
Let's get to 4000!
Thank you for signing this petition!
Add your signature:
Show Petition Text

Staunchly defending traditional family values and rejecting the meddling of the EU in national politics, Orbán responded at the time: “European Parliament and the European Commission want that we let LGBTQ activists and organizations into the kindergartens and schools. Hungary does not want that.”

“Brussels bureaucrats have no business at all… No matter what they do, we will not let LGBTQ activists among our children,” he added.

Friday’s court referral is the latest step taken to pressure Hungary into bowing to the LGBT agenda pushed upon the 27-nation bloc by the EU.

“The protection of children is an absolute priority for the EU and its Member States. However, the Hungarian law contains provisions which are not justified on the basis of promoting this fundamental interest or are disproportionate to achieve the stated objective,” the statement argued.

Christian Wigand, a spokesman for the European Commission said that the “Commission decided to bring the case to court because the Hungarian authorities have not sufficiently addressed the Commission’s concerns and have not included any commitment from Hungary to remedy the situation.”

Orbán has publicly defended the importance of the family throughout his 12 years as Hungarian prime minister, recently stating that “the family is the most important community of our times” at the Vatican after meeting with Pope Francis in April.

Orbán, who had won re-election as Hungary’s leader for the fourth time in a landslide victory just two weeks prior, said that the “last refuge and the safest harbor for man in this modern world is the family. This is why we must mobilize all our efforts to protect and strengthen this most important human community in our modern age, and we can count on the Holy Father in this endeavor.”

In May, the EU’s longest serving prime minister criticized western nations over their unqualified adoption of the transgender ideology, vowing to “protect our families” against the overwhelming influence of identity politics.

“We shall not let gender activists into our schools, and in Hungary a father shall be a man, a mother a woman, and our children shall be left alone,” Orbán stated

“We stand for peace and security in Hungary, and we shall not accept economic measures that would ruin Hungarian families.”