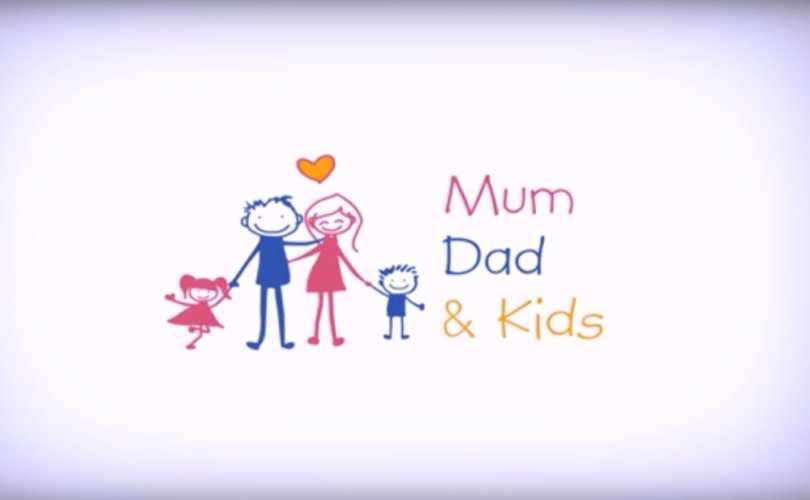 BRUSSELS, April 28, 2016 (LifeSiteNews) – A coalition of Christian and pro-family groups in seven countries, calling itself “Mum, Dad & Kids,” is campaigning to gather one million signatures across Europe to get the European Union to consider legislation establishing the natural definition of the family and marriage.

Groups such as Hungary’s Emberi Méltóság Központ, and France’s La Manif pour Tous, and others in Croatia, Hungary, Poland, Sweden, Portugal, Slovakia, and Germany are jointly campaigning for the necessary one million signatures to propose legislation to the European Commission, the EU’s executive. The commission can choose to put the bill before the European Parliament or not.  The group has until December 11 to marshal its support.

The proposal argues that the law is needed because the institution of the family is being eroded by social forces at the same time as its meaning is being muddied by new EU laws defining it to include people in “a committed relationship in a joint household”—covering both same sex relationships and unmarried heterosexual ones.

This is not good enough, the organizers say. They want “marriage” to mean “solely a permanent and life-long union between one man and one woman” and “family” to mean only the married couple, “their common progeny and their direct descendants.”

The coalition argues that marriage has existed as a legal entity with special protection because it has a clear benefit for the common good, the bearing and rearing of children.

Parents who merely have produced a child but form no relationship together to raise her are not in a family, the coalition contends. Nor does the existence of “sentiments of love” between two adults make them a family unless they “freely express” their will to “found a family.”

The proposed law does not force individual countries to accept the coalition’s definition of marriage. But it does apply one definition to all European Union legislation and rescinds recent efforts to sneak in definitions that implicitly include homosexual couples.

It would also set up a legal firewall so that what is accepted as a family in one country cannot be forced onto another country. Therefore, if one country accepts and ratifies polygamous marriages, and one such family moved to another country that did not accept that definition, the second country would not be required to recognize or enforce spousal support for more than one wife.