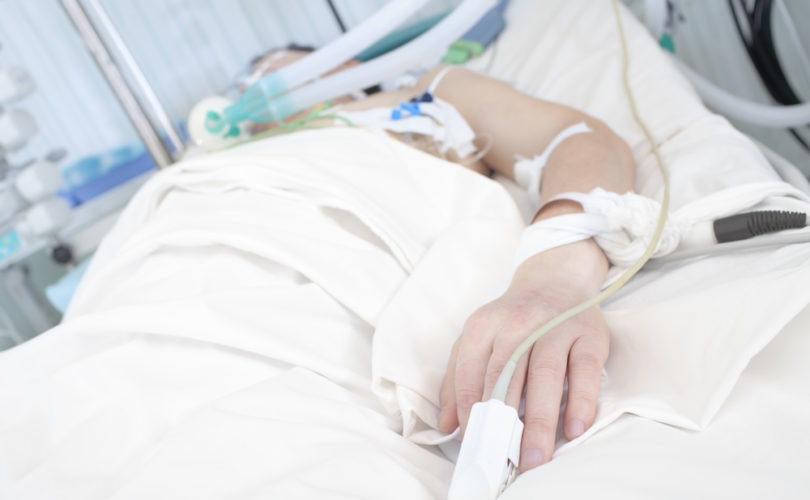 “I have not seen a more open attack on the freedom of conscience of doctors for a long time. Overall, the press release reads as if one of the euthanasia organizations had dictated it to the court,” Dr. Paul Cullen, head of an organization of pro-life doctors in Germany, said of the summary of the ruling.

On February 26, the supreme constitutional court of Germany argued that the constitution guarantees “the right to die in a self-determined manner,” including the right to commit suicide and to be helped by others in that endeavor. After the ruling, the law banning assisted suicide lost its validity.

The eight judges derived a right to assisted suicide from article 2 of the German constitution. “Every person shall have the right to free development of his personality insofar as he does not violate the rights of others or offend against the constitutional order or the moral law,” it states.

They also referred to article one, which speaks of “human dignity” being “inviolable.”

Additionally, the court said that few doctors are willing to assist a person wanting to commit suicide. The judges went on to suggest changing the code of medical ethics, which in many parts of Germany prohibits doctors from helping with suicide.

“Ärzte für das Leben” (ÄfdL), the organization of pro-life doctors, feared the ruling might lead to the end of freedom of conscience for doctors.

“We must, however, be concerned about the barely concealed threat to doctors to change their code of medical ethics in such a way that they have little legal leeway in the area of the right to life,” said Cullen.

Cardinal Reinhard Marx, president of the German Bishops’ Conference, said Wednesday’s ruling represented “a turning point in our culture, which is aimed at affirming and promoting life.”

In a joint statement with the head of the Evangelical Church in Germany, Heinrich Bedford-Strohm, Marx pointed out that opening the doors to assisted suicide could, in a subtle way, put pressure on people who are old or sick to make use of such programs.

“The more normal and accessible options for helping people to commit suicide become, the greater the danger that people in an extremely stressful life situation will find themselves under internal or external pressure to make use of such an option and end their own lives,” he explained.

Emphasizing the value and dignity of each human being, Marx said that “God has created man in his own image” and “is responsible for his life before God.”

The archbishop of Munich and Freising has been called out by faithful Catholics for his problematic positions, for instance on admitting divorced and remarried people to Holy Communion or blessing homosexual couples. However, he has shown more respect for the Church’s stand on suicide.

In 2014, the cardinal said in an interview that even small exceptions to a ban on assisted suicide would be “a slippery slope.”

He mentioned talking to a doctor providing both palliative and hospice care. “Like many others, he discovered that almost all patients in the dying process give up the desire to be killed by their own hand or that of somebody else as soon as the pain therapy takes effect and they experience the benevolent closeness of other people.”

Bishop Rudolf Voderholzer of Regensburg said permitting euthanasia would eventually make dying a duty. That way, the right to die in a self-determined manner would be determined by somebody else.

Echoing the president of the German Bishops’ Conference, Voderholzer pointed out that many people contemplating assisted suicide for themselves are driven by a fear of pain and loneliness.

The head of the subcommittee on bioethics of the German Bishops’ Conference, Bishop Gebhard Fürst of Rottenburg-Stuttgart, only said that he regrets the ruling. People should not die by the hand of another person, he added, but while holding somebody’s hand.

None of the bishops pointed out that suicide in itself is a grave evil, as the Catechism of the Catholic Church clearly demonstrates.

“Suicide contradicts the natural inclination of the human being to preserve and perpetuate his life. It is gravely contrary to the just love of self. It likewise offends love of neighbor because it unjustly breaks the ties of solidarity with family, nation, and other human societies to which we continue to have obligations. Suicide is contrary to love for the living God.”

“Grave psychological disturbances, anguish, or grave fear of hardship, suffering, or torture can diminish the responsibility of the one committing suicide,” the catechism cautions.

“Just as man cannot bring himself into being, a society should not create the conditions for him to take his own life at any time,” ALfA wrote in a statement. It is “particularly frightening” that the court “wants to see this right to suicide applied to all phases and situations of life. This means that everyone has the right to suicide, regardless of age and illness.”

Claudia Kaminski, the head of ALfA, pointed out that the role of doctors in procuring the drugs necessary to help a person commit suicide is highly problematic. “It is a doctor’s job to heal and save a life, not to end it prematurely, even if this is the will of the patient in the individual case,” she said.

Jürgen Liminski, a journalist and author of pro-family books, pointed out to conservative newspaper “Junge Freiheit” that the judges’ interpretation of the constitution has very little to do with the intentions of those who created it.

The founding fathers of post-war Germany “did not foresee many sociopolitical developments and developments in the history of ideas. Just think of the emptying of the terms marriage and family in article 6 of the constitution.”

The constitution was drafted by a parliamentary council in 1948 and 1949. The chairman of the council was Konrad Adenauer, a devout Catholic and the first chancellor of the new republic.

“Their view of the world was still shaped by the basic concepts of dignity and person, which are anchored in a creator and are accountable to him,” Liminski explained.

“It is not without reason that the preamble of the constitution begins with these words: ‘Conscious of their responsibility before God and man …’ The total individualization of the concept of dignity and person and the decoupling of this duo from its roots in the creator in the last four or five decades has also changed the relationship to death and life.”

The supreme constitutional court said it is still up to lawmakers to regulate assisted suicide. However, they are not allowed to make it as inaccessible as it used to be.

New bills will be introduced soon.