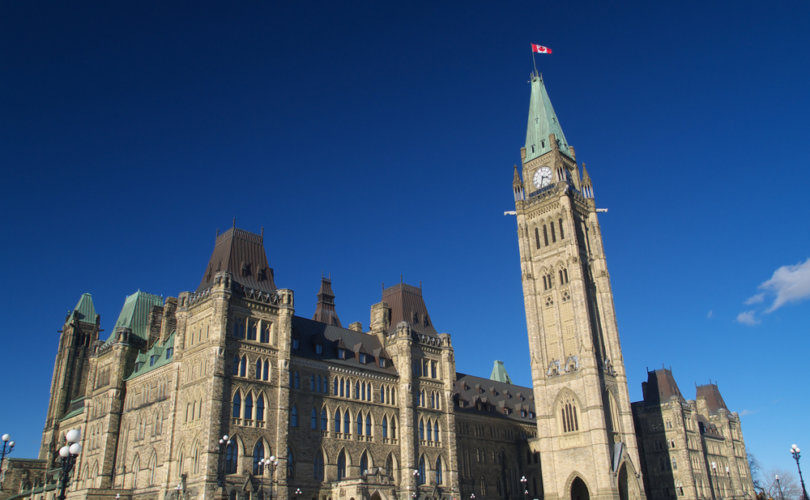 OTTAWA, May 4, 2016 (LifeSiteNews) — The Liberals’ controversial euthanasia bill resoundingly passed second reading Wednesday night by a 235 to 75 vote after the government passed a “guillotine” motion to close debate on the draft legislation after only two-and-a-half days.

The bill will now go to the House justice committee for study and possible amendments, before returning to the House for third and final reading.

Winnipeg Liberal MP Robert-Falcon Ouellette was the lone member of his party to vote against his government’s bill, which has drawn fire from both pro and anti-euthanasia advocates. His decision to vote against shutting down debate drew him high praise from all three Opposition parties.

That's one brave MP @DrRobbieO – sole Liberal to vote against closure on #C14. Shame on Liberals for anti-democratic closure.#hw #cdnpoli

Big props to @DrRobbieO, the only Liberal member standing up to his party on their shameful decision to end debate on euthanasia. #cdnpoli

Only 84 of the 337 MPs in the House of Commons had had a chance to speak to Bill C-14 before the Liberals moved to force second reading vote and send the bill to committee.

The Liberal motion to close debate on the bill passed earlier by a vote of 165 to 140, but not before a number of opposition MPs, including lone Green Elizabeth May, denounced the move in a highly charged half-hour debate.

She also blamed the Conservatives for not taking then-Liberal leader Justin Trudeau’s suggestion, shortly after the Carter decision of February 2015, to strike an all-party committee to recommend legislation, and for not agreeing to extending debate Tuesday evening.

But veteran Tory Jason Kenney said that in all the 19 years he has been an MP he could not “recall a single instance where government imposed the guillotine on debate on a grave matter of moral conscience, on a matter of life-and-death ethics, on a matter such as euthanasia, capital punishment or abortion.”

“The ancient convention of this and other of Westminster parliaments has been on such matters to allow every interested member to speak,” noted the MP for Calgary Midnapore.

I cannot recall a govt shutting down Parliamentary debate on a grave matter of moral conscience, as the Liberals are now doing on euthanasia

“This is an abomination and it violates my privileges as a Member of Parliament,” protested Conservative MP Blaine Calkins. “I am absolutely outraged about this… I am going to lose my opportunity to speak.”

The Liberals are “only going to let only one in four MPs speak on this issue of the sanctity of human life,” added the MP for Red Deer, Alberta.

“It is incredible that members on that side of the House are laughing about shutting down debate on one of the most important issues that this Parliament will confront, an issue that impacts thousands of Canadians not just for today but for decades to come,” Tory MP Michael Cooper said.

Wilson-Raybould insisted that MPs had had “ample opportunity to debate the bill.”

“We certainly have heard from every member in this House that wanted to speak,” she added later.

But Tory MP Lisa Raitt accused the Liberal justice minister of “spewing lies” by that suggestion, and that “she should apologize.”

After Raitt was rebuked by Liberal House Leader Dominic LeBlanc, who brought the guillotine measure forward, and by the Speaker, she conceded that “lies” was “perhaps not a good word,” but that the debate was “emotional.”

“In the previous government, they would allow five days of debate,”  he said. The Liberals “are shutting us down after two-and a half days only.”

“I’m appalled at the other side to what they have done to us here, we need to fully look at this bill,” Conservative MP Mel Arnold in the final hour of debate.