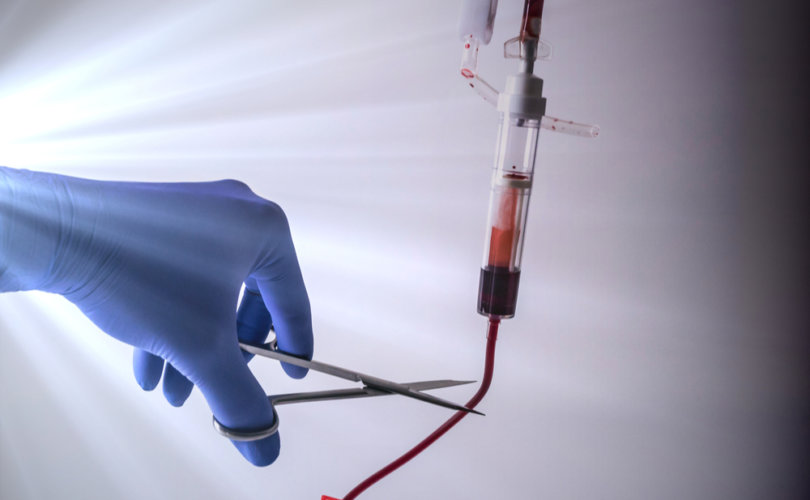 (Euthanasia Prevention Coalition) — The Sixth annual report from Quebec’s commission on end-of-life care for the year April 1, 2020, to March 31, 2021, was submitted (unannounced) to Québec’s parliament, the National Assembly, on October 20, 2021. It was thanks to the Physicians’ Alliance Against Euthanasia that we learned of the report’s release.

The report indicates that there were 2,426 euthanasia deaths, up by 37% over the previous year, representing 3.3% of all deaths.

Quebec is the only province to exercise any public oversight of its euthanasia program. Furthermore, Quebec’s system includes a mechanism that is supposed to verify that doctors submit reports of euthanasia they authorize and perform. The problem is, the number of euthanasia deaths reported by doctors is always less than the total reported by hospitals, institutions, and the College of Physicians of Québec, and the Commission on End-of-life care cannot account for the discrepancy.

However, table 4.1 (on page 32) tells a different story; it shows that 3,412 MAiD requests were received, 990 of which did not end in euthanasia. (Alert readers will note that subtracting 990 from 3,412 does not yield 2,426.) Footnote b of table 4.1 acknowledges this inconsistency, without explanation:

The sum of administered and unadministered MAiD does not correspond to the number of MAiD requests declared by the institutions. [my translation]

Table 4.1 also shows the number of euthanasia reported by hospitals, nursing homes and other facilities (2,415) added to the number reported by the College of Physicians (273) for a total of 2,688, which is 262 more than the official figure of 2,426. The Commission explains this discrepancy in footnote 29 on page 47:

The Commission notes that the number of MAiD reported by facilities and the Collège des Médecins du Québec (CMQ) is different from the number of MAiD declared to the Commission. This is partly explained by the fact that certain MAiD were declared twice; to the CMQ and to an institution. The Commission will make the necessary verifications to ensure that it has received the declaration form for all administered MAiD reported by the establishments and the CMQ. [my translation]

This has been a consistent problem with the verification procedure established by sections 8, 37 and 46 of Québec’s Act respecting end-of-life care (ARELC, the law governing euthanasia), and has appeared in every annual report since the euthanasia program began on December 10, 2015.

The program has been plagued with backlogs and missing reports from physicians who filed their declarations late or not at all. It raises important questions as to the efficacy of a verification procedure that never works properly, and consistently reveals problems which are never addressed. Even if half of the 262 missing reports are duplicates, that still leaves 131 people whose deaths were not properly reported by the doctors who caused them. It also undermines the credibility of the rest of the Commission’s claims.

On page 10, the Commission says it ruled on 2,179 reports of euthanasia by doctors, finding seven violations of the euthanasia law, for a compliance rate of 99.7%. (In the 2019-2020 report, the Commission evaluated 1,711 doctors’ declarations and found nine infractions.) “The Commission concluded that one of the requirements relating to the administration of MAiD decreed by the ARELC had not been met in less than 1% of the cases … The requirements that were not met were mainly of an administrative nature.”

While the Commission may consider ineligibility for MAiD and failing to verify persistence of suffering as “administrative” problems, all the identified violations are linked to important safeguards meant to prevent errors and abuse. As well, it’s probably safe to assume that at least some of the euthanasia deaths reported by hospitals, institutions, and the College of physicians without corresponding doctors’ reports (which were therefore not looked at by the Commission) had similar problems.

In other words, it’s a stretch to believe that where there is a discrepancy of 262 euthanasia reports, the compliance rate would nevertheless be 99.7%. Further to that, since the law requires the doctor who carried-out the euthanasia to be the same doctor who sends in the report, that this self-reporting system may result in some doctors not reporting controversial euthanasia deaths.

Taking the official figures, the number of euthanasia increased by about 37% this year, slightly lower than the 39% increase from last year and representing approximately 3.3% of all deaths in Quebec.