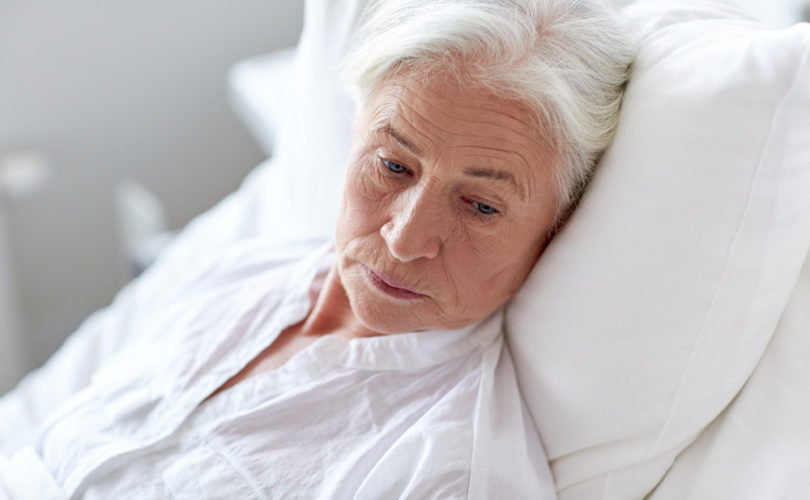 February 12, 2020 (LifeSiteNews) – The Dutch “end-of-life clinic” that specializes in euthanasia for those who have difficulty obtaining a lethal shot from their own family doctor has registered a sharp increase in the number of patients hoping to avail themselves of its services.

In 2019, no less than 3,122 people contacted the institution in the Hague hoping to see their death wish honored. This was a 22 percent increase compared with the two previous years, when the clinic’s “clientele” seemed to have reached a stable plateau.

The proportion of demands followed by death — what is now called the “Expertise Centrum Euthanasie” — has remained roughly the same at 29 percent, which means that in absolute figures the Center has organized an unprecedented number of euthanasias. There were 898 people killed by its teams in 2019. Of those cases, 885 have already been assessed by the Netherlands’ regional euthanasia review committees and found fully compliant with the law.

One of the most “remarkable” increases in demand, according to the Expertise Centrum, was dementia patients. Requests went up from 70 to 96 between 2018 and 2019. It is not known how many of these were followed by a voluntary end-of-life procedure.

But the NVVE (Netherlands Association for a chosen end-of-life), which originally created the end-of-life clinic in 2012 as a tax-exempt foundation, is certainly pushing to make that record even higher.

The NVVE is celebrating its annual “Euthanasia Week” from February 7 to February 14. Festivities include large numbers of mainly pro-euthanasia stories in the media; NVVE also organizes meetings locally throughout the country in order to push people to talk about the issue. Dementia and the possibility of euthanasia for dementia patients are high up on the list of themes.

Psychiatric suffering and the death wish of those who have had “enough of life” are also on the agenda, with NVVE activists giving information about the best way to make a living will and to formulate advanced directives in order to make sure to get euthanasia when one wants it.

The Expertise Centrum Euthanasie revealed that it received an average of 13 euthanasia requests every working day. Demands have gone up even more speedily since July 2019. It was the first month that more than 300 patients asked for “help.” It is expected that more than 3,300 people will do the same in 2020.

They are catered to by a team of some 140 doctors and health care providers throughout the country. These “death squads” consist of a doctor and a nurse who perform euthanasia in the patient’s own home, usually between 15 days and two months after a request has been submitted. For psychiatry patients, the waiting period is longer and can reach up to one year.

These death teams each perform an average of 12 euthanasias per year; the center hopes not to go above that figure.

This is one of the reasons why the end-of-life clinic changed its name in September. Contrary to what was imagined when it was created eight years ago, there is no “hospital” facility at the center’s headquarters in The Hague, as an overwhelming majority of patients prefer to die at home.

On the other hand, the Euthanasia Expertise Center employs an army of doctors, psychiatrists, nurses and case managers who have a double function: helping people who find it difficult to obtain euthanasia to fulfill their death wish, and giving advice to doctors were confronted with requests and need any kind of information, either technical or otherwise.

The big question is now whether “ordinary” euthanasia, as procured by patient’s own doctors and medical teams, will also be found to have been on the rise in 2019. A slight decline in 2018 was not deemed to be significant in the long run.

Are more people reaching out to the Euthanasia Expertise Center, while house doctors are showing themselves increasingly wary of providing euthanasia? This could be one explanation for the sudden increase.

That, after all, is the centers’ reason of being: making sure that people who face rebuttal on the part of their own healthcare centers, who cannot or will not provide euthanasia or who consider the request incompatible with the law’s guidelines, can all the same find an obliging doctor.

The euthanasia doctors’ center by definition is just that. One of them was under the spotlight in 2016 when a television documentary was filmed of a generally healthy 68-year-old woman who had semantic dementia and who repeatedly used childish expressions like “I want bammo” that were interpreted as a death wish. She was euthanized while the TV cameras were filming. Also, the act was deemed compliant with the law.

First-ever criminal proceedings in a euthanasia case since it became legal in 2002 took place in the Netherlands last year. That case ended with the acquittal of a female doctor who had euthanized an Alzheimer’s patient who at the time of death was visibly resisting the fatal shot and was no longer capable of expressing her will.

Doctors in the Netherlands now certainly have more elbow room when faced with a living will previously made by a person who was not suffering from dementia.

On the other hand, commentators and the Netherlands underscore the fact that as the population grows older, and euthanasia having become generally acceptable in the view of the public, it is likely that demand will continue to increase. Most cases involve terminal cancer and patients are afraid of dying a terrible death.

At the same time, cases of psychiatric suffering are prompting more and more demands for euthanasia. The Euthanasia Expertise Center says there is “high need” for professionals who can assess those requests and is finding it difficult to hire enough psychiatrists.

Perhaps these physicians still overwhelmingly prefer to help their patients live, not die.