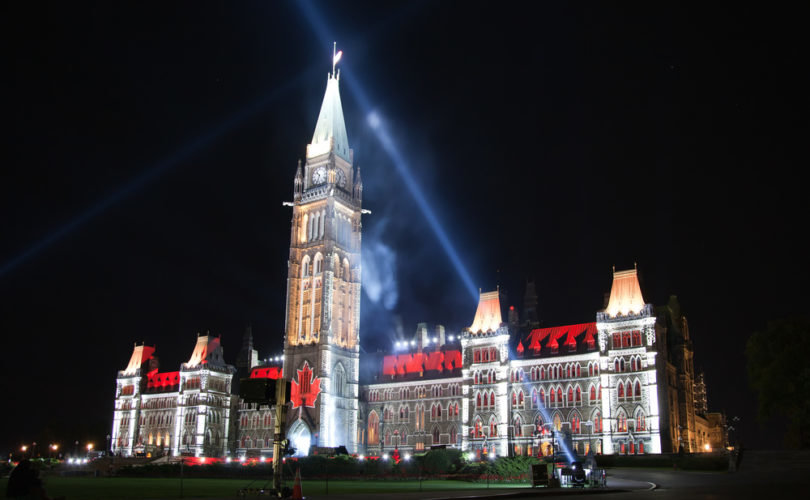 OTTAWA, February 2, 2016 (LifeSiteNews) — Because mentally ill people suffer from “cognitive distortions” that “impair insight and judgment,” their situation speaks “directly to the Court’s concern about ensuring the person is not induced to take his or her life at a time of weakness,” a top psychiatrist warned the special joint committee on “physician-assisted dying” last week.

“The tricky part about mental illness is that sometimes the illness can actually undermine the patient’s autonomy,” Dr. Keran Deep Sonu Gaind, president of the Canadian Psychiatrists Association, told the committee on January 27.

“If a patient makes a decision because they’re unable to see something because of the illness, then how do we reconcile that with full capacity?”

The special parliamentary committee of five senators and 11 MPs, which convened January 18 and is now hearing public evidence, has until February 26 to come up with recommendations on a federal law to regulate “physician-assisted dying.”

Last February, the Supreme Court struck down the current law prohibiting assisted suicide and euthanasia as unconstitutional, and its ruling takes effect June 6, 2016.

That ruling permits physician-assisted suicide or euthanasia for a “competent adult person” who “clearly consents to the termination of life” and who “has a grievous and irremediable medical condition (including an illness, disease or disability) that causes enduring suffering that is intolerable to the individual in the circumstances of his or her condition…”

But the CPA is concerned with how that wording will be interpreted when it comes to mentally ill people, Gaind told the committee.

Clinically depressed people suffer cognitive distortions that include “negative expectations of the future” and a “loss of hope” even though there is “realistic hope” for improvement. They will experience “feelings of excessive guilt and worthlessness” or feel “like a burden to others.” They have “lower emotional resistance” and can experience moderate stress as “intolerable or overwhelming.”

As for “irremediable,” it cannot be defined as “incurable,” Gaind said, because many chronic conditions can be “remediated” and “treated and reduced even if not cured.”

Moreover, a narrow “biomedical” definition of “irremediable” overlooks the fact that “psycho-social factors” such as poverty or isolation “play an enormous role in a person’s illness experience, particularly so in many mental illnesses.”

“It’s essential to remember the person is more than just their illness,” he said.

Although the CPA, which represents 4,700 psychiatrists and 900 psychiatrist residents, has not yet finalized its specific recommendations on “physician-assisted death,” Gaind said the association holds that “necessary safeguards” would include “multiple assessors with suitable skill sets” who would perform “sequential assessments over a period of time” on the mentally ill patient who has asked to be killed by medical means.

Such multiple assessments would be an attempt to determine if the person has the capacity to make such a decision, and to “allow time” to use all available options to remediate the symptoms and change psycho-social factors affecting the patient’s condition.

Liberal-appointed Senator Serge Joyal questioned when a psychiatrist would intervene if the patient judged his or her own suffering to be “intolerable.”

The question hits on struggle between “the principles of beneficence and autonomy,” Gaind responded.

He gave the example of one of his own patients who has been “chronically suicidal, on and off” for years, and whose recent suicidal feelings were lessened when he received access to public transport, and could “be more independent and go around the city, and actually interact with people.”

“Sometimes when things seem irremediable to a patient in the state of depression it’s because cognitively they cannot see a future,” Gaind said. “They cannot anticipate that something positive could change.”

“That’s part of our role, then, to make that assessment if the cognitive distortions are impairing their decision.”

In that case, Joyal observed, the psychiatrist would “impose a treatment.”

That wouldn’t necessarily follow, Gaind said, noting that “capacity” is specific to each issue. “There’s a difference between imposing treatment and saying that a person lacks capacity to get a treatment.” The psychiatrist would make the decision if the patient was judged not to have the capacity, he stated.

There is a treatment called the “recovery model” in which patients learn from their mistakes, he added. “This particular decision, you can’t learn from it if it’s a mistake.”

Gaind also told the committee that psychiatrists have the right to choose not to be involved “in the physician-assisted death process.” But in such cases, the patients should have access to information and “the referral processes, including psychiatric resources as required.”