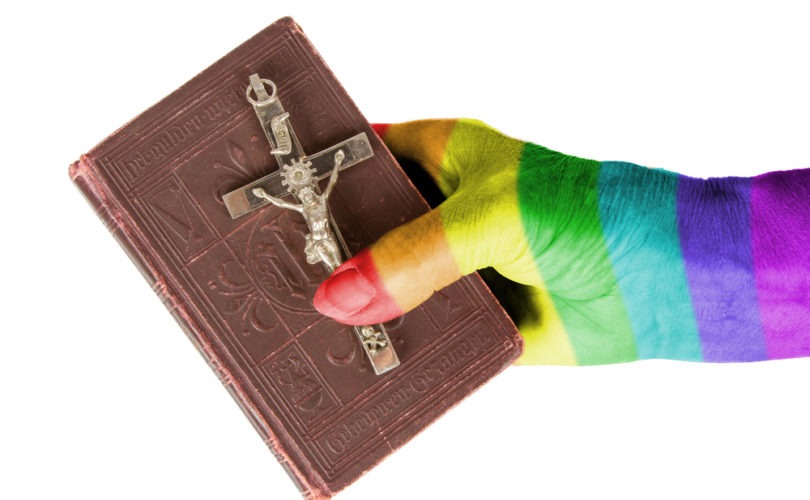 AZUSA, California, September 25, 2018 (LifeSiteNews) – A Christian university in California will no longer prohibit homosexual relationships on campus, and has agreed to student activists’ demands to create a campus “safe space” for LGBT students.

Azusa Pacific University (APU) teaches almost 10,000 students per year in an environment it claims “affirms the supremacy of Christ in all areas of life.” But the student newspaper Zu Media reports that the school has removed language from its Student Standards of Conduct prohibiting homosexual relationships on campus.

The document still forbids “sexual intimacy outside the context of marriage,” which APU’s Identity Statement on Human Sexuality defines as a “covenant between a man and a woman.” But LGBT-identifying students, who had previously met off-campus for the unofficial support club Haven, argued that specifically mentioning homosexuality unfairly singled them out.

The school accepted their claims, with Associate Dean of Students Bill Fiala explaining that the revised text “creates one standard for all undergraduate students, as opposed to differential standards for different groups.” He claimed the change didn’t change APU’s “identity as a Christian institution” or its “conservative, evangelical perspective on human sexuality.”

“Our values for the pilot program are inclusivity, love, bravery. Our goals are care, connection and conversation. These all seem like Christian values to me,” Fiala continued. “I believe that our program’s mission is alignment with the values of the university in caring for students and creating conversation about difficult topics.”

The dean gave no indication that helping students overcome homosexual attraction or gender confusion would be part of the program, instead articulating a decidedly more secular interpretation of love.

“I’m not a big fan of who’s right and who’s wrong in this conversation, I’m a big fan of caring for people,” he said.

Despite Green’s suggestion that most “same-sex romances” at APU would be celibate, Christianity teaches that it is not merely homosexual activity, but homosexual attraction itself, that is inherently disordered.

APU’s own sexuality statement cites Genesis 2:18-24 and Ephesians 5:31 to note that God meant for the different sexes to be brought “together as ‘one flesh,’ creating a solid foundation on which to build a family.” Moreover, most celibate homosexual couples would presumably want to become physical eventually.

“That’s all she wrote at Azusa Pacific. They can tell themselves whatever they like about their ‘spirit,’ but it’s self-deception,” Dreher wrote at The American Conservative. “This is how conservative institutions surrender: by giving up, then telling themselves (and their donors) that they haven’t surrendered. Saving face is not the same thing as saving the institution’s core values.”

“We are a bold and subversive Christian movement of intersectional queer glory: healing and working towards robust justice for all,” advertises the front page of the organization’s website. Its Resources page touts its “intersectional” character and opposition to “abusive theology.” Examples of “abusive theology” are not specified, but “intersectionality” is a popular concept in far-left circles that contends all minority groups are perpetually oppressed by predominantly white, straight, and male Judeo-Christian cultures.