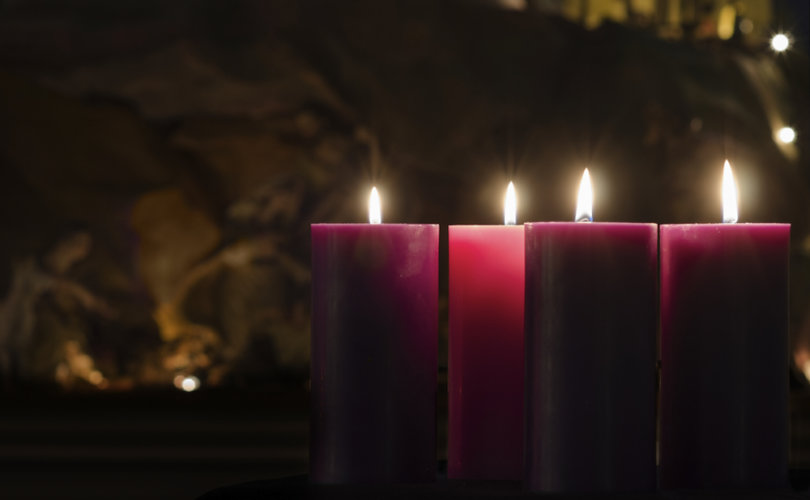 WASHINGTON, D.C., November 30, 2017 (LifeSiteNews) – The agency responsible for the metro transit system in our nation’s capital rejected a Catholic Christmas ad, so a Presbyterian minister and other locals will ride the city’s buses carrying the banned image in protest.

Rev. Patrick Mahoney, lead pastor of Church on the Hill DC and a seasoned human rights activist, said the Washington Metro Area Transit Authority’s (WMATA) prohibition on the Catholic Archdiocese of Washington’s “Find the Perfect Gift” ad is a “troubling crushing” of the First Amendment.

The ad, which the Archdiocese wanted to run on the sides of metro buses, shows sheep, shepherds, and a star. It invites people to visit a website that says “Jesus is the perfect gift,” Advent and Christmas traditions, and lists ways to help the poor. The website also lists Mass times.

“First of all, I applaud the Catholic Church for launching ‘The Perfect Gift’ campaign and reminding people all across our nation’s capital of what Christmas is really about,” Mahoney told LifeSiteNews in an exclusive interview. “That’s not consumerism or materialism but rather the powerful message that the Christ child gave us on Christmas Day: peace on earth and goodwill toward men.”

“I also stand with the Catholic Church in not being silent in responding to this outrageous trampling of a public expression of faith and the First Amendment and pursuing legal action against the transit authority,” he said.

The Archdiocese of Washington is taking WMATA to court over the matter.

If WMATA doesn’t reverse its stance, Mahoney and his followers plan to spend the weeks leading up to Christmas passing out hundreds of copies of the rejected Christmas ad for metro and metro bus riders to carry as they travel. They are calling the campaign “Christmas Spirit Rides.”

“When I saw this, I knew that the evangelical community could not be silent on this matter, that we had to make a strong public witness,” Mahoney told LifeSiteNews.

“We are also embracing the opportunity to share the beautiful … timeless message of Our Lord’s birth at Christmas,” he said. “In an odd way, it’s kind of fascinating how God works. This ‘Perfect Gift’ campaign has gotten hundreds of thousands of dollars in free advertising already.”

“I’ve seen the hand of God at work here,” Mahoney continued. “Now people all over our nation’s capital and the country are talking about this campaign and it’s also uniting the Body of Christ of all denominations together in one voice.”

Those opposed to WMATA’s rejection of the Christmas ad will gather at the Christopher Columbus statue by Union Station at 2 p.m. Sunday, December 3. After a press conference, they will board metro and metro buses holding copies of the ‘Find the Perfect Gift’ ad.

Mahoney is known for his creative “public witness” events.

Every year, Mahoney organizes a live nativity in front of the U.S. Supreme Court. This year’s nativity will be on December 13 at 11 a.m.

“Outside of baby Jesus and Mary, Junior the Camel is definitely the most popular attraction of the live nativity scene,” he laughed.

“If we can publicly display a nativity” outside the Supreme Court, then others should be able to “freely and openly share the message of Christmas,” he said. “We stand with the Catholic Church.”