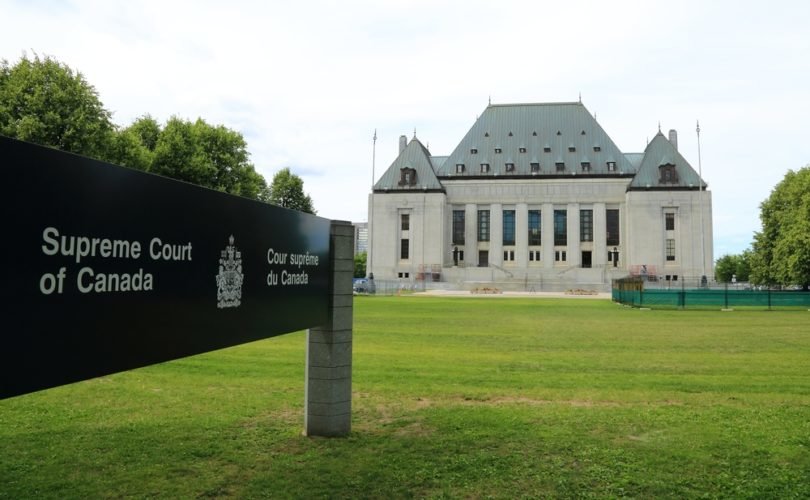 OTTAWA, June 19, 2018 (LifeSiteNews) — The Supreme Court of Canada’s landmark ruling against a Christian college continues to evoke blistering criticism across the political spectrum as a blow against religious freedom.

The Trinity Western University decision is “yet another giant step in the marginalization of conservative Christians, who are becoming an ever more endangered species in public life,” observed liberal-leaning columnist Margaret Wente in the Toronto Globe and Mail.

“This ruling doesn’t enhance the spread of tolerance. Its effect is to punish minorities and narrow the range of diversity,” wrote Wente.

“By denying people the right to congregate voluntarily in a small, private institution and practise their beliefs as they see fit, it pushes them to the margins. Is this really our idea of a tolerant, pluralistic society?”

It’s “almost comedic” for the court to invoke “promotion of diversity” as justification of its ruling, “as if it only means one thing,” echoed Anna Su, assistant professor at the University of Toronto Faculty of Law, in the CBC.

A private Christian college in Langley, British Columbia, associated with the Evangelical Free Church, TWU requires students sign a commitment to refrain, among other things, from sexual activity “that violates the sacredness of marriage between a man and a woman.”

The Supreme Court’s majority found that the law societies’ denial of accreditation infringed on TWU’s Charter rights but was justified to prevent harm and discrimination against LGBTQ students.

“Being required by someone else’s religious beliefs to behave contrary to one’s sexual identity is degrading and disrespectful. Being required to do so offends the public perception that freedom of religion includes freedom from religion,” noted the court’s majority opinion.

Su echoed many others in warning the very narrow view of religion in the TWU ruling essentially pushes it out of the public square.

“Beyond the legalese that underlies it, the Court has painted religion to be a matter of simple choice,” she wrote.

“If religion is mere preference, and for as long as the Court can reason that one can still believe within the confines of one's home or inside a church anyway, the Charter guarantee of freedom of religion means nothing,” Su pointed out.

“It means nothing to believers and their communities, and it should mean nothing to Canadian society at large.”

The judges also ruled that a “mandatory covenant is not absolutely required to study law in a Christian environment,” wrote Su.

But in doing so, the court substituted “its own judgment in place of that of the religious community’s, in clear contravention to its own past rulings,” including the recent Wall judgment, in which the court held that it is not “competent to decide matters of religious doctrine,” she noted.

TWU “deserves to have its claim not dismissed as choice or characterized as an imposition,” Su contended.

“The Charter, after all, is supposed to protect minority views from state coercion or interference,” she wrote.

“Instead, this decision turns the Charter on its head and transforms it ‘into a sword by effectively imposing Charter obligations on private actors,’ as Côté and Brown wrote in their dissent.”

The decision “is a huge step backward for religious freedom in Canada, and it makes Canada less free for everybody, not just Trinity Western,” warned John Carpay, president and founder of Calgary-based Justice Center for Constitutional Freedoms.

The Supreme Court ruling also “undermines the fundamental freedom of people to create their own voluntary associations and pursue their own objectives, and it gives people a right to undermine organizations that they happen to disagree with,” Carpay said.

“There are gay students at Trinity Western University and the rules there apply to everybody, gay or straight,” he said. “No swearing, no use of pornography, no sex outside of marriage. So nobody should have the legal right to force changes on a private association.”

That was echoed by Gwen Landolt, vice president of REAL Women, who says there is a “crisis” in Canada’s democracy.

“This decision has removed any doubt that the public can no longer have confidence in the impartiality and objectivity of the Supreme Court of Canada,” she wrote in a press release.

Moreover, the top court has usurped the role of Parliament to set public policy and is “using the Charter as a tool to manipulate decisions to broaden its jurisdiction until it has now become the final absolute authority in Canada,” she charged.

Landolt is calling for an amendment to the Charter “to restrain the courts, and to restore a deference to Parliament.”

An amendment must be approved by the House of Commons and the Senate, and two-thirds of the provinces that have in the aggregate of at least 50 percent of the population, she noted.

“It will be a long journey to accomplish this, but we must start somewhere,” Landolt wrote.

“We cannot allow ourselves to be subjected to the tyranny of the appointed judges any longer. This is especially the case when we know that religious-based organizations have now been placed in jeopardy by the TWU decision.”