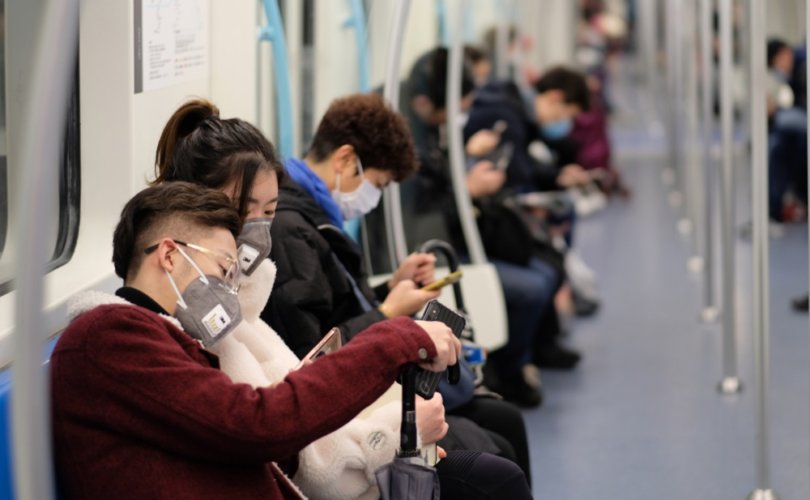 February 21, 2020 (LifeSiteNews) — In January, the World Health Organization declared the coronavirus outbreak a global health emergency. Since then, cases of the coronavirus have been reported across the globe, and drastic measures are being taken to quarantine people who have potentially been exposed to the virus.

The U.S. recently evacuated over 300 people, 14 of whom tested positive for coronavirus, after they were held on a travel ban after being stuck on a cruise ship.

And despite all the frenzy to quarantine those possibly exposed to the virus, little is being heard from China, the source of the outbreak. What China is telling the world is also being called into question after China attempted to hide from the world the first few cases of coronavirus that were reported as early as November.

In a special segment for The John-Henry Westen Show, John-Henry Westen interviews the leading expert on China, Steve Mosher, about what is really going on with the coronavirus. Mosher is the president of the Population Research Institute and is the person who exposed China’s forced abortion policy to the world. He also exposed China’s ghastly organ-harvesting protocols.

Mosher is a Stanford graduate with advanced degrees in biological oceanography, East Asian studies, and cultural anthropology. In 1979, he was selected by the National Science Foundation to be the first social scientist to do field research in China. The horrific things Mosher discovered were happening in China surprised the world and, and his work has made him one of the few Americans who has firsthand experience regarding what is actually happening in China.

Mosher begins by sharing some background on the coronavirus. The coronavirus gets its name from its crown-like extensions. These extensions are what allow the virus to attach to cells in our body, infect them, and replicate, which is what causes the symptoms, such as a cough, etc.

What is odd about the coronavirus, Moher shares, is that it has not been seen before. Many viruses are a mutation or variation of another virus. With the coronavirus, this is not the case. It “bears some resemblance” to a virus found in rats and bats, but the source of the virus is still unknown.

Mosher emphasizes the misinformation being spread by the Chinese government, who originally hid the outbreak, allowing it to kill countless Chinese people, until it reached epidemic proportions. The Chinese government reported the infection and the first death on January 20.

We know, however, that by January 2, universities and local institutions in Shanghai, 200 miles east of Wuhan, the source of the outbreak, were already warning people against travel and welcoming strangers and were taking precautions against what they called a raging outbreak. Yet it took the Chinese government three more weeks to admit the first death to the world.

This lying has brought into question the figures the Chinese government has shared with the world about the number of deaths and the number of those infected. The government has reported 2,000 deaths and 70,000 infected individuals, but many, including Mosher, speculate that the figures must be much larger, considering that the outbreak has been raging for many months already.

Mosher tells listeners that if the outbreak had begun on December 20, as is speculated, and spread at its current expansion rate, more than half a million people would be infected, and the death toll would be at or above 30,000 lives.

Mosher does reassure listeners that despite the Chinese government’s poor handling of the outbreak, it is well contained in the U.S. Researchers are developing more advanced methods of testing for the virus daily, and a vaccine is being worked on. Additionally, the coronavirus has a mortality rate of only around 2%, meaning that only two in every 100 people infected will die, as compared to the 10% mortality rate of SARS.

Recently, Senator Tom Cotton (R-Ark.) went on Fox News claiming that the virus originated from a high security biomedical lab in Wuhan. Mosher agrees. “We can be fairly certain that the virus escaped from the Wuhan Institute of Virology.”

Mosher shares two reasons we can be certain the coronavirus came from the Wuhan lab. The first is the Chinese bioweapon research program. The Chinese themselves have admitted to researching and creating bio-weapons that target specific ethnicities. Laboratories must meet certain requirements to be capable of handling highly dangerous, volatile, or transmittable diseases. The Wuhan lab is the only lab in China that meets those criteria.

Mosher shares that it is a well known fact that the Chinese carry out all their most advanced research at the Wuhan lab. They even stole dangerous viruses from Canada in early 2019 and sent them to the Wuhan lab.

Secondly, Mosher points to the Chinese government’s call on February 14 for stronger safety measures for lab biosafety. Xi Jinping referenced the coronavirus outbreak and said biohazard lab safety is a national security issue and must be treated as such. The following day, the government issued new safety and security measures for biohazard laboratories.

Mosher highlights the poor security protocols of the Chinese labs that in 2004 allowed the extremely dangerous SARS virus to escape their labs twice, causing small centers of infection and numerous deaths.

Mosher claims that this entire epidemic was caused by the incompetence of the Wuhan laboratory and the Chinese government.

“This is a man-made epidemic.”

Mosher argues that the virus was transported out of the lab due to incompetence and that the government’s attempts to cover up the outbreak delayed treatment and allowed the virus to spread. A swifter response could have saved tens of thousands of lives. The WHO’s delayed response in calling for travel bans and quarantines only added to the Chinese incompetence.

Additionally, the Wuhan Institute of Virology is only a few miles from the seafood market being blamed as the source of the outbreak. Mosher highlights the fact that originally, the sale of snakes was blamed for the coronavirus, but research shows that snakes do not carry the coronavirus.

Then the sale of bat soup was blamed as the source of the outbreak, but bats are in hibernation in November and December, and bat soup is not sold in the market during that time. Also, genetic analysis shows that bats don’t carry any coronavirus similar to the one that is causing the current outbreak.

Mosher warns people of the health threat China poses to the world. China, specifically Wuhan and its province, produce most of the drugs sold in North America. Additionally, China’s poor lab standards and carelessness seem to cause frequent escape of extremely dangerous pathogens. The world, and especially the U.S., needs to be prepared for the health threat posed by China.

Finally, Mosher warns against the Communist Party itself. With the great famine of the 1960s, the political purges of the ’50s, ’60s, and ’70s, the one-child policy with forced abortions, and so much more, Mosher attributes the Chinese Communist Party with killing over 500 million people.

The director of National Health Services outlined the Chinese government’s priorities as 1) politics, 2) safety, and 3) a cure. Mosher shares brutal stories of how the government is working to keep people “safe” by physically removing those who are possibly infected with the coronavirus and forcing them into detention centers guarded by police. Saving tens of thousands of Chinese lives by finding a cure for the coronavirus comes after ensuring the health of the Communist Party and “safety.”

Mosher hopes that perhaps the coronavirus epidemic will serve as the breaking point for the Chinese people and lead to the overthrow of the Communist Party.