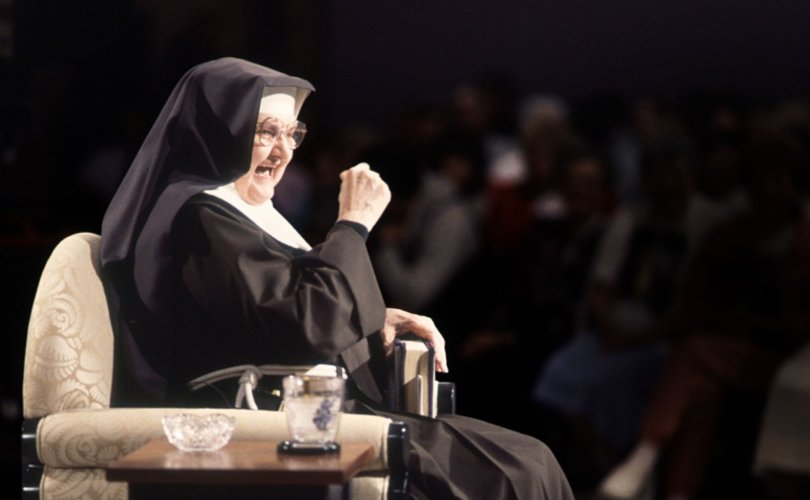 November 30, 2018 (LifeSiteNews) – EWTN will not be forced to participate in the provision of abortifacient drugs, the U.S. Court of Appeals for the 11th Circuit ruled Thursday.

After a years-long legal battle, EWTN Global Catholic Network won a lawsuit against the federal government over the Obama administration’s “contraception mandate” from the Department of Health and Human Services (HHS).

The U.S. Court of Appeals for the 11th Circuit the court vacated a decision against EWTN that was made by U.S. District Court Judge Callie Granade in 2014. This victory comes on the heels of a EWTN and the Trump administration Department of Justice made in October, in which the network will not be required to provide contraception, sterilization, and abortifacients in the health plan offered to its employees.

“Almost seven years and two presidential administrations later, the government and the courts have now realized what EWTN has been saying all along, that the HHS Mandate was an unconstitutional attempt to coerce us into violating our strongly held beliefs,” said EWTN CEO Michael P. Warsaw. “This is the right outcome for EWTN and for all those who value religious liberty in America.”

The ruling will allow EWTN to adhere to the Catholic teachings that guide its operations. During the Obama administration, the HHS mandate sought to force EWTN to provide contraception, including the so-called “morning-after pill.” In 2013, EWTN sued the federal government, challenging the contraception mandate in federal court. While a federal appeals court ruled against EWTN in 2016, that decision was annulled when the Supreme Court ruled that religious non-profit entities, like the Little Sisters of the Poor, were shielded by the U.S. Constitution. Thursday’s ruling came after an Executive Order by President Donald Trump, a formal settlement agreement, and a rule issued by HHS earlier this month that ensured exemptions so as to protect religious nonprofits like EWTN.

EWTN was founded in 1980 by the famed late Mother Angelica and is the largest religious media network in the world. It provides programming in multiple languages to over 300 million television households in more than 145 countries and territories.

EWTN originally filed suit in 2012 in Federal District Court in Alabama against the Department of Health and Human Services, Secretary Kathleen Sebelius, and other related government agencies. The network sought an injunction against the mandate in addition to finding on its constitutionality. The Attorney General of the State of Alabama later joined EWTN as a plaintiff.

EWTN’s first lawsuit was dismissed by the federal court in Alabama, after the Obama administration promised it would amend the regulations. However, once the revisions failed to address the network’s objections, EWTN filed a new lawsuit and was joined by Alabama and its then-Attorney General Luther Strange as co-plaintiffs. In June 2014, U.S. District Court Judge Callie Granade of Mobile, Alabama ruled against EWTN. The network was granted an injunction preventing the mandate from being imposed while that court’s decision was appealed.

After a panel of judges voted against EWTN, the court suspended that decision pending the outcome of the Zubik v. Burwell case before the U.S. Supreme Court. Once the high court reached its decision in the Zubik case, the 11th Circuit Court of Appeals vacated its negative order against EWTN in May 2016 and asked for further information while the federal government and the plaintiffs negotiated a settlement. Once attorneys for EWTN and the Department of Justice came to terms, the federal government agreed that it would not enforce the mandate against EWTN. It was agreed that EWTN could ask the 11th Circuit Court of Appeals to vacate the lower court’s decision. That settlement led to the order by the appellate court on Thursday.