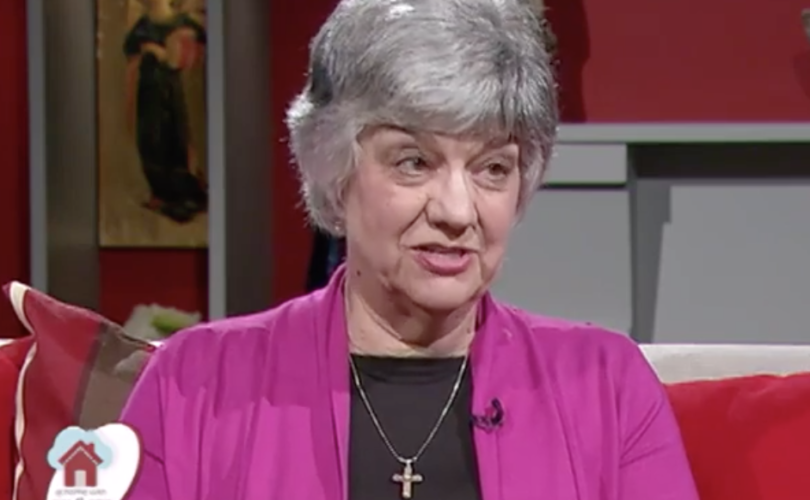 WASHINGTON, D.C., January 15, 2019 (LifeSiteNews) ― A former writer for Cosmopolitan magazine spoke to pro-lifers gathered before the March for Life about the hijacking of the women’s movement by the sexual revolution.

Pro-life author, journalist and speaker Sue Ellen Browder gave a talk today at the Heritage Foundation in which she explained how the women’s movement and the sexual revolution, which feminist pioneer Betty Friedan originally thought “disgusting,’ were wrongly joined together.

Browder does not believe that the pro-life, pro-family movement’s battle is with an authentic movement for women’s dignity but with the sexual revolution.

The author underscored that the feminist movement of the 1960s began as a united fight for more opportunities for women in education and employment. So-called abortion rights were not a plank of this movement. Friedan didn’t mention abortion or contraception in The Feminine Mystique, Browder said.

The introduction of abortion to the women’s rights movement was the work of the two founders of the National Abortion Rights Action League, the author continued. Dr. Bernard Nathanson and Larry Lader knew that they would not be successful without the help of the women’s movement and convinced Friedan to introduce the issue to the National Organization of Women (NOW).

On November 18, 1967, the issue of abortion rights was introduced at the second annual meeting of NOW, in the Chinese Room of the Mayflower Hotel, as 100 members voted on items to be included in the NOW Bill of Rights. After “reasonable stuff,” Browder recounted, there were uproar when the subject of the Equal Rights Amendment Act was introduced and then when members were asked to vote on abortion.

Only 57 people voted to put abortion into the NOW Bill of Rights, permanently dividing the women’s movement. A third of the assembled feminists walked out of the Chinese Room and later quit NOW.

Afterward, Friedan gave the media the impression that she was speaking for all women in America in demanding abortion rights when in reality she was speaking merely for those 57 women. What had started as a unified movement had been “subverted.”

Browder describes the story in detail in her book Subverted: How the Sexual Revolution Hijacked the Women’s Movement. In her lecture, she also described how Helen Gurley Brown and Cosmopolitan magazine helped bring about the sexual revolution by making up the wild adventures they reported women as already having.

Brown, the author of Sex and the Single Girl and Cosmo’s 30-year editor-in-chief, turned what used to be a literary magazine into what Browder called a “Playboy clone.”

The former magazine writer said that at Cosmopolitan “we turned all traditional values upside down.”

The writers preached a message of sexual libertinism, saying sex before marriage was good, affairs with married men were good, divorce was good, the pill was good, and if the pill failed, abortion was good, too.

The stories they wrote about the modern working woman came as a shock to most Americans, Browder said, because there were few people acting like that. In fact, the writers made up the stories of sexual adventures and even made up the experts they cited.

Friedan was so horrified by Cosmopolitan, she called it “obscene” and “horrible” and asked women to boycott the magazine. However, it was not long before the values Cosmo professed became part of Friedan’s women’s movement.

Lila Rose of Live Action, who introduced Browder, said the writer’s book Subverted is key for understanding how the women’s movement became synonymous with abortion and sexual libertinism.

“It’s our work at Live Action to say that we can do better than this,” she said.

Live Action came out today with a series of videos on the topic of separating the authentic women’s movement from the ongoing pro-abortion sexual revolution.