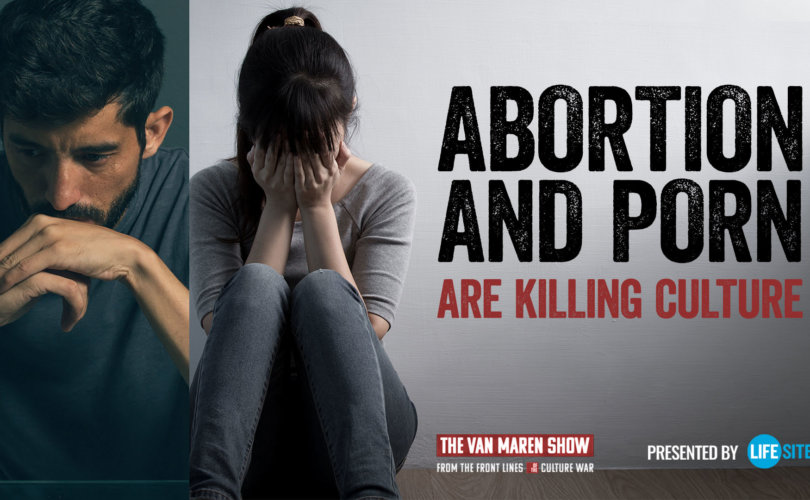 June 3, 2020 (LifeSiteNews) – The abortion wars in America have come to dominate the political landscape. Today’s episode of The Van Maren Show features pro-life author and speaker Frederica Mathews-Green. Mathews-Green was a feminist who recalls driving a friend to New York from South Carolina to get an abortion. After college, Mathewes-Green had a profound conversion to Christianity and, with time, to the pro-life movement.

It was an article in Esquire magazine that opened Mathews-Green's heart to the pro-life cause. After reading the account of an abortion written by an abortion provider, she realized the humanity of the unborn child in the womb. She then became a prolific pro-life author and speaker.

Van Maren and Mathews-Green discuss the impact the abortion wars have had on American politics and how the sexual revolution has transformed the relationships between men and women.

Mathews-Green also speaks about the importance of family for the pro-life movement. Children need a mother and a father, biological or adopted. In some cases, women feel pressured into having an abortion because their partner doesn’t support them. Mathews-Green recalls a woman once relating how she went for an abortion, praying the father of the child would rush in and tell her not to kill their child.

Mathews-Green also points to the sexual revolution as a driver of abortions. Women carry around the fantasy that they can continue to have sex outside of marriage while waiting for the right guy to come along. Men and women don’t realize the importance of chastity in finding a future spouse.

Mathews-Green encourages listeners to be examples in the culture by living chaste lives as singles, individuals, married couples, and families.

Mathews-Green also encourages people to tell their conversion story or stories of encountering Christ. We don’t know when God will call upon us to share these stories, but it is stories like these that will change the culture from the bottom up. We need to practice telling our stories and not be afraid to share them.

Finally, Van Maren and Mathews-Green discuss the difficulties faced by both men and women thanks to the sexual revolution. Specifically, they discuss how toxic masculinity is ruining  culture and families.

Both Van Maren and Mathews-Green agree that the prevalence of pornography is only making it more difficult for men to truly be men.