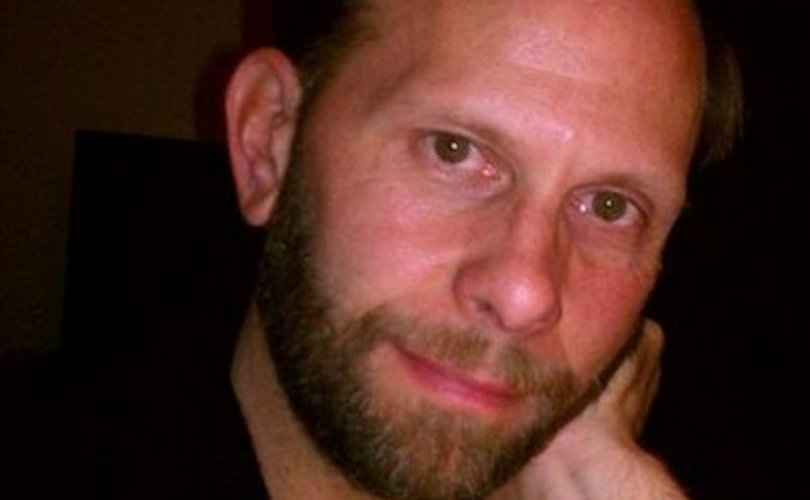 SIGN THE PETITION: Say NO to Army forcing women to shower with ‘transgender’ men

July 17, 2017 (LifeSiteNews) — Dean Bailey, an Army veteran and former homosexual who left the “gay” lifestyle behind as a newly reborn Christian, says he would likely “face disciplinary charges” were he to serve in today’s politically correct Army that trains women to accept they must shower, bunk and share restrooms with biological, gender-confused men (possessing male genitalia).

Bailey, 53, was interviewed by LifeSiteNews in 2014 in one of the most popular articles on the website (more than 116,000 Facebook shares). He told LifeSite, “When a person abandons their inward belief that it was homosexual behaviors that define them as a person, then they must set out to rediscover what it is that actually does define their personhood.”

“They must learn to embrace and give those higher human ideals a greater value and meaning within their own character and existence, than they gave to the homosexual addictions which they allowed to dominate their thinking and reasoning in the past,” he said.

Now the thoroughly changed man, who once considered himself “gay,” cannot even conceive of kowtowing to the LGBTQ myths and ideologies as an officer in the Army he once served.

Like many pro-family advocates, Bailey is troubled that even under Trump, who has a stellar record on pro-life issues, the Pentagon is celebrating “LGBT Pride Month” while the Army advances “transgender” training guidelines that tell Soldiers that: 1) men can become “women” and vice versa (i.e., change their “gender marker”); and that 2) it is “discriminatory” NOT to allow biological men who identify as “women” to inhabit showers and other private spaces with natural-born women.

Moreover, the U.S. military is also continuing another Obama-era policy of using taxpayer dollars to pay for body-disfiguring “trans” surgical operations and/or hormone therapies ostensibly enabling severely gender-confused men and women service members to “transition” to the opposite sex. (Ex-transsexual Walt Heyer of SexChangeRegret.com notes that it is impossible for a person to “change their sex” because it is rooted in innate DNA.)

In a letter to LifeSiteNews, Bailey writes:

“I retired from active military service in late 2010, right at the time that the proverbial tidal wave of LGBT propaganda was about to break in and flood our military service environment with all of this immoral filth. And as I've observed, in jaw-dropping disbelief, the ridiculously discriminatory-toward-decency-and-common-sense policies and ‘training’ that have been implemented and imposed upon soldiers in the years since, one thing remains certain: I am no longer fit for military service because of my own adherence to Christ and authentic biblical beliefs.

“Were I to be recalled in a sudden time of war (quite possible in our world today), I would immediately face disciplinary charges for my refusal to comply with these immoral policies!

“The military has one purpose, and one purpose only. It is to defend against and destroy (if necessary) any and every enemy, foreign OR domestic, that threatens our sovereignty and security as a Nation. These captive and forced social engineering programs (they're NOT mere experiments) ought to be seen as an offense and a very real threat to every patriot American, whether they serve in the military or not!

“Military leadership across every branch of service ought to be wholly ashamed of themselves, in their dereliction of duty, wherein they have allowed this threat to become rooted and embedded within their ranks, because they refused to stand against the unlawful and unconstitutional orders of blatantly tyrannical and former commander-in-chief, Barack Hussein Obama.”

Order Dean Bailey’s book,  “Beyond the Shades of Gray: Because Homosexuality is a Symptom, Not a Solution,” on his website or through Amazon.