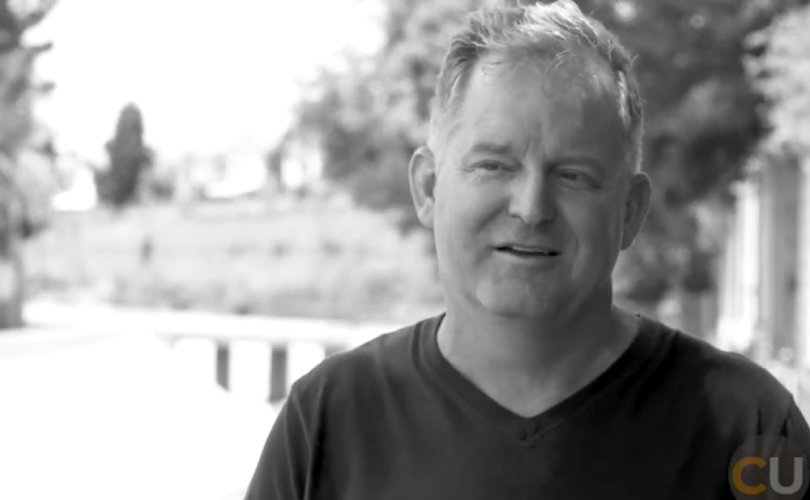 Jim Domen, a California pastor who used to live as a gay man. He now is married to a woman and they have three children.Church United Facebook

March 19, 2021 (LifeSiteNews) — The U.S. Court of Appeals for the Second Circuit has ruled that Pastor James Domen cannot sue video platform Vimeo for deleting his account over videos about his journey away from homosexuality.

Domen is the founder of Church United, a religious nonprofit dedicated to changing “the moral culture of our communities in California,” and an advocate for people seeking to overcome unwanted same-sex attraction. He says he was homosexual for three years, but “because of his desire to pursue his faith in Christianity, he began to identify as a former homosexual.” He now has a wife and three children.

In November 2018, Vimeo notified Domen that it “does not allow videos that promote Sexual Orientation Change Efforts (SOCE),” and he had 24 hours to remove the offending videos. He refused, so Vimeo terminated his account for uploading “videos that harass, incite hatred, or include discriminatory or defamatory speech.”

In June 2019, Domen sued the company, but Magistrate Judge Stewart Aaron dismissed the case in January 2020. Now, the U.S. Court of Appeals for the Second Circuit has agreed Vimeo is protected by Section 230 of the federal Communications Decency Act, the Christian Post reports.

The platform’s ban on the subject “fell within the confines of the good-faith content policing immunity that the CDA provides to interactive computer services,” Judge Rosemary S. Pooler wrote in her opinion. “While lively debate on whether and how best to regulate interactive computer service platforms is ongoing, and experts, consumers, and businesses continue to propose a variety of solutions, Section 230 remains the governing statute.”

Section 230 immunizes websites from being held liable for the third-party content they host, such as posts, tweets, or videos uploaded by their users. It has been credited with helping the internet thrive, but has grown controversial in recent years as the likes of Facebook, Twitter, and YouTube have grown bolder in exercising editorial judgment over which content to restrict and what to flag as “hateful,” “harmful,” or “misinformation.” That trend has led to growing calls by conservatives to amend or repeal Section 230.

While such goals are effectively on hold as long as Democrat Joe Biden remains president, last fall U.S. Supreme Court Justice Clarence Thomas suggested that that the real problem is not the statute itself, but how courts have reinterpreted it since its adoption in 1996.

“Section 230(c)(1) protects a company from publisher liability only when content is ‘provided by another information content provider.’ Nowhere does this provision protect a company that is itself the information content provider,” Thomas wrote. “But from the beginning, courts have held that §230(c)(1) protects the ‘exercise of a publisher’s traditional editorial functions — such as deciding whether to publish, withdraw, postpone or alter content.”

Opponents of reparative therapy, meanwhile, commonly elicit opposition to the practice by invoking fringe, abusive practices such as electric shock and other forms of physically-harmful junk science. But in reality, modern reparative treatment consists largely of simple counseling, the effectiveness of which is backed by studies as well as testimony from those who have benefited — most recently and most prominently, “ex-gay” conservative provocateur Milo Yiannopoulos.