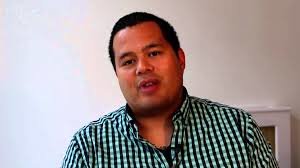 FORT WORTH, Texas, December 12, 2019 (LifeSiteNews) – A well-known Christian academic and former homosexual says that he was fired as a professor from a Southern Baptist seminary because he expressed the truth about homosexuals.

Dr. Robert Oscar Lopez, 48, who grew up in a lesbian household and formerly expressed himself as a homosexual man, was dismissed from his position at Southwestern Baptist Theological Seminary because he refused to stay silent on two topics: the possibility of people leaving homosexuality through the help of both God and neighbor, and the abuse rampant in the homosexual community.

After months of increasing tension between Lopez and seminary administration, the ax fell on November 29, the day after American Thanksgiving.

“I was fired because I was expressing the truth about the homosexual community,” Lopez told LifeSiteNews.

On December 4, Lopez gave an explosive interview with American Family Radio’s Bryan Fischer in which he suggested that not only Southwestern Baptist Theological Seminary, but also the current leadership of the Southern Baptist Convention, were wavering in their Biblical stance on homosexuality. During the “Focal Point with Bryan Fischer” show, Lopez said he thought the Southern Baptist Convention, the largest Protestant denomination in the United States, was going to “flip on homosexuality.”

Lopez told LifeSiteNews, as he told Fischer, that the Southern Baptist Convention (SBC) will deny that they’re abandoning Biblical teaching.

He told Fischer, “They’re going to talk out of both sides of their mouth. They’re going to want to continue to get the donations, the tithes, the financial support from the conservative Baptists in the pews who want to hear that they’re defending Biblical marriage, but they also want to have all the political connections and the grants and the prestige of working with the pro-gay liberal Christian groups who have a lot of money.”

Another issue, Lopez told LifeSiteNews, is that there are many closeted homosexuals in the SBC, and pro-LGBT leaders are “protecting the people that they know.”

The evangelical explained his opponents’ theological justifications, saying that some leaders of the SBC use the Bible to criminalize any criticism of homosexuality as a sin against truth and charity. Lopez also said there are members of the SBC who “wordsmith” St. Paul’s condemnation of homosexual acts in Romans 1:26-27, claiming that the apostle meant only to condemn the kind of homosexuality practiced then, not the consensual homosexual relationships of today.

One of the influential groups seeking to convince the SBC and other evangelical Christians that God “makes people gay” is Revoice. Revoice’s mission is “Supporting, encouraging, and empowering gay, lesbian, same-sex-attracted, and other LGBT Christians so they can flourish while observing the historic, Christian doctrine of marriage and sexuality.”

Lopez is firmly committed to the belief that people can, as he did, change their homosexual inclinations into opposite-sex inclinations with the help of God and the Christian community. He told LifeSiteNews that telling children that they are “born gay” ― for which there is no scientific evidence ― is a form of abuse. He is concerned that a false normalization of homosexuality will creep into Biblical Christianity.

“We need to defend against gay youth groups in the churches,” he told LifeSiteNews.

“They definitely did not want me to touch on that subject matter.”

Lopez told Fischer that, during a meeting on September 15, the Dean, Michael Wilkinson, told him that the administration did not want him to discuss such matters at all if he wanted to remain employed as a professor.

Immediately after Lopez’s interview with Fischer aired, Randy Stinson, the provost of Southwestern Baptist Theological Seminary, issued a statement declaring Lopez’s explanation for his firing “demonstrably false.”  Stinson said Lopez was notified that “his position is being eliminated due to changing program needs in our college” and denied that Lopez had been told he could not discuss homosexuality.

Southwestern Seminary is a confessional institution, which joyfully affirms the Baptist Faith and Message (2000), including each and every assertion about biblical sexuality. As such, the administration faithfully requires all faculty members to teach in accordance with and not contrary to these truth claims. Our faculty – including our president – regularly teach on God’s design for the family and marriage and the biblical sexual ethic, which homosexuality is in rebellion against. Our faculty also teach that all sinners can be changed by the power of the Gospel of Jesus Christ. Indeed, any contrary teaching at the seminary would not be tolerated. As Southern Baptists should expect of their seminaries, we are committed to a biblical view of marriage and sexual ethics. Any claim that Southwestern Seminary has wavered on these longstanding commitments is either misinformed or intentionally deceptive.

The provost added that Lopez had refused to go to meetings with administration and was the subject of “regular complaints from students and faculty colleagues.”

However, Lopez had saved emails about meetings he had attended, and even recorded two meetings with the Seminary administration. Transcripts published by the website “Enemies within the Church” indicate that the Seminary objected to Lopez publishing his beliefs about homosexuality, even pseudonymously, while a professor at Southwestern.

Lopez told LifeSiteNews that it was an honor to suffer for Christ and that he felt vindicated by the publication of the transcripts of his conversations with the seminary administrators.

LifeSiteNews reached out to Southwestern Baptist Theological Seminary for comment but did not receive a reply by publication time.