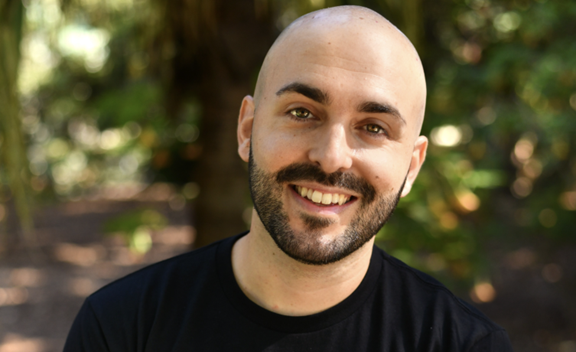 (LifeSiteNews) – After a Christian charity worker who walked away from homosexuality following his conversion to Christ offered his powerful testimony on a radio show, law enforcement threatened him with possible jail time and a stiff fine for allegedly breaching his country’s law banning LGBT “conversion practices.”

The Maltese government’s action against Matthew Grech, 33, is believed to be the first of its kind and is being viewed as a test case by free speech groups and Christian organizations that aim to protect the rights of former gays and lesbians to tell their stories and live freely without harassment from LGBT groups. Some of the latter assert that Christian teaching on marriage and debate surrounding LGBT lifestyles must be treated as criminal offenses.

Grech’s message is simple: A decade ago, he experienced conversion to Christ, realized that sexual acts outside of male/female marriage are a “sin,” and freely chose to give up the homosexual life he had been living.

If convicted, he faces up to five months in prison and/or a fine of 5,000 Euros.

Grech is one of a not insignificant number of former homosexuals and transgender men and women who face increasing opposition from media and government to telling their often heroic stories to the public.

The London-based Christian Legal Centre (CLC), which is assisting in Grech’s defense, explained the importance of the looming court case:

What happens in Malta on these issues is of international significance as Malta became the first country in the European Union to ban what LGBT lobbies describe as ‘conversion therapy’ in 2016.

A ripple effect has followed with other nations, such as the UK and Australia, using the original Maltese legislation as a blueprint for similar bans.

The LGBT lobby, however, has struggled to define what the imposed term ‘conversion therapy’ is. No evidence has been provided to justify the bans, but instead the aggressive campaigning is aimed at criminalizing Christian beliefs on human sexuality and silencing any opposition.

Ahead of the trial, Mr Grech, who says he was shocked when the police called him out of the blue to question him, said: “Anyone who cares about freedom of speech should be alarmed by what is happening to me. If it happens to me in Malta, I assure you that it will soon be happening in the UK and other countries across the world.”

“I was shocked when the police called me out of the blue and said they were summoning me for interrogation,’” Grech recounted in the CLC press release.

“The outlet I appeared on is a very small and emerging free-speech platform in Malta, and I didn’t think it would be treated so seriously by the Malta Gay Rights Movement to the extent that I could be criminalized for telling my Christian testimony,” Grech said. “It shows how determined they are to stamp out any debate or voice on these issues. I was worried for myself and what my family would think, as nothing like this has happened to me before.

“I am determined, however, to raise awareness on the danger and harm that ‘conversion therapy’ bans are and will cause, not just to churches and society in Malta, but all around the world.”

“If we don’t act now, more countries will introduce such bans as if they were a charitable noble cause that is saving lives and works for the common good, when they are tyrannical, draconian and will achieve the opposite of what they set out to,” Grech warned.

“The ‘conversion therapy’ ban is creating an ideological domino effect. The lobbies and gay rights movements behind them take a single moral viewpoint around human sexuality, and enforce it on the entire population. It causes legal confusion, and it discourages journalists from exploring the other side of the story,” he explained.

“Many of us in ex-LGBT ministry are experiencing an increasing silencing from the general press and media, and are noticing a decreasing public interest in the exploration of the ‘ex-LGBT’ reality, which we believe is driven by the intimidation and fear these bans are creating.”

“If Matthew is convicted, men and women seeking change in their lives, to leave behind patterns of behavior which make them unhappy, will be forced underground,” said Andrea Williams, CLC’s chief executive. “We will seek men and women who are seeking help in Malta silenced, fined and put in jail.”

“Matthew Grech’s life was powerfully transformed when he became a Christian and learnt what the Bible teaches us about who we are. It was in his new-found faith that he found his identity and freedom,” Williams noted.

“The actions of the police are deeply concerning, and we have not seen anything like this before,” Williams said. “We face no alternative but to fight for justice for Matthew and to ensure no one else experiences what he had.”

It is vital to win this case not just for people in Malta, but for Christian freedoms and the freedom to leave homosexuality and unwanted same-sex attraction across the world.

“Freedoms of speech, conscience and religion are being attacked,” declared Dr. Mike Davidson, chairman of the International Federation of Therapeutic Counseling (IFTCC),  an organization that aims “to promote a caring, nonjudgmental environment where people who choose to move away from their unwanted feelings and behaviors can find the support they’re seeking,” according to its website.

“The fact is that therapeutic and counseling choice is a fundamental right.”

Governments promoting monocultural viewpoints – this idea that sexual orientation is inborn and unchangeable, and that gender is unrelated to biological sex – are denying those unwilling to identify as LGBT the right to leave identities and practices no longer relevant to them. This is a human rights issue. Without ideological diversity in any life issue, democracy is denied checks and balances and descends to totalitarianism”

Grech will stand trial on February 3 at the Court of Magistrates in Valletta.

The persecution of Grech coincides with the Maltese government effort to stiffen its already draconian 2016 law banning “conversion therapy” by amending it to also outlaw “the publishing, advertising, displaying, distributing, referral and circulation of any material promoting the practice,” according to the Times of Malta.