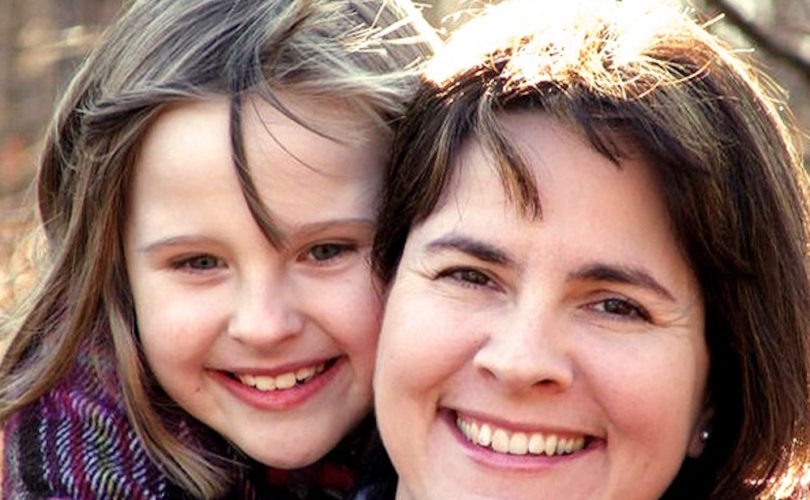 LOCKPORT, New York (LifeSiteNews) — Lisa Miller, an ex-lesbian woman who fled the United States to protect her daughter from her allegedly abusive former partner, is facing prosecution by the Biden Justice Department after being brought back to the U.S. more than a decade later.

Miller, who has renounced homosexuality and converted to Evangelical Christianity, fled to Nicaragua in 2009 to avoid losing custody of her daughter, Isabella, who was seven years old at the time. The Millers were pursued by federal authorities for years during the Obama administration, though they remained in hiding until January, when they voluntarily surrendered themselves at the U.S. Embassy in Nicaragua.

Isabella is now 19, and a court order that granted custody to Miller’s ex-partner, Janet Jenkins, no longer applies to her.

“That was the plan all along – when Isabella turned 18, they would return to the United States,” according to the 419Fund, a Christian nonprofit raising money for Lisa Miller’s cause. “God provided for and protected Lisa and Isabella from September 2009 until January of this year. Many times God thwarted plans of her capture while hiding them in Nicaragua.”

Isabella said in an affidavit filed in February that she was “happy, safe and healthy” while living in Nicaragua.

Miller is currently being detained in Niagara County, New York. A 2014 indictment in Buffalo, where Miller crossed into Canada before fleeing to Nicaragua, charged her with “international parental kidnapping” and conspiracy, the Department of Justice said in a press release earlier this year. Miller’s charges carry up to five years in prison and a $250,000 fine.

“Life in jail continues to be a blessing, for I am daily reminded of Jesus’ love for me and am daily reminded of my shortcomings so that I may be refined in the fire,” she wrote in a recent letter published by the 419Fund. Lack of medication for her Hashimoto’s disease has caused her health to decline “rapidly” in prison, however, she said.

Miller had unsuccessfully petitioned President Donald Trump to pardon her and people who helped her escape to Nicaragua, several of whom have already served jail time. She surrendered herself on January 20.

Lisa Miller is the biological mother of Isabella, who was conceived through artificial insemination in 2001. Miller had entered into a civil union in Vermont with Jenkins the previous year. Jenkins has never adopted Isabella and her name is not on Isabella’s birth certificate.

Nevertheless, when Miller and Jenkins’ civil union was dissolved in 2004, a Vermont judge took the legally unprecedented step of declaring Jenkins Isabella’s second “mother,” despite her complete lack of biological and legal connections to the girl.

Miller said that she separated from Jenkins after rediscovering Christianity and has described her relationship with Jenkins as violent and abusive. Jenkins, who has since “married” another woman, repeatedly abused Miller both emotionally and physically, including during her pregnancy, and at one point even threatened to kill her, Miller told LifeSiteNews in 2008.

While pregnant, Miller promised God that “if he saved my baby, I would leave the homosexual lifestyle,” she recalled in her book Only One Mommy.

Miller, who was abused as a child, also told LifeSite that she was never actually attracted to women, but was pressured by therapists into identifying as a lesbian while recovering from a suicide attempt and an alcohol addiction as a young woman.

Around a year after Isabella was born, Lisa Miller left with her daughter to Virginia, where a court initially named her Isabella’s “only parent.” But in 2006, the Virginia Supreme Court ruled that Vermont still had jurisdiction over the custody battle, and Cohen eventually granted Jenkins custody of Isabella after Miller repeatedly denied her lesbian ex-partner visitation.

After one visit, Isabella, then five years old, told her mother than Jenkins forced her to bathe with her. Isabella subsequently began exhibiting sexual behavior, bedwetting, and suicidal tendencies, Miller said, prompting concerns that Jenkins was sexually abusing her.

Gwen Corley, a social worker who observed Isabella, swore in a 2007 affidavit that “Isabella suffers from sleep disturbance and nightmares, having difficulty sleeping through the night. She talks about death, and expressed fear that if her mother dies she will be at risk. Without prompting, Isabella told her she is afraid that Janet may take her away from her mom.”

“Isabella appears to have been traumatized by the limited visitation thus far,” warned Sylvia Haydash, a clinical therapist who also evaluated Isabella, adding that “further unsupervised visits would be detrimental … and could cause permanent damage to normal development.”

As experts have attested, homosexual parenting itself poses grave risks for children, including higher rates of mental illness, sexual confusion, and involvement in high-risk sexual activity, among other things.

Lisa Miller finally fled the country with her daughter in September 2009, a few weeks before Cohen ordered custody transferred to Jenkins.

Two Mennonite pastors, Timothy Miller and Kenneth Miller (unrelated to Ms. Miller), and a Christian businessman, Philip Zodhiates, assisted Lisa and Isabella on their way to Nicaragua, where they lived among a Mennonite community. All three men served prison sentences for their roles in the case.

Zodhiates, who drove Lisa Miller and daughter to the Canadian border, told LifeSite that evidence that Jenkins sexually abused Isabella motivated him to help them escape.

In 2012, Jenkins filed a civil lawsuit on Isabella’s behalf against Lisa Miller, Zodhiates, the two pastors, and other individuals and organizations allegedly involved in the Millers’ flight to Nicaragua.

In her February affidavit, Isabella asked to be dropped from the suit, however, saying that she was “well cared for” after leaving the U.S. with her mother.

“All the attorneys who purport to represent me and my wishes are acting contrary to my wishes and desires and in (a) way to further a cause that is the exact opposite of what my desires and wishes as their client in fact are,” she said.  “If (and when) I desire to return to the United States I will do so.”

Jenkins is being represented by the discredited Southern Poverty Law Center and has received legal aid from various LGBT activist groups, including GLAAD and Lambda Legal.