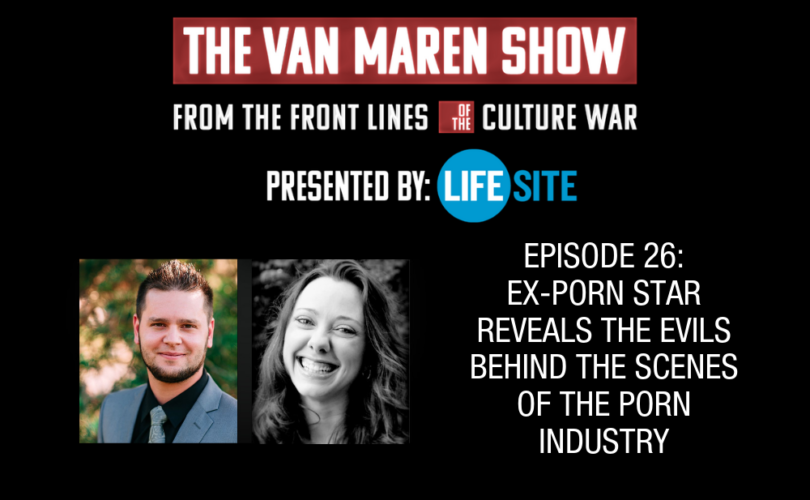 WARNING: THIS EPISODE CONTAINS EXPLICIT CONTENT NOT SUITED FOR CHILDREN.

Van Maren and Spangler speak about her difficult childhood. Her parents introduced her to pornography when she was just six years old.

Spangler explains that after her early exposure to pornography and the death of her mother when she was 10, she began engaging in prostitution. She easily slid into pornography from there, she tells Van Maren. They discuss the close connection between prostitution and pornography, and the degradation and shame women feel that keeps them trapped in this spiral.

Through her climb to fame, Spangler was exposed to the even darker side of the pornography industry. The things she describes are truly horrific, including the normalization of assault and abuse, and the rise in violent pornography. With television becoming more and more graphic, the pornography industry continually increased the violence for shock factor, to the point of becoming dangerous. Spangler also discusses the feeling of being stuck, being dehumanized, and the hard drugs and alcohol she used to cope with the psychological degradation.

After a dramatic encounter with a man addicted to pornography that ended with him taking his own life, she stopped filming and eventually left the industry – but not completely. Spangler was still engaged to the second biggest distributor of pornography. Although she wasn’t directly in the industry, she was surrounded by it on a daily basis. After her fiancé died of a drug overdose, she was able to truly move on with the help of a recovery program and her church.

She then completed Christian seminary and now helps men and women addicted to pornography. This shocking episode exposes the dehumanizing and trapping effects of the pornography industry on women, and the great evils swirling all around the evil of pornography.