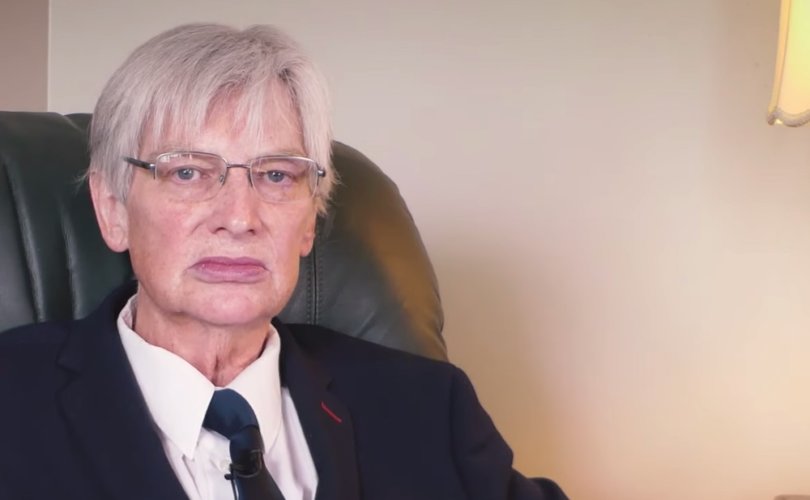 OTTAWA, February 24, 2020 (LifeSiteNews) — A Canadian man who underwent hormone injections and surgery to live as a woman for 18 years is pleading with the country’s politicians to not proceed in banning counseling that he says saved his life by helping him to live once again according to his biological sex as a male.

“I fear if this bill is passed, it will prevent LGBTQ people who are struggling with mental health issues from getting much-needed help,” said Robert John Wenman about Bill S-202, which would ban therapy to help LGBT people overcome unwanted sexual conditions. The bill is now before the Senate.

Wenman outlined in a video how he lived as a woman from 1994 to 2012 after coming to believe that “sex reassignment surgery” would be the “fix-all solution” to what he described as “lifelong deep-rooted emotional problems and inferiority complexes.”

He anticipated a “new life, happily ever after” right after the surgery and thought he had finally closed an unhappy life’s chapter. Wenman’s new chapter included full legal recognition of his new identity as a woman. He obtained a new driver’s license and health card with his new name “Rebecca” on the cards, accompanied by a female-looking photo of himself. Canada’s progressive society had nothing but encouragement and praise for the man’s choice to use a female name and present himself as a woman.

“Unfortunately, my post-gender-reassignment euphoria collapsed and faded,” Wenman related in the video.

“All my inescapable emotional burdens were returning with increasing intensity. I was now in deep depression and searching for help as my complete gender transition had left me emotionally paralyzed in a prison of fear with shame and guilt,” he added.

Wenman said that professional and medical counseling did not help alleviate his “severe emotional anxiety” that was crippling his life.

“In truth, my sex reassignment surgery only made my emotional problems worse,” he said. “I remember going to my family doctor and bursting into tears, coming to realize my gender transition was a failure.”

Wenman said he was in a “very dark place,” questioning how to continue living with the nightmare he had found himself in.

Trying to find some way to “ease the pain,” he even contemplated suicide.

Eventually, Wenman began to understand through self-reflection that his emotional turmoil was part of a larger “spiritual” battle that was being waged against his soul. And the battle was not only affecting his own life, but the lives of people all around him, including his family, friends, and society at large.

“I was learning the hard way the consequences of not living in truth. There was spiritual warfare against my unrealized spiritual identity that had ripple effects affecting not only myself but family, friends, acquaintances, and society who were being forced to accept something factually untrue,” he said.

Wenman said that he finally came to accept his biological sex as a male and see that it was a “blessing, not a mistake.”

Wenman started attending a “fundamental, Bible-believing church,” where he received counseling that he says “saved my life.”

“I was being convicted in my conscience and soul that having a woman's name and identity was false, despite hormones, surgery, and legal recognition to live as a woman,” he said.

He felt all his efforts to live as a woman were but a “vain attempt to remanufacture my creation, like the clay dictating to the Potter.”

“God's holy spirit of truth was opening my eyes and softening my heart to absolute truth. I became convicted that I must live in truth and therefore changed all my identity back to my given male birth name. I have learned to be thankful for who I am and what I have, including my birth sex, and for God's many blessings in my life,” Wenman said.

Wenman is now accusing the Liberal government of moving to outlaw the help he received that saved his life. Campaign Life, Canada’s national pro-life, pro-family political lobbying group, sent his testimony last week to all the country’s senators and MPs.

Given this definition, Bill S-202 will not only prevent individuals from seeking help for unwanted same-sex attraction, but also prevent persons such as Wenman from receiving help to accept their biological sex, points out Campaign Life director of political operations Jack Fonseca.

“Any kind of clinical therapy or spiritual counseling to help a person overcome their gender identity confusion and to accept their bodily reality, including the pastoral support Robert got at his Baptist Church, will be defined as ‘conversion therapy,’ and thus, become illegal,” he told LifeSiteNews.

“Imagine that S-202 became law today, and fast forward Robert’s experience to tomorrow. In that hypothetical scenario, the same pastor whom Robert credited with saving his life, would face up to five years in prison… and Robert might be dead from suicide.”

Wenman said in his video testimony that he is living proof that therapy helped him overcome his delusion that he was a woman in a man’s body.

“I am a male who lived as a woman from 1994 until 2012, and refute the implication that all LGBTQ+ people are becoming emotionally scarred after undergoing conversion therapy,” he said.

Fonseca said that the country should not ban helpful and healing therapy and counseling for those with unwanted sexual conditions. “We’re talking about loving, standard talk therapy. There’s nothing forcible about it; people are going there voluntarily,” he said.

But that’s not what Canadians or politicians hear from media and LGBTQ activists when they refer to “conversion” therapy.

“At this very moment, dishonest media outlets and even more dishonest LGBT activists are running around the country, lying and claiming that gays and lesbians are being electroshocked, and forcibly confined, and tortured by churches and psychotherapists who practice ‘conversion’ therapy,” observed Fonseca.

That includes testimonies like Wenman’s, who is now asking senators and MPs to vote against S-202.

“I appeal to your conscience to please consider the implications of passing a bill based on political correctness and not properly investigating the truth,” Wenman says.

“I must emphasize: we must speak the truth with love and compassion and always respecting one’s dignity. We must have truth, even when it hurts.”

Contact your MP (here) and senator (here) to respectfully express your concerns about Bill S-202.