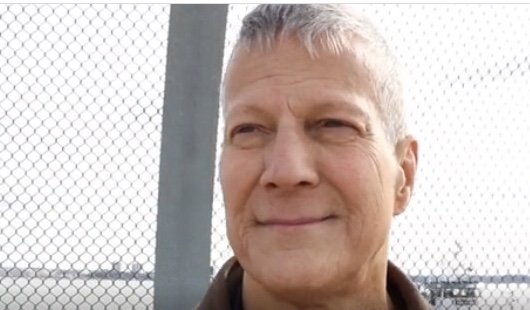 March 25, 2020 (LifeSiteNews) – An ex-transgender revealed on a BBC show how a “bolt of lightning” experience with God helped him to cease living as a “woman” and to start living again according to his biological sex.

The BBC World Service program Podcast, titled “The Detransitioners: He2She2He”, goes over the lives of different men who struggled with gender dysphoria.

The story of Daniel who lived life as “Danielle” stands out. Daniel, who like many others who lived life thinking he was something other than his birth sex, suffered mental abuse from his mother at an early age.

In the Podcast, he notes how his mother would drive home the message to him that “men are bad.” This trauma caused him to question his biological sex, and ultimately led him to a life living as a “woman.”

At first, he lived as a “woman” while deciding against “sex change” surgery, and even briefly went back to living according to his biological sex for a short time.

He ultimately decided for “sex change” surgery in Thailand, which included removing his male genitals, something he deeply regrets doing.

“When I was being wheeled into the operating room, I started having these thoughts, don’t do it,” said Daniel in the Podcast. “I didn’t listen to the don’t do it inspirations in my head and I just said, I come all the way here, I paid the money, and I went through it.”

Daniel said it was “very difficult” for him after waking up from the surgery, as he noticed the bruises on his legs. He had a very difficult time afterward and fell into a deep depression.

It was after this life-altering surgery when Daniel had the “bolt of lightning” experience, in which he felt called by God to start living again according to his birth sex.

“I was praying one morning, and I said I’m unhappy, something is wrong. I had a bolt of lightning experience and I shook, and I had inspiration from I believe a power greater than myself, I choose to call it the power of God,” said Daniel.

He went on to say that he heard, “I created you, male, you are walking around trying to live in a female world that is not your creation, and you need to turn around and go back to your birth gender.”

Shortly after his experience, Daniel rushed to email his pastor, close friends, and his sister. After receiving support from them, he knew that he had to go back to living as God created him. This all happened within one day.

Daniel, who is now married to a woman, said that even while he was living as a “woman” he had strong attractions to females.

He will eventually need surgery to reconstruct his natural male genitals.

Daniel noted it was hard to find a doctor to perform this kind of surgery, but he eventually found a specialist in Europe who focuses on de-transitioning. He had hoped the doctor could help him with his reconstruction while he was doing a residency in the United States. The surgery did not happen, however, as Daniel was told he must wait for improved liver functions before having the procedure done.

Many nations around the world, such as Germany and Canada, have introduced legislation that will make it illegal to help minors with same-sex attraction or gender confusion get the help they need.

There are instances like Daniel’s that show that the loving power of Christ, along with faith-based support groups, can help heal those affected by gender dysphoria.

The case of KathyGrace Duncan shows that banning faith-based help could be detrimental in assisting those who want to overcome unwanted same-sex attractions.

Duncan lived life as a “man” for 11 years before Christ’s healing power saved her. A recent LifeSiteNews video highlights her journey, as well as her plea with Canadian senators to stop legislation that would ban the types of therapy that helped heal her.