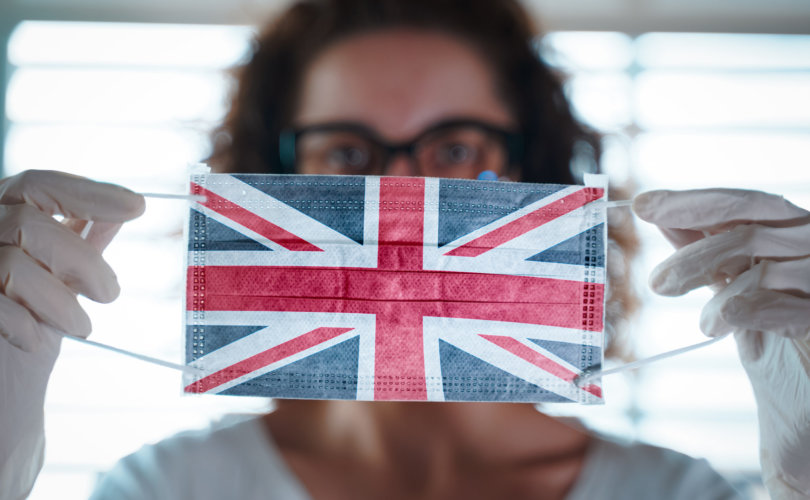 NEWPORT, U.K. (LifeSiteNews) — Over 65,000 excess deaths unrelated to COVID-19 have been reported in England and Wales in the past 18 months, leading various experts to question if the lockdowns have proven more deadly than the virus itself.

Data from the Office of National Statistics for England and Wales shows there have been at least 74,745 excess deaths in private homes in the last 18 months, compared to the averages from 2015–2019, with only 8,759 (12 percent) involving COVID-19.

According to an analysis of the recent data, the 65,986 “excess deaths” unrelated to COVID-19 represent a 37 percent climb in deaths for the population at large, and a 30 percent increase for 15–19-year-old boys.

“The government urgently needs accurate data on what is going on to prevent further excess deaths. Understanding this is also crucial to managing our response to the pandemic, ensuring we mitigate preventable problems may mean we never lockdown again,” said Professor Carl Heneghan, Director of Oxford University’s Centre for Evidence-Based Medicine.

“More people are dying of non-covid causes and we continue to see a considerable and continuing rise in excess deaths this year not caused by Covid-19 and occurring mostly in the home. This is extremely concerning. It is urgent we now launch a proper inquiry to find out whether these deaths could have been prevented. The death certificates only give a snapshot of what is actually going on.”

According to the data, the highest increase of deaths in private homes occurred in April of 2020 and January of 2021. In April 2020, England and Wales were in a nationwide lockdown, and according to official statistics, at-home deaths unrelated to COVID jumped by over 7,000 (to 17,894), compared to the previous five-year average (10,239) for the same month.

Similarly, when England and Wales went into their third nationwide lockdown in January of 2021, at-home deaths reached their second highest peak, jumping by nearly 3,000.

Heneghan’s hypothesis that lockdowns may be one of the factors causing the spike in unexpected deaths is not something only noticed in England, but supported by numerous scientific studies and experts from around the world.

Last month, The Epoch Times highlighted the testimony of Canada’s Simon Fraser University economics professor Douglas Allen, who in April published a study declaring it “possible that the lockdown will go down as one of the greatest peacetime policy failures in Canada’s history.” The study, a review of more than 80 research papers on lockdowns across the world, concluded that lockdowns saved 22,333 years’ worth of lost life but caused 6.3 million years of lost life, making the policy’s long-term harm 282 times worse than its benefits.

“We need to go beyond these and look at those deaths which may not have been covered by coroners. To understand the true cause and what can be done to reduce the high number of excess deaths, particularly those in the home setting,” added Heneghan.

According to the report, deaths have been on the rise, most notably in young males, and elderly persons suffering from dementia and Alzheimer’s.

For the time between January 2021 and October 2021, 462 adolescent males aged 15–19 were found dead in their homes, a 20 percent increase when compared with the five-year average of 386 in those same months, and a near 30 percent increase from last year’s 355.

According to the Office of National Statistics, “Private homes are the only place of occurrence where deaths have been consistently above the five-year average in all months from January 2020 to June 2021.”

“In private homes, dementia and Alzheimer’s disease was the leading cause of death with the largest increase in deaths in 2020 compared to the five-year average; 72.5% and 60.7% increase for males and females respectively (1,433 and 2,485 more deaths).”

In the “Statistician’s comment” prefacing the data released by the Office, Sarah Caul, Head of Mortality Analysis, said that “unlike hospitals, care homes and other settings, the main cause of death has not been COVID-19. Instead we have seen substantial increases in people dying from other things such as heart disease, dementia and Alzheimer’s and various cancers.”

Dr. Renee Hoenderkamp, a private general practicioner who has examined excess mortality data, told Express, “Whatever is going on here is a serious concern. We do not want people jumping to conclusions but we do want a thorough investigation, and quickly, into the causes because we need to stop it.”