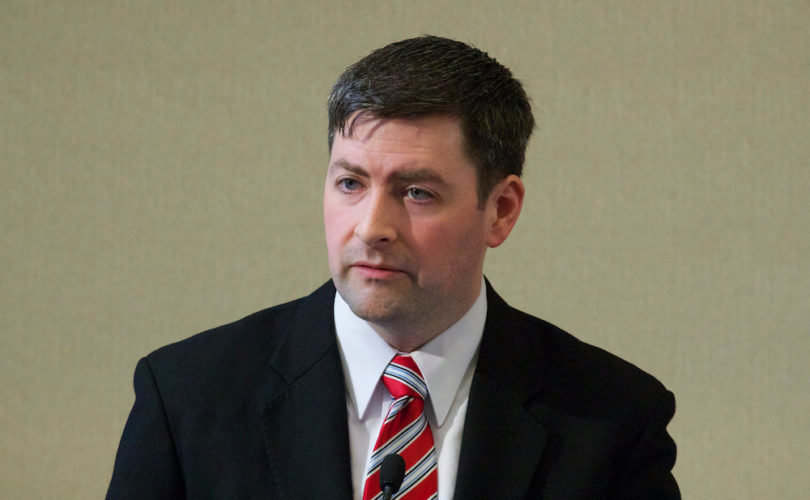 “We believe that the charges are baseless,” Peter Breen of the Thomas More Society told LifeSiteNews. “It is our understanding that at any time the district attorney can move that these charges be dismissed, and we respectfully urge that they should be.”

A grand jury in Harris County ignored Planned Parenthood but indicted investigators with the Center for Medical Progress for using false identification and attempting to purchase human body parts – a development that shocked presidential candidates and outraged pro-life leaders.

The notion that Daleiden and Merritt, as part of their 30-month investigation for CMP, intended to purchase human organs but that the local Planned Parenthood affiliate did not intend to sell them turns logic on its head, Breen told LifeSiteNews.

Daleiden filmed the director of research for Planned Parenthood Gulf Coast, Melissa Farrell, offering “to obtain intact fetal cadavers” and “make it part of the budget” – adding that the transaction adds “diversification of the revenue stream.”

Farrell personally offered her services “if you needed it [the aborted baby's corpse] dissected,” saying, “it’s sickening on some level, but it’s fun.”

“David caught Planned Parenthood in Houston on tape agreeing to change abortion procedures, presumably without telling their patients, in order to get better organs from aborted babies,” Breen said.

He is guilty only of “using standard undercover journalism techniques.”

Some have argued that the charges – which carry up to 20 years in a Texas prison – were a blessing in disguise, because the discovery phase of the trial would allow them to learn more about Planned Parenthood's actions. But Breen dismissed that. “David didn't invite lawsuits against himself. This is the other side,” he said. “The other side has reacted to the truth with lawsuits.”

In addition to criminal charges from Houston, Daleiden and his associates face an ongoing lawsuit from the National Abortion Federation, seeking to block CMP from releasing footage of its annual meeting. The footage was eventually leaked online. The Obama administration has also indicated the Justice Department is investigating CMP for possible federal prosecution.

While this local Houston grand jury declined to press charges against Planned Parenthood, Gov. Greg Abbott emphasized that the state has its own ongoing investigation into charges that the organization illegally profited from the sale of human body parts and tissue. A Congressional select committee is also continuing to look into the matter at the federal level.

Any of these could bring charges against the nation's leading abortion provider in the future, possibly enhanced with information gleaned by Daleiden's defense.

“Through the natural process of litigation, more and more will come out about the practice of baby body parts trafficking by Planned Parenthood and others in the abortion industry,” Breen added. “All the additional legal action will only continue the spotlight on the disgusting practices of the abortion industry.”

Breen said he is confident his team will “win all of the legal options that have been brought against David and the Center for Medical Progress across the country,” because they lack merit.

However, he believes Harris County DA Devon Anderson should save the taxpayers of Houston money and give up the case at once.

“These charges should be dismissed at the first opportunity,” Breen told LifeSiteNews. “If they are not, then we will vigorously defend David through the discovery process and at trial.”

Pro-life investigators to turn themselves in: attorney