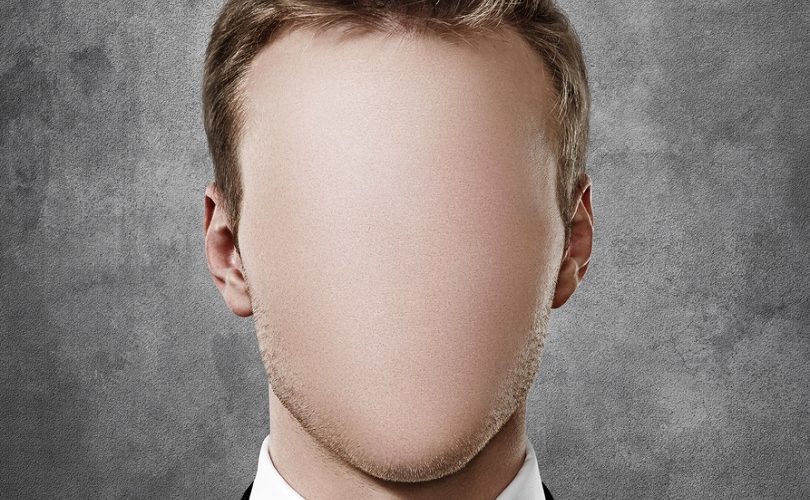 PROVIDENCE, RI, June 8, 2015 (LifeSiteNews) – A HIV-positive man who took his life in hands during his successful fight for pro-life ObamaCare insurance in Rhode Island has, through his attorney at the Alliance Defending Freedom (ADF) exclusively spoken with LifeSiteNews about his faith, his past, and his pro-life ministry.

“My bad choices harmed many people,” John Doe, whose name has been withheld by his attorneys, said as part of his frank email interview with LifeSiteNews. One of those choices “resulted in the abortion of my own child when I was a young man.”

“I received all of the sacraments of initiation into the Catholic Church in my youth; however, my family was not religious and I grew up largely ignorant of and without the graces of living the truths of the Church,” explained Doe. “As a result I made a lot of bad choices, developed a lot of bad habits – impurity and drugs among them – and became a very selfish, irresponsible person.”

“I married, but my immoral behavior continued and resulted in my contracting HIV,” he said. “I lost my family and was brought to the horrible realization of what I had become. Reality of the great harm I had done to others was too hard to bear and I was despairing when God intervened and made me understand that although I had left Him, He had never left me.”

Turning it all around

It was at that point that Doe “began to struggle to live faithfully as a Christian. God used the memory of my aborted child to lead me to become a sidewalk counselor outside of abortion centers, laboring beside faithful Catholics. The witness of their lives started me on a journey back to full communion with the Catholic Church.”

Fighting for life across Rhode Island

Earlier this year, Doe sued the Obama administration over the lack of pro-life options in the Rhode Island insurance exchange. Contrary to federal law, the state provided no insurance plan that did not require its members to fund abortion. Doe's lawsuit forced the state to change its policies.

According to Doe, not having health insurance was a risk he was willing to take.

“I was diagnosed initially with AIDS, but by God's grace and through good medical care and medications my condition is now considered a chronic illness that requires close monitoring through regular blood testing,” he explained.

And “although some health concerns did arise during the complaint process I never was afraid of the risk to my health, because I know Who creates and sustains life. I know now that if I do God's revealed will in all aspects of my life to the best of my ability and by His grace, I am assured He will never forsake me.”

“Consequences are His to arrange, but always for my good and to perfect me through sanctification so that I might spend eternity with Him. I've done a lot of risky things in my life, sadly, but this was a very reasonable and good risk,” Doe told LifeSiteNews.

To many, Doe is now a hero — a pro-life, HIV-positive Catholic who put it all, including potentially his personal safety and security, at risk to save unborn lives and their families from the destruction of abortion. But he says that while “I do know some heroes – Casey Mattox and ADF [the Alliance Defending Freedom] come to mind – I am not one of them.”

“We reap what we sow, and if my identity were to become public it would be a consequence of my ill-chosen past actions,” Doe told LifeSiteNews.

He said that he sees his pro-life work “also as penance and reparation, and I do intend to continue. God works on you when you are outside an abortion center and the reality of spiritual warfare for souls is powerfully evident there. I know that what we do there has eternal consequence.”

“I sidewalk counsel to offer hope and help to parents who are in danger of making the horrible mistake that I did. Somewhere around 85 percent of abortions are the result of the father not taking responsibility for their unborn child. I was one of them,” he said.

Today, Doe adds, “I pray the Rosary, hand out information on the comprehensive services offered by a local Catholic pregnancy resource center, and try to speak particularly to the fathers.”

Why the Catholic Church?

It was “the grace that enables us to obey Jesus Christ, available through the sacraments, [that] was a strong attraction to the Church,” Doe wrote. “I avail myself frequently of the sacrament of penance, try to attend Mass daily, and receive the Most Holy Eucharist. Each day is an opportunity for me to do good.”

“Despite my many falls I intend by His grace to persevere in doing good as long as I have the gift of life,” he told LifeSiteNews. “I pray God that I am becoming faithful to Him. I am so grateful for His providence in connecting me with ADF and Casey Mattox, who are responsible for the result that I hope will help many in Rhode Island to live their faith.”