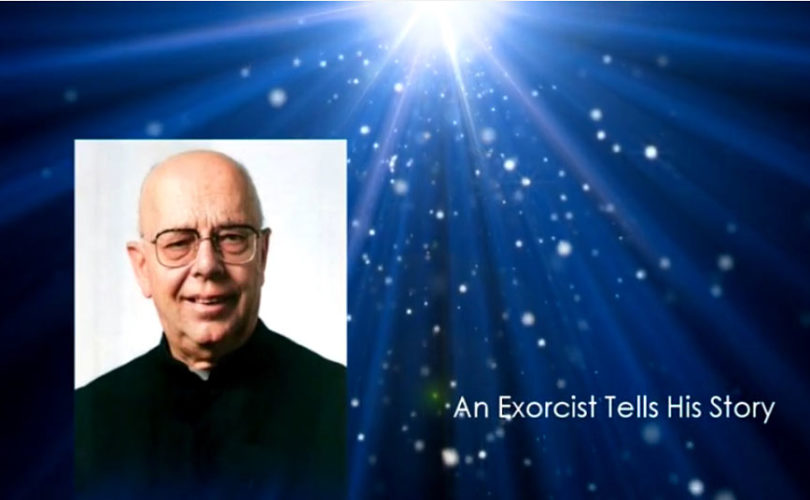 Editor’s note: The following is an interview published in the October issue of Faithful Insight magazine, LifeSite’s new full color, glossy magazine for Catholic readers. Interested Catholics may subscribe to receive the magazine at FaithfulInsight.com.  Fr. Amorth, 90, the chief exorcist of Rome, author of An Exorcist Tells His Story and An Exorcist: More Stories, and the person who founded and led the International Association of Exorcists, has performed hundreds of exorcisms in his over 30 years in that capacity. Fr. Amorth here addresses the Synod on the Family among other issues.

December 30, 2015 (LifeSiteNews) – It is only a year and a half to the anniversary of the first hundred years of the apparitions of Our Lady at Fatima. Our Lady here made explicit reference to the evils that would come from Russia, were it not to be consecrated to her Immaculate Heart. Since then, maybe with some delay, various consecrations have been actually carried out – of Russia and the world – several times and by different Popes. Solemn among them, that of 25 March 1984, led by John Paul II, with all the world’s bishops.

But Father Gabriele Amorth, 90, known as the dean of the exorcists, as well as a prolific author, does not believe that what was requested by the Blessed Virgin has, in fact, been fulfilled. He asserts in fact that,

“the Consecration has not yet been made. I was there on March 25 in St. Peter's Square, I was in the front row, practically within touching distance of the Holy Father. John Paul II wanted to consecrate Russia, but his entourage did not, fearing that the Orthodox would be antagonized, and they almost almost thwarted him. Therefore, when His Holiness consecrated the world on his knees, he added a sentence not included in the distributed version that instead said to consecrate “especially those nations of which you yourself have asked for their consecration.” So, indirectly, this included Russia. However, a specific consecration has not yet been made. You can always do it. Indeed, it will certainly be done … “.

LifeSite: Our Lady had foretold at Fatima the blood of martyrs, if penance were not done. The blood of the martyrs has begun to flow copiously: how long will it be before God sends His punishment?

Fr. Amorth: “Look, today there are more martyrs than during the first centuries of Christianity. Just think of the Middle East, where so many Christians are killed simply because they are Christian. There is a huge amount of martyrs! But let us not forget what our Lady said: “In the end my Immaculate Heart will triumph. The Holy Father will consecrate Russia to me, which will be converted and the world will be granted a period of peace “… Soon we will have great happenings.”

Fr. Amorth: “It is hard to give details of what you do not live. I'm not a prophet. At one time, Israel pulled away from God to embrace idolatry. Prophets were treated very badly. Finally God punished. Today the world does not turn from God because it is idolatrous; rather it pursues pure atheism, so as to put science on the altar. But science does not create; it only discovers that which God has made. In turning away from the Lord, its breakthroughs are put to disastrous use. Without the Lord, progress too is misused.  We see it in laws that go totally against nature such as divorce, abortion, 'gay marriage' … we have forgotten God! Therefore, God will soon admonish humanity in a very powerful manner, He knows how to remind us of His presence.”

LifeSite: There are rumors that you had recently indicated a period of eight months, maybe less … But, as I understand it, there is not a precise time…

Fr. Amorth: “I think it is early. I think we are close. More and more so. The Lord will make Himself heard, and the world will respond. I look at all this with optimism, because God always acts for us to obtain a greater good than the punishments inflicted, which are meant to open the eyes of humanity, which has forgotten and abandoned him. I always remember the rhyme of Metastasio: “Wherever I look, / immense God, I see: /in Your works I admire you, / I recognize You in myself.” We should always seek the Lord, we can not forget the origin, the First Cause, as unfortunately happens today … I was with Padre Pio for 26 years and remember how furious he was about the invention of television: “You will see what it will do!” he said.  It has also allowed good things. But I'm very much in the midst of people and see how many people have been ruined by television and the Internet. “

LifeSite: You spoke about the laws against nature, of divorce, of gay unions, … These are the themes of the two Synods on the Family, the Extraordinary held last year and the next one, the Ordinary.  Do you believe that these issues have been adequately addressed, or should they be addressed from another perspective at the next meeting in October?

Fr. Amorth: “Certainly it pleases me that the Pope has called the Synod on the Family. But you have to aim to the united family. Divorce has been a disaster; abortion has been a disaster. Each year 50 million children are murdered by abortion. And euthanasia, the broken family, cohabitation … It is all destruction! The Lord gave us sex for a purpose and He also declared: “May no man divide what God has joined.” One thing is sexual fun; another is love. Today there is much talk of love, but there truly is none! Precisely in Fatima did Our Lady say to the young, seven-year old, Jacinta: “the sin that brings the most souls to hell is the impure sin,” the sin of the flesh. She said this to a young girl, who did not even know what it was! We must listen to that which Our Lady says.”

Words, that in any case indicate as reasonable a single stance: conversion, penance, prayer.