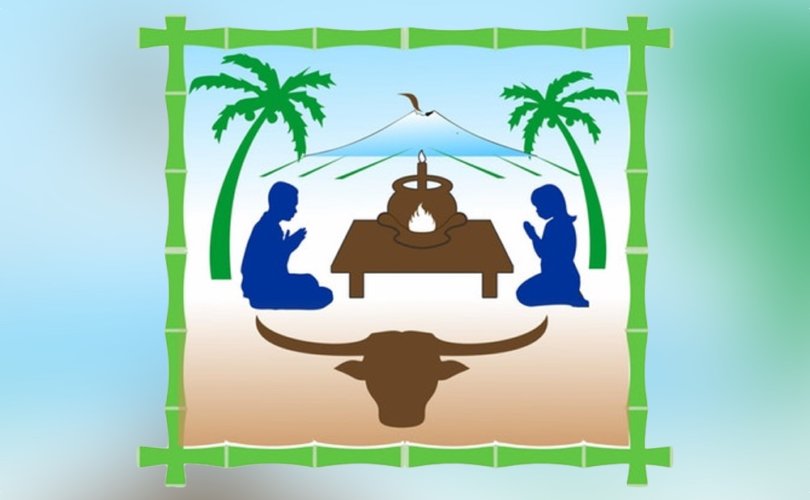 LOS ANGELES, February 2, 2018 (LifeSiteNews) – The Archdiocese of Los Angeles overseen by Archbishop José Gómez is allowing its conference center right next to Our Lady of the Angels Cathedral to be used for a Filipino native spirituality workshop that one critic says will expose Catholics to the demons of paganism.

The February 24 “Filipino Well Being Training Summit” will feature such events as an “Arawaw Indigenous Cultural Opening Ceremony,” a “Traditional Healing Arts of the Philippines” workshop, and an introduction to “Babaylan-Inspired principles of Self-Care.”

A “babaylan,” according to the event’s publicity material, is a “healer, ritualist, folk-therapist, [and] intermediary with the spirit world.”

But a Catholic writer and evangelist familiar with indigenous Filipino customs told LifeSiteNews that the event has “pagan” influences and is spiritually dangerous.

“Exposing Catholics to pagan influenced events and workshops is of great concern to me,” Rexcristano Delson told LifeSiteNews.

Delson, a second-generation Catholic whose grandfather was an indigenous Igorot manbunong (pagan priest/shaman), reviewed the information publicizing the “Filipino Well Being Training Summit” and found an “eerie resemblance” to the pagan spirituality his family ultimately rejected when they became Catholic.

“After reviewing its online itinerary, I couldn’t help but notice the “Araraw” ceremony,” he said. “On the surface, it can seem totally harmless and desirable because it describes its purpose as ‘dispelling negativity in the environment while ushering in goodness,’ he said.

“Upon reading the rest of opening ceremony’s description, however,” he continued. “ I realized [it bore] an eerie resemblance to the pagan rituals and beliefs of my Igorot tribe.”

The publicity reads that the Arawaw ceremony is “one of the indigenous ways that our ancestors have participated in for millennia before colonial rule, and which also is in line with the process of dispelling malevolent spirits while inviting our ancestral spirits to commune and celebrate in the festivities.”

Delson told LifeSiteNews that these practices are an attempt to “manipulate” supernatural forces.

“The act of dispelling and inviting spirits is something non-Christian and some Christian Igorots continue to do today because they believe spirits can be manipulated by man to work in our favor by appeasing them through rituals and offerings,” he said.

“Exorcist Fr. Ripperger is always quick to point out the scriptural verse of Psalm 95:5 that states ‘For all the gods of the gentiles are devils’ said Delson. “He even names some of the ones he encountered in past exorcisms, such as Baul, Asmodeus, Isis, and Loki.” “If he were to conduct exorcisms in the Philippines,” Delson continued, “he would surely meet and know the names of the real demons of our people.”

Delson pointed out that participants who do not understand the language of the “chant” that will be offered may be unconsciously participating in the invocation or worship of pagan gods. He said this happened to him when he took part in what he thought was a harmless ceremony offered for Catholics by a shaman from another Filipino tribe.

“I once observed a mumbaki (spiritual shaman) from another tribe chant/pray during what I thought was a harmless ceremony because he knew those of us participating were Catholic,” he said. “It wasn’t until later that he told me he summoned pagan deities and spirits along with our ancestors. There is nothing wrong with praying for our ancestors, but we should never summon spirits and deities. Again, each time we do, we open doors to the diabolic.”

The Catechism of the Catholic Church teaches that the first of the 10 Commandments, against idolatry, requires “man neither to believe in, nor to venerate, other divinities than the one true God.”

The activities of most concern to Delson are described in the event's webpage as follows:

There will also be a workshop by a “Pilipinx trans woman” about  “Homophobia, Transphobia, and Queerphobia within the Pilipinx Community.”

Because pagan Filipino tribal ceremonies are never written down, it will be impossible to determine in advance just what will happen at the cathedral’s Center. However, Delson said he would be “shocked there weren’t harmful occult practices given the event focuses on Filipino indigenous ways.”

The Cathedral of Our Lady of the Angels did not answer LifeSiteNews' two requests for comment. However, the name of the L.A. Archdiocese’s mother church was removed from the event’s Facebook page after the request for comment was made. The address is now described as “Centre at Cathedral Plaza.”