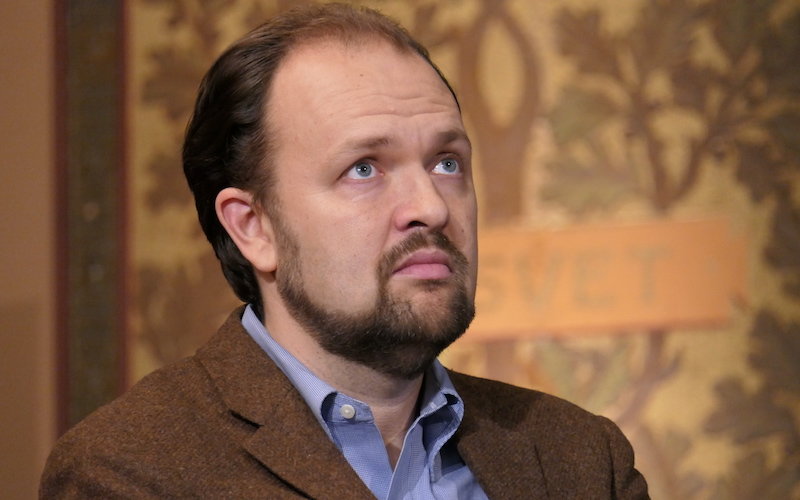 WASHINGTON, D.C., January 30, 2017 (LifeSiteNews) – The lone conservative Catholic columnist at the New York Times has weighed in on the pope's recent takeover of the Order of Malta, which he says is “characteristic” of this papacy.

Ross Douthat spoke with LifeSiteNews at the 18th annual Cardinal O'Connor Conference on Life at Georgetown University on Saturday. Douthat has been a voice of reason throughout the debate over whether the Church should allow active adulterers to receive Holy Communion, using his platform to explain and defend Catholic doctrine.

“Without knowing all the details” of the Order of Malta takeover, it does seem like a “characteristic move of the papacy…in the sense that the pope’s approach to church governance is very activist, I think it’s fair to say,” Douthat told LifeSiteNews. “That activism has a tendency to come down against more traditionalist and conservative groups and…to favor more liberal groups.”

“Like most people, I haven’t seen the dossier of the investigation and so on,” said Douthat, so he didn't want to “comment extensively.”

Pope Francis personally asked Order of Malta Grand Master Matthew Festing to resign, which he did. Festing's resignation came after the Order of Malta sacked a high-ranking official, Albrecht von Boeselager, for violating his promise of obedience. Boeselager had overseen the distribution of contraception in developing countries through the order's charity, and when discovered refused to heed his superiors' requests that he step down.

Then, Pope Francis launched an investigation into the Knights of Malta. The Order insisted the dispute was an internal matter and rebuffed Vatican interference.

Now the pope has appointed his own delegate to lead the order.

As the Order of Malta is a sovereign entity, the pope asking its leader to resign was extremely unusual. Catholic University of America canon law professor Kurt Matens said what Pope Francis did “amounts to de facto annexation” and is a “serious violation of international law.”