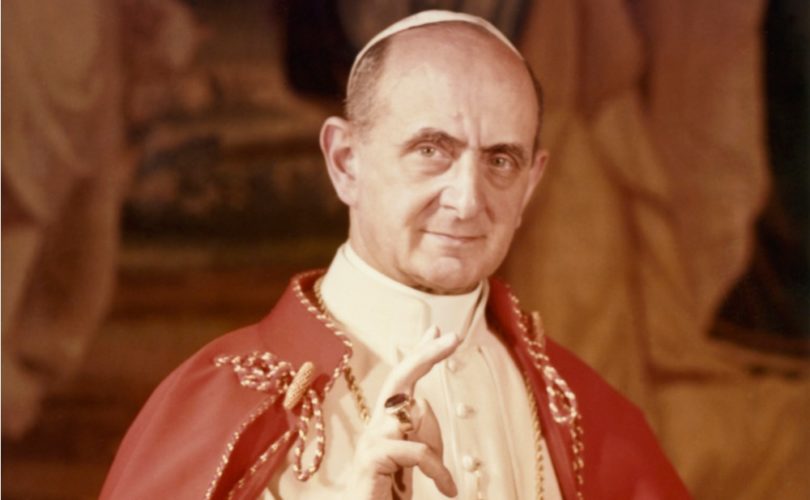 May 11, 2015 (LifeSiteNews.com) — Archbishop Henryk Hoser of the Warszawa-Praga Diocese in Poland is a trained physician who served 18 years as a Pallotine missionary in Rwanda. In the following interview with LifeSiteNews, he discusses October’s Synod on the Family at the Vatican, a source of debate and controversy in the Church.

LifeSiteNews: Your Excellency, the developments of the last October Synod on the Family created quite a stir. Of course, I am referring to the passages in “The Relatio” about homosexuals’ gifts to the Church, and Communion for the divorced and civilly remarried. Could Your Excellency confirm that the Polish Episcopate strongly rejected these passages? What was the exact role of Abp. Stanisław Gądecki during the Synod?

Archbishop Hoser: During the Extraordinary Synod on the Family in October 2014, Polish bishops showed clear support for the line which was drawn from the teachings of John Paul II during his pontificate. This support was in the spirit of what was taught by the Magisterium (interviewers’ note: Teaching Authority of the Church) after the Second Vatican Council. We should recall than John Paul II also dealt with all those difficult cases and situations you mention in your question.

Polish bishops did not present any new ideas diverging from those of the Magisterium. In fact, during this Synod, Abp. Stanisław Gądecki expressed support for Church doctrine. And it seems that this was not an isolated voice. Rather, it was a majority line, representing the voices of people who reason in the same way. They believe that there is continuity in the Church’s teachings, and that this continuity needs to be preserved.

Numerous commentators argue that some clergymen are intellectually and morally too weak to stand up to the world’s corruption. Would Your Excellency agree with this opinion?

Intellectual and moral weaknesses are two different things. As far as the former is concerned, the Church realizes that in today’s fast-changing society, the seminarian formation is not sufficient. Thus, since the exhortation of the 1990s, “Pastores dabo vobis,” the focus has been on continual formation of the clergy. The Second Vatican Council featured numerous discussions on this issue as well. So the continual education has to fill in the intellectual gaps which have appeared in an ever-changing society. However, we should be talking about the right way of teaching (pastoral approach), not about changing the Church’s Teachings.

We shouldn’t forget that becoming a priest requires a college degree, and many priests have PhDs, post-doctoral degrees, and are professors. Therefore, the Church cannot be charged with intellectual deficiency. Furthermore, the Church created some of the first institutions of higher learning, and there are still more than a thousand Catholic universities in the world. The Church has always been a champion of education at every level, from kindergarten to universities, some of which are still part of Roman Curia (interviewers’ note: the administration of the Holy See).

So the charge of intellectual weakness can concern only a few priests who neglected their own formation, those who do not deepen their knowledge or stay abreast of today’s societal problems.

As far as moral deficiency is concerned, of course there are sacerdoti lapsi, those fallen priests who have become unfaithful to their mission and their calling. This is not a shocking new development. In situations like that, I always remember that among the Twelve Apostles whom Jesus personally chose and formed, one betrayed Him.

And so many of them showed weakness! One could say that even Peter betrayed Jesus….

Of course the situation was connected to the persecution of Jesus as a person, but after strengthening by the Holy Spirit those weak apostles become heroes of faith and morality. They laid the foundation of the Church and established her high moral standards.

The Church, especially in the United States, faces very costly lawsuits, for example by lesbian teachers who were fired from Catholic schools. At the same time, donations from liberal Catholics are falling. Your Excellency, could money be a factor in inserting those passages in the Relatio?

It’s very bad when economic motives lead the Church in her actions because it shows a lack of faith and hope. Our Lord will certainly always provide means for good deeds. That is why Jesus sent His disciples on a mission without any money or provisions. In this way He made them realize that they would always have minimal resources.

We can see how it works in young African churches. In the past, their development was economically dependent on aid from old and well-established churches. When, because of the falling donations you already mentioned, these resources dried out, people in Africa took charge and dealt with it. An interesting phenomenon appeared: the churches received money from people on the ground, in small sums, like from the poor widow in the Bible. It is like a river formed from small drops of rain.

Unfortunately, some Churches manage costly institutions, possess material goods, and need money for maintenance, taxes and other bills. Thus, they can have money problems. We can see this in Germany, where some people say they will not pay taxes for the Church because they feel excluded for not being able to receive Communion (interviewers’ note: a Church tax is paid by church members in Germany and in a few others European countries). This problem exists elsewhere, but as the Bible teaches us, we shouldn’t worry about this.

But Your Excellency, is it possible that a financial motive was behind the insertion of those passages in the Relatio?

I cannot say for sure, but I suppose those motives existed, because it is a structural problem in many local churches.

Among clergy and lay faithful there are many experts in Neo-Marxism, Gender Theory, and Feminism. Can their knowledge and experience be useful during the second part of the Synod?

Are there any grounds to think that during the next part of the Synod those people will have adequate knowledge and skills?

Auditors and experts are chosen in relation to the subject of every synod because each has its theme. So I think the people mentioned in your question should be very helpful during the next part of the Synod’s proceedings.

Can Your Excellency explain when we will know which bishops and cardinals will be present during the second part of the Synod? How are they chosen?

There are two categories of members. The first is determined by the function, for example the head of a given country’s Episcopate, or head of the Commission on the Family. The second group is chosen by the Conference of the Episcopate in each country, and this list of candidates is sent to the Holy See. It is accepted there, or the Holy See asks for some modifications. At some point participants’ names will be published, but I am not sure exactly when.

In a recent interview Your Excellency said, “The Church has betrayed John Paul II.” Do Saint John Paul II’s writings on human sexuality contain the tools to defuse the bomb in the Church? What can be done now when there is little time before the second part of the Synod?

What can be done? First of all, we need to remember the teachings of John Paul II, which are available, but still unfamiliar to many. I would like to add that in that interview I didn’t say enough. The Church has also betrayed Pope Paul VI. Let’s not forget that the crisis started with the opposition to “Humanae Vitae” after 1968 (interviewer’s note: “Humanae Vitae”, subtitled On the Regulation of Birth, included the prohibition of artificial birth control). Paul VI’s encyclical was the basis of the teaching of John Paul II. This encyclical, which the future Pope John Paul II helped write, was prophetic in its findings and was systematically opposed not only by journalists, outspoken lay people, but above all by many bishops as well.

The rejection of “Humanae Vitae” opened half a century of conflict. In a sense, the pontificate of John Paul II was plagued by this dispute because what the Pope said seemed irrelevant, unimportant, and of no value. You could say that everybody could create his own doctrine by himself. This is why the situation is so difficult right now. We need to go back to the elementary Orthodoxy to which the priests are actually bound.

I’d like to read the fragment from a message from the Blessed Virgin Mary given to Sister Agnes Sasagawa in Akita, Japan, in 1973: “The work of the devil will infiltrate even into the Church in such a way that one will see cardinals opposing cardinals, bishops against bishops. The priests who venerate me will be scorned and opposed by their confreres…churches and altars sacked; the Church will be full of those who accept compromises and the demon will press many priests and consecrated souls to leave the service of the Lord.” Some commentators recall this prophecy in view of the events during the Synod. What can Your Excellency say to give hope to those believers shocked by the Synod?

This message includes elements of other great apparitions of the Blessed Virgin Mary, such as in Fatima. In a way, there is nothing new there, especially for someone who is an attentive reader of the Apocalypse of Saint John. Those apocalyptic visions are clearly present in the Book of Revelation.

So we have to go through those periods of common but silent apostasy—renunciation of religion, rejection of the Source of Life, even among the clergy. There is nothing new there. The Church is a boat which sails on rough waves, but does not sink. We have faith that it will not sink.

The Church in Poland was also sailing in rough waves after the Second Vatican Council.

The future pope, Cardinal Ratzinger, pointed out that after each big council there were schisms and heresies because people couldn’t agree and created parallel structures. It has happened since ancient times. People would reject Orthodoxy, and there were persecutions. In the time of the Arian heresy, emperors would send the Church’s fathers into exile or to prison. The persecutions back then were all connected to political power (interviewers’ note: Arianism started in the late 3rd century and involved most church members and emperors).

Your Excellency, that is no great consolation. Could Your Excellency say something optimistic to those believers shocked by the Synod?

The Holy Spirit dwells in the Church, and cannot be destroyed. And the Gates of Hell shall not prevail.

‘The Church betrayed John Paul II’ at Synod on the Family: Polish archbishop