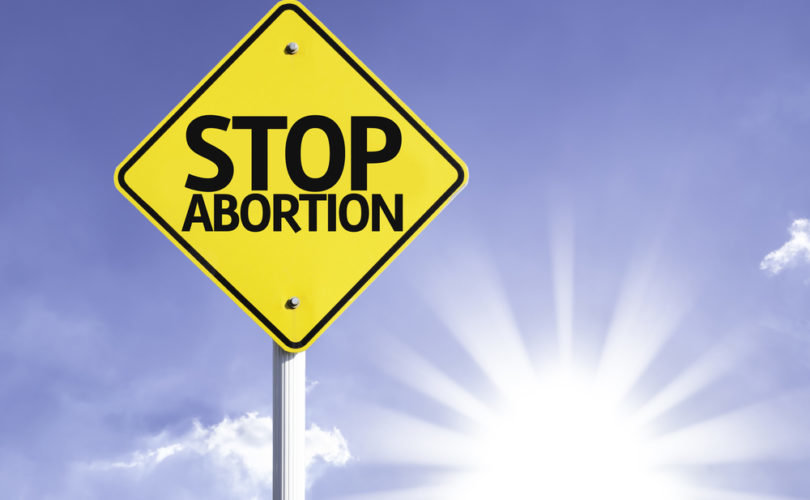 The state of Illinois did not inspect the vast majority of surgical abortion facilities in the state for a decade, failed to inspect some abortion offices for up to 17 years at a time, and made no efforts to alert women when abortionists were guilty of serious health violations that could have exposed them to HIV. Those explosive charges are contained in a new report from Illinois Right to Life made available exclusively to LifeSiteNews.

Kermit Gosnell was able to kill women and murder newborns inside his filth-strewn West Philadelphia “house of horrors” because state health regulators decided not to inspect abortion facilities for years at a time – a fact cited in the grand jury report. The Land of Lincoln followed the same policy, according to Illinois Right to Life.

The 66-page report, which took five months of research and numerous Freedom of Information Act requests to compile, documents the state's pattern of turning a blind eye to the abortion industry's practices – and the harm that neglect caused the state's women.

According to the Guttmacher Institute, there were 26 freestanding abortion facilities in the state in 2011. The majority of abortion facilities (54 percent) are not licensed by the state and thus are never inspected; in fact, the Department of Public Health (DPH) has no authority over them, the report states. That includes five state Planned Parenthood locations.

There is no requirement that facilities that perform surgical abortions obtain a state license, the report says.

Of the remaining locations, the DPH conducted only three inspections between 2000 and 2010. In all, IRTL reports that 86 percent of abortion facilities went between nine and 17 years without any inspection to assure they were complying with state health and safety standards.

“What it comes down to is that the Department of Public Health had the authority to ensure that they were inspected and they were sanitary, and they chose not to. That is probably the most alarming thing that came out of this entire report,” Emily Zender, the executive director of Illinois Right to Life, told LifeSiteNews. “It seems that the Department of Public Health does not take its job seriously.”

Under state law, the DPH needs only conduct spot inspections “as it deems necessary.”

After the backlash surrounding the Gosnell case, DPH conducted inspections of licensed facilities between 2011 and 2014, some for the first time ever. They found nearly every abortion facility guilty of violating codes designed to safeguard women during sensitive operations.

Two abortion facilities were temporarily closed in 2011 after their first inspection in 15 years. Both later voluntarily closed instead of upgrading to basic health and safety standards.

During the three year cycle of inspections, public health inspectors found 193 violations at 12 of the state's 14 licensed abortion facilities, some potentially deadly:

Inspectors noted numerous times that violations at various abortionists' offices had “the potential to affect 100% of patients.”

“Women are unknowingly subjected to deplorable sanitary conditions during abortions, which can result in the mutilation of their bodies or their deaths,” the report states. “No woman in Illinois should enter a women's clinic and leave needing a tetanus shot, HIV testing, or emergency treatment at a hospital.”

Despite the possibility that women were exposed to disease, Zender told LifeSiteNews that the Department of Public Health “produced no documentation that they had alerted those women that they need to get checked for HIV, or staph infection, or any other disease because things weren't clean.”

She called the DPH's actions “utterly appalling and repulsive.”

The lack of oversight has resulted in serious, and sometimes fatal, repercussions. The report reprints malpractice lawsuits brought against Illinois abortionists for maiming or killing their patients.

Others were permanently injured. One woman had a hysterectomy due to a torn uterus during a botched abortion. Another went into brain anoxia, producing a coma that rendered her incapable of caring for her three children.

Zender spared little effort in documenting the harm the policy has caused. The report's appendix – containing authentication including medical reports, evaluations, and emails from state health officials – is 47 pages long.

Women affected by such breaches of professional conduct had no means of recourse if they were harmed in an unlicensed facility, like Planned Parenthood, the report states. When researchers asked how a woman could file a complaint against such an organization, the Department of Public Health and the Department of Financial Professional Regulation continually passed callers between the two offices. None ever took a complaint, much less acted on it.

Zender said lawmakers and regulatory bodies need to send a clear message: “Gosnell-esque abortion clinics are not welcome in Illinois.” She and the state right to life body are asking that the state:

“If you support legalized abortion, you also support protecting the safety of women who choose to have abortions,” Zender said. “Dangerous, unsanitary clinic conditions and unlicensed surgical facilities are unacceptable under any circumstances.”

You may read the full report here. More information is available at their website: WomensHealthComesFirst.com.