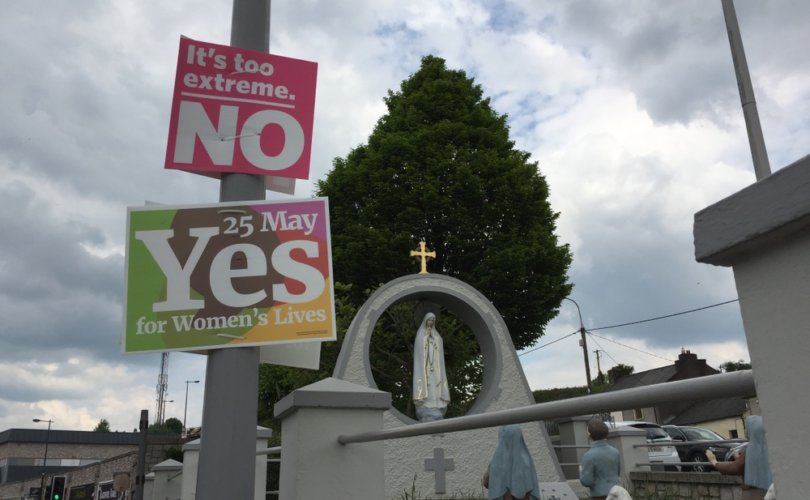 IRELAND, May 25, 2018 (LifeSiteNews) – Exit polls indicate Ireland may have voted by a “landslide” to legalize abortion today.

The results of the referendum to repeal the Eighth Amendment, which guarantees equal protection for mothers and their pre-born babies, will officially be counted on Saturday starting at 9:00 a.m. Irish time.

The Irish Times conducted an exit poll that suggested “the margin of victory for the Yes side in the referendum will be 68 per cent to 32 per cent.”

According to the Times, 87 percent of people aged 18-24 voted for abortion. The only age group that didn’t vote pro-abortion by a “whopping majority” was people over 65.

“The size of the victory predicted by the exit poll leaves little doubt that, whatever the final count figures, the constitutional ban on abortion, inserted in a referendum in 1983, is set to be repealed,” the Times has inferred.

Another Irish Times article reported that voter turnout was extremely high, possibly higher than it was when Ireland voted to legalize same-sex “marriage.”

“In some areas of [Dublin] turnout was almost double what it was for the general election in 2016 after five hours of voting.”

If the Eighth Amendment is overturned, it would be a huge “tragedy,” said Kristan Hawkins, President of Students for Life of America. It would mean the once-Catholic country would “join that sad community of nations who throw away irreplaceable human beings through abortion on demand.”

In early 2018, the Irish government approved putting the Eighth Amendment to a vote in May with the promise that if passed, legislation allowing abortion on demand would be introduced. The proposed legislation is expected to be abortion on demand during the first 12 weeks of pregnancy for healthy babies and later throughout pregnancy for nebulous “health” reasons, for babies with disabilities, and babies conceived in rape.