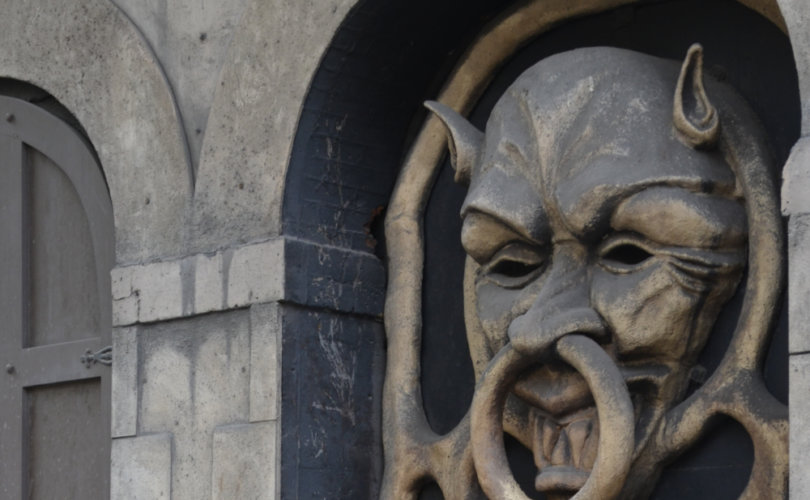 ROME, Italy, July 21, 2020 (LifeSiteNews) ― An international association of exorcists has asked the Church to denounce the pagan misuse of a Venezuelan doctor whose beatification Pope Francis has recently approved.

“It would be very fitting for the Latin American Church to prepare for the important event of the beatification of José Gregorio [Hernandez] with a great work of purification of the image of his person as used by occultists, unmasking their lies,” stated the International Association of Exorcists.

“Only then will this beatification be a moment of grace for the Church and not and not of further stumbling and confusion for simple people.”

Dr. José Gregorio Hernandez (1864 – 1919) was a physician in Venezuela celebrated for his kindness to the poor. After his death, a number of miracles were attributed to his intercession. Declared “Venerable” in 1985, he was approved for beatification by Pope Francis this June.

However, the Association of Exorcists has warned that Dr. José Gregorio Hernandez has been misappropriated by a pagan cult known as Santeria. The association describes Santeria as “a form of witchcraft widespread in South America which requires animal sacrifice and, in some extreme cases, even human mutilation and “offerings” by the ritual’s presider.”

“In fact, Dr. José Gregorio Hernandez is considered by practitioners of Santeria to be the head of the ‘Medical Court’ [of the religion’s hierarchy],” the exorcists wrote.

“This has stirred up serious confusion around the figure of this doctor and will produce even more in the Latin American people, if this misappropriation of him is not made clear.”

The exorcists explained that Santeria posits 21 “courts” of spirits, and its practitioners invoke the spirits of the “Medical Court”, including Venerable José Gregorio Hernandez, in the hope that they will perform cures. In one ritual, the sick supplicant is asked to bring an image or a photograph of Hernadez to the ritual. After these and other objects, like bottles of water and alcohol, have been consecrated, the supplicant is told to build an altar to Hernandez at home. There he must place Hernandez’s image and the other items. The idea is that the venerable doctor “operates” on the supplicant during the night while he is asleep.

The exorcists warn that this is not spiritually harmless.

“The needy person thinks that the doctor, a real historical figure, truly intervened, working miracles with God’s permission, but in reality the spirits of the Court have performed a fake healing, asking the shaman, medium or magician to give them the ‘patient’s’ soul in exchange without him knowing,” the Association warned.

“More precisely, the shaman, medium or magician offers and consecrates not only the requested objects but also the person who turned to them. And this is done without the knowledge of the person himself.”

The exorcists believe that the use of Dr. Hernandez’s image is a relatively late example of Santoria’s followers disguising pagan entities as Catholic saints, a practise that began when African slaves were first brought to the Americas.

The Association published a set of images to show how Our Lord Jesus Christ, His mother, St. Joseph and other saints are misappropriated in this way. One symbol that shows that these are not truly Christian representations is that of the hand.

“People are told that it is the Hand of Christ: in reality it is the hand of the ‘five powers’ or ‘five spirits’ of [Santoria],” the exorcists wrote.

“Formulas are pronounced in front of this image to obtain an abundance of blessings and also protection from every kind of magic.”

The Association also provided photos of statuettes of Dr. Hernandez grouped together with other images, including a bare-breasted woman, and offerings of fruit.

“Using these images, the shamans, mediums and magicians trick the people, by saying that they are doing white magic or even saying that God allowed them to mediate between the saint and the people who have turned to them,” they wrote.

“We know well, however, that magic is absolutely against the Christian faith and that ‘good magic’ does not exist.”

The exorcists stated that many Christians are tricked into participating in witchcraft and told the story of a woman religious whose mother practised the Venezuelan form of Santeria. This sister was in poor health, so her mother took her to a “pharmacy” to be cured by a man who claimed to be a “brother mediator” between the Venerable José Gregorio Hernandez and sick people.

“Not only did she not recover, the sister suffered more damage to her physical health as well as to her spiritual health, which still causes her great suffering,” the exorcists wrote.

Noting that even a Catholic sister was deceived in this way, the Association argued that shamans and magicians will take advantage of Dr. Hernandez’ beatification to further confuse Catholics in Latin America, particularly those who are “practically illiterate” in their faith. They asked, therefore, that the Church in Latin America uses the occasion to denounce the pagan misuse of his name and image.

The International Association of Exorcists is best known for its late founder, Fr. Gabriele Amorth (1925 – 2016) of the Diocese of Rome. The organization was approved by the Vatican in 2014.

The problem of pagan practises infringing on the Catholic faith in Latin America cropped up in Rome during last October’s Synod on the Amazon   when several images of the aboriginal “earth mother” or “Pachamama” were used in rites at the Vatican and displayed in a Catholic church. They were eventually thrown into the Tiber River by a young Austrian Catholic and purportedly rescued by Italian police.