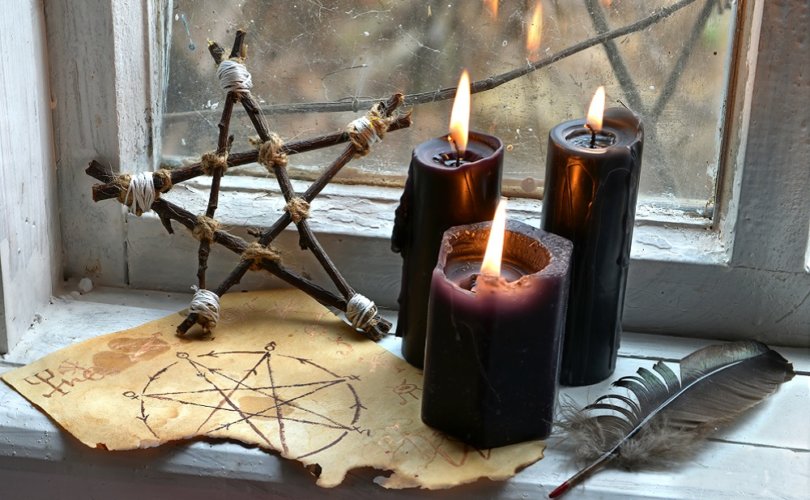 ROME, December 17, 2019 (LifeSiteNews) — Exorcists are warning that there is a global movement to normalize satanism and denounced the recent publication of a children’s book of diabolical incantations as the latest stage in a process of wooing people from God.

Fr. Francesco Bamonte, who presides over the International Association of Exorcists, wrote on the group’s website that there is a current attempt to present satanism as a perfectly normal alternative to traditional religion and philosophy.

“It is even affirmed that the cult of the devil is limited to simple celebration,” Bamonte wrote, “and that the one who practices it does not commit crimes and there is nothing wrong with it.” He likened the summoning of demons to treating a hand grenade as a plaything.

Bamonte referred specifically to A Children’s Book of Demons, written by Aaron Leighton and published by Koyama Press of Canada.

A blurb of the book gushes: “Don’t want to take out the trash tonight? Maybe you’re swimming in homework? Perhaps that big bully is being a real drag? Well grab your coloured pencils and sigil drawing skills and dial up some demons!” It goes on to present the book as a mere work of parody: “more silly than scary!”

On Amazon, the book is suggested for readers age 5–10. The book offers so-called sigils, which are esoteric symbols that Bamonte said are inspired by grimoires, textbooks of magic spells intended to put practitioners into contact with spirits.

Bamonte warned, “Whoever invites a child to invoke demons is as if he told him that it is possible to get help from a criminal to get something.” He wrote that invocations welcome satanic influences and pose a risk that a young reader might lose “his identity and his personality,” and thus lead him toward “moral, psychological and spiritual destruction.”

Bamonte said anyone who invites a child with these spells is already an “ally” of the demonic.

Such allies of demons are deceiving children, Bamonte said, and preparing them for unhappiness. Demons are, he said, “enemies of God and humanity” who are “full of hatred” and intent on suggesting “every evil and every perversity, with the sole purpose of putting ourselves against each other and finally of separating ourselves definitively from God and leading us to eternal perdition[.]”

A Children’s Book of Demons, he wrote, represents a further stage along a road that started in the 1970s with esotericism and has led to outright worship of Satan.

Bamonte concluded with a reflection on the words of Jesus Christ, who said, “But he that shall scandalize one of these little ones that believe in me, it were better for him that a millstone should be hanged about his neck, and that he should be drowned in the depth of the sea” (Mt. 18.6).

In February, Hope Not Hate — an activist counter-extremism group — issued a report warning that children and young people in the U..K are increasingly joining Nazi groups linked to satanism. In the State of Hate report for 2019, Matthew Collins of Hope Not Hate told The Telegraph that new extremist groups consist of “clever, mostly perverse young men” who encourage each other to become more extreme.

He said, “[W]e are seeing more and more about Satanism and white jihad. It is almost like Hitler isn’t extreme enough for them anymore.”

The report showed that the most extreme groups in the U.K. are influenced by the Order of Nine Angles (O9A), which it identified as “unquestionably the world’s most extreme Nazi Satanist group.” According to the report, O9A holds rituals led by a priest and priestess and seeks to destroy society and commit mass murder.

In the United States, the Satanic Temple, which has staged installations of a statue of the demon Baphomet, has promised to install satanic clubs for children at elementary schools. In 2016, for example, the Satanic Temple succeeded in persuading a school in Portland, Oregon, to allow its After School Satan club on campus to counter the Good News Club, which is promoted by the Child Evangelism Fellowship to teach the Bible.

Last month, Catholics in Houston protested outside a local brewery where members of the Satanic Temple staged a “Black Mass” as a fundraiser. Catholics prayed the rosary and deplored the satanic worship. Witnesses said that they saw at least one child enter Brash Brewery, where the ritual took place.