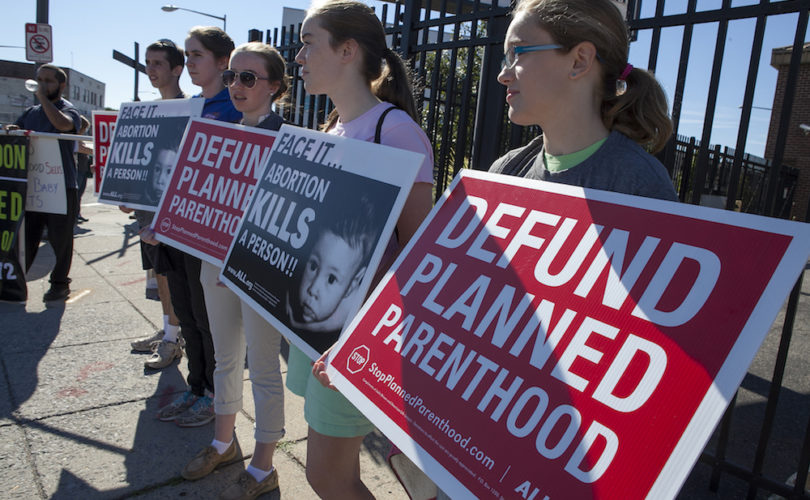 LOUISVILLE, Kentucky, March 15, 2016 (LifeSiteNews) – Planned Parenthood has filed a lawsuit against Kentucky Governor Matt Bevin, saying that his requirement that one of its offices wait until it has a license to begin performing abortions is “absurd” and “authoritarian.”

Planned Parenthood of Indiana and Kentucky (PPINK), the regional chapter of the nation's largest abortion provider, filed its own suit calling Bevin's case a “jaw-dropping display of authoritarian hypocrisy.”

PPINK released e-mails with the Cabinet for Health and Family Services, showing then-Inspector General Maryellen Mynear saying that the office had to be open and functioning before inspectors could grant a license.

The group traded e-mails with the Democratic administration up to its last full day in office, December 7, but began offering “medical services” last December 3.

The Bevin administration said the “deficient” hospital and ambulance transfer agreements PPINK offered in its November 19 application did not comply with the law. The group also began performing abortions on January 21 without having had an inspection, much less a license.

“There is no way that Planned Parenthood would ever do anything outside the confines of legal obligations,” the chairwoman-elect of PPINK, Kim Greene, said.

However, Gov. Bevin said that unlike his predecessor, his administration is committed to holding abortionists accountable to the rule of law – and that Planned Parenthood violated its terms.

“The only policy that matters is the law as enacted by the Kentucky General Assembly,” Gov. Bevin wrote on his Facebook page.

“The Planned Parenthood e-mails do not verify anything other than that former Governor Beshear's IG ignored the plain language of a statute and advised Planned Parenthood that it could perform unlicensed abortions, and that Planned Parenthood assumed the risk by unjustifiably relying on such advice knowing that they filed an application that did not meet the requirements for licensure.”

Gov. Bevin, a pro-life conservative, also filed a lawsuit against Lexington's EMW Women's Clinic, which state inspectors found to be “filthy,” with medication that had expired in 1997.

Both abortion facilities stopped performing abortions after the lawsuits were filed. There are only three abortion faciities in the state of Kentucky, according to the Guttmacher Instiitute.

‘Filthy’ abortion facility to take a ‘timeout’ from performing abortions, thanks to governor’s lawsuit