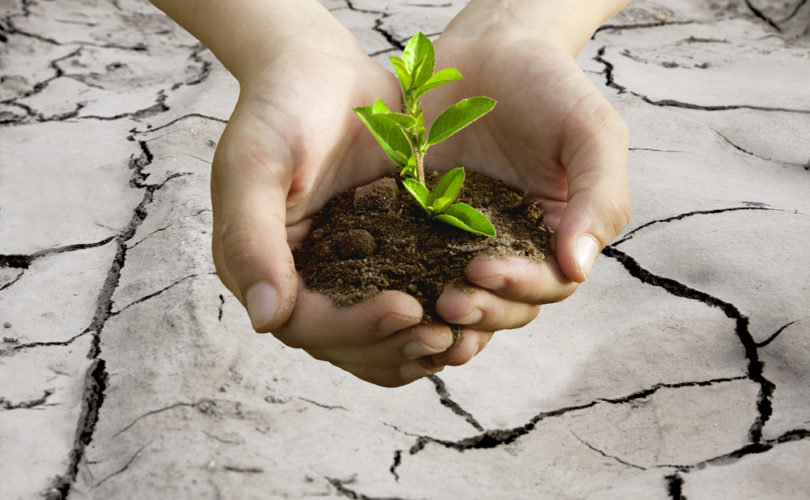 September 14, 2016 (LifeSiteNews) — Pope Francis’ suggestion that care toward the environment be added to the traditional corporal and spiritual works of mercy didn’t officially change the works of mercy or impose any new obligation on the faithful, two Catholic intellectuals and theology experts told LifeSiteNews.

On September 1, the pontiff said:

“The words of Pope Francis about adding a new category of works of mercy to each list don't impose any obligation on the faithful, apart, perhaps, from an obligation to consider the words themselves,” Dominican Father Thomas Crean, who holds a doctorate in sacred theology, told LifeSiteNews in an email. “He himself only refers to it as a ‘proposal,’ not as a teaching or a law: and it is by his teachings and laws (and by appointing people to particular offices) that a pope creates obligations for the faithful.”

“The list of ‘works of mercy’ is not exactly a [teaching] of the Church; like many other lists you find in the Catechism, it is a traditional didactic tool inspired by Scripture,” Dr. Joseph Shaw, an Oxford professor, told LifeSiteNews via email. “I've not been able to find out who first put them together, but they've been around since at least the Renaissance, judging by the artistic depictions.”

“These lists — seven deadly sins, three counsels of perfection, four sins crying to heaven — even if they developed a bit in the early days are fixed by tradition,” Shaw said. “Precisely because they are not really official, it is difficult to see how they can be changed now.”

“In this case, I think Pope Francis is pointing out the specificity — and therefore the limitation — of the existing list, and asking us to think about going beyond it in a similar spirit,” Shaw said.

Crean echoed Shaw’s statements that the works of mercy are a tradition, not a hard teaching or doctrine of the Church. He said there is flexibility in how they are described in Catechisms.

Both Shaw and Crean said there is no requirement that Catechisms be updated because of Pope Francis’ remarks.

Pope Francis is “not demanding that new editions of the Catechism include more works, and he doesn't say where they should go in a new list,” Shaw said.

“The Catechism of the Catholic Church only mentions six corporal works (giving drink to the thirsty is presumably meant to be included under feeding the hungry), and it omits two of the standard spiritual ones (admonishing the sinner and praying for the living and the dead), in its treatment of the subject in CCC 2447,” Crean said. “Likewise, you find variation in different books about whether the corporal work of mercy toward prisoners is 'ransoming' them or 'visiting them' (e.g. between the Catholic [encyclopedia] and the English Pocket Catechism). And there would be nothing to stop someone adding others, e.g. ‘giving medicine to the sick,’ ‘bringing a priest to the dying.’ But you have to stop somewhere, and seven is a symbolic number, and all the works at least of corporal mercy are well-attested in the Bible, and so the two traditional lists have been established as they are; usefully, I'm sure.”

“No one need feel obliged to make changes to catechetical material unless they think that it would be useful to do so,” Crean said. “Personally speaking, neither of the two suggestions seems to me to fit naturally onto the existing lists.”

This is because, Crean explained, “Mercy is something that is shown to persons” and there is a distinction to be made between mercy and kindness. We don’t speak of treating cats “mercifully, but only kindly,” the Dominican friar said. “So to talk of mercy if what we are doing is [for example] turning off a light bulb or sorting paper from plastic in order better to preserve natural resources seems incongruous. Perhaps some other human being may benefit from the action, but mercy means an act of love toward some particular human being who is in front of me, whose suffering moves me.”

“As for the proposed spiritual work of mercy, ‘contemplation of God's work’ is a good thing, but it is not a work of mercy, since it is not relieving a need of a neighbor,” Crean continued. “So while the prestige of the papal office may lead to some people adding these ‘works’ on to their lists, no one has to do so.”

Shaw said Pope St. John Paul II’s introduction of the Luminous mysteries to the rosary was “slightly different” from something like changing the lists of traditional works of mercy, but “even so, Pope John Paul II didn't intend to oblige people to adopt his new mysteries in public recitations.”

It seems that Pope Francis was, as he often does, “speaking informally,” Shaw said.