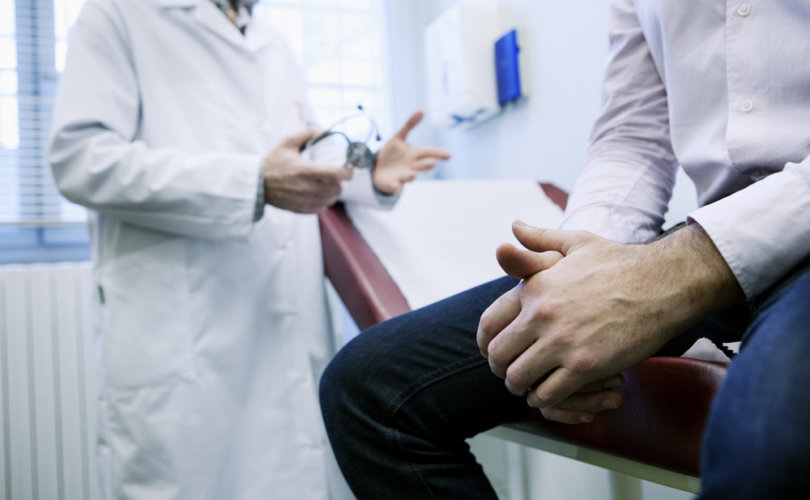 OTTAWA, April 14, 2016 (LifeSiteNews) — Despite Liberal Health Minister Jane Philpott’s assurance that under legislation introduced Thursday “no health care provider will be required to provide medical assistance in dying,” critics say the law requires medical practitioners to take part in the process that leads to a patient’s assisted suicide or euthanasia.

And they raise the alarm that Bill C-14 contains no protection for conscience rights for healthcare workers who object to any involvement in killing a patient by medical means.

“It doesn’t say doctors have conscience rights,” points out Alex Schadenberg, executive director for the Euthanasia Prevention Coalition. “It doesn’t say anything about it.”

And with the federal government not protecting conscience rights, the door is wide open for provinces and territories to force objecting medical practitioners to provide effective referral, that is to a doctor or nurse practitioner who is willing to kill the patient, he said.

The College of Physicians and Surgeons of Ontario has already ruled that doctors who object to assisted suicide and euthanasia must provide an effective referral, Schadenberg noted.

The long-awaited legislation is intended to amend two sections of the Criminal Code struck down by the Supreme Court in the February 2015 Carter decision as unconstitutional, a ruling that takes effect June 6, 2016.

Albertos Polizogopoulos, a constitutional lawyer for Canadian Physicians for Life, agrees that the federal bill doesn’t protect conscience rights, and that it requires health care workers be“part of the process” that leads to a person suiciding by medical means or being euthanized.

The bill’s Section 243.31(1) requires that, unless “they are exempted under regulations under Subsection 3,” medical practitioners who receive a request for euthanasia or assisted suicide must forward that request to a recipient “designated in those regulations or, if no recipient has been designated, to the minister of health,” he said.

“We haven’t seen those regulations,” Polizogopoulos told LifeSiteNews. “Those would come from the minister of health. Obviously, the people who drafted this bill have certain regulations in mind.”

They will “have to take that written request and send it to whoever is in charge of overseeing this whole process.”

Depending on the as-yet-seen regulations, the medical practitioner’s “participation may be as simple as, saying ‘I don’t do it,’ he takes a photocopy of the request and sends it to the minister of health, and that’s where it ends, but it could be beyond that,” Polizogopoulos said.

“I suspect some doctors will have a problem with that,” he added. “For some doctors, that in and of itself is being complicit in the chain of events that leads to a person dying.”

Meanwhile, a special joint parliamentary committee tabled a report in February 2016 recommending a wide-open euthanasia regime, including requiring doctors who conscientiously object to euthanasia to give patients an “effective” referral, and that publicly funded institutions be forced to provide euthanasia and assisted suicide.

The Calgary-based Justice Centre for Constitutional Rights noted that while Bill C-14 had some restrictions and was an improvement on the parliamentary committee’s recommendations, it also faulted the Liberal bill for failing “to include express protection for medical practitioners and institutions to refuse to participate in or refer for [medical assistance in dying].”

“Rather, the federal government has left implementation to the discretion of the provinces and territories, including the setting of criteria by which physicians and institutions may refuse or deny [medical assistance in dying].”

“We are disappointed to note the lack of protections in Bill C-14 for both the conscience and religious rights of individual doctors and other health care workers,” said JCCR’s Jay Cameron.

The bill also does not explicitly protect “the rights of Catholic, Jewish and other religious hospitals to carry out their mission in accordance with their beliefs,” Cameron noted.

“We deem such protections necessary, especially given the concerning positions of some of the provincial colleges of physicians and surgeons.”

The Evangelical Fellowship of Canada also decried the lack of conscience rights in the bill.

“It is essential to have strong conscience protection in the legislation for both medical practitioners and institutions who object, at a minimum, and this protection must be in place before this bill becomes law,”  noted EFC’s Director of Public Policy, Julia Beazley.

The Justice Centre’s brief to the Committee pointed out that the Carter ruling does not compel doctors or other healthcare workers to cooperate unwillingly in a physician-assisted suicide.

Rather, Carter noted that a physician’s right to conscientiously refuse to take part in assisted suicide and euthanasia is protected by the Charter.