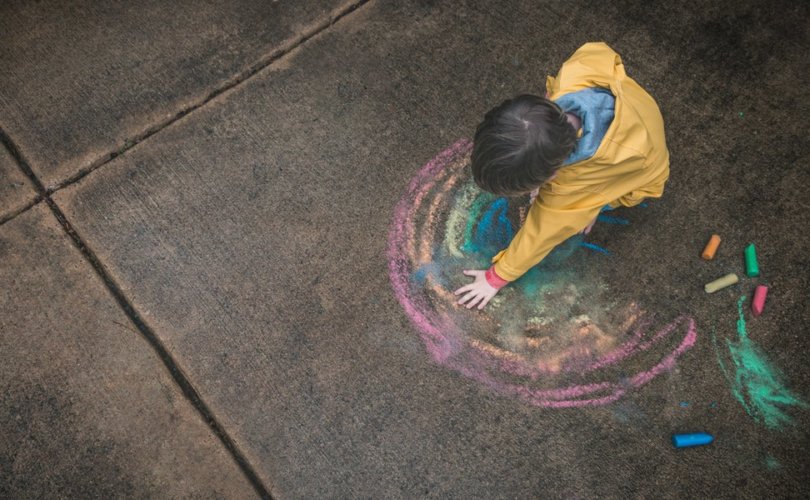 WASHINGTON, D.C., September 25, 2018, (LifeSiteNews) – The infatuation with transgenderism which seems to be sweeping the nation – especially among young people – amounts to “large-scale child abuse,” according to a panel of experts speaking in the nation’s capital.

Three extraordinary statements on the topic by three major figures emerged during a discussion at the 2018 Values Voter Summit in Washington, D.C., an annual gathering which draws conservative Christians from around the country.

The bottom line of their discussion was also the panel’s title: Gender Ideology Harms Children.

1.) Peter Sprigg, Senior Fellow for Policy Studies, Family Research Council: “It is troubling when an adult adopts this transgender ideology, but it is tragic when a child falls victim to it.”

“For most of human history, it has been considered obvious that the way we determine whether people are male or female is on the basis of their bodies,” said Peter Sprigg.

“Today, the transgender movement claims that the mind takes precedence over the body when it comes to determining whether a person is male or female. This, however, is an ideological assertion,” said Sprigg. “It is not in any way a scientific one.”

“It is troubling when an adult adopts this transgender ideology, but it is tragic when a child falls victim to it,” he concluded.

“America is engaged in large-scale child abuse – and complicit in this is…my field of pediatrics, psychiatry, our education system, mass media, and social media,” said Dr. Cretella. “And this is being enacted in law now.”

Cretella is a prominent expert in children’s health who has battled against the relentless promotion of transgender ideology to kids.

She cautioned against using the language of transgender ideologues.

“People have a biological sex. Period,” she said. “We don’t have something additional to that called a ‘gender’ or a ‘gender identity’ that is hardwired into our brain or into our DNA.”

“Human sexuality is binary; it’s implicit, it’s in every cell of our bodies,” explained Cretella. “Sex is not assigned to people. It declares itself. We recognize it. Our bodies tell us who we are.” Our perceptions do not.

“Institutionalized child abuse” begins with “social impersonation” as adults encourage children who are confused about their sex to adopt an opposite sex name, pronouns, and clothing.

The abuse worsens when doctors prescribe puberty blockers and cross-sex hormones. Puberty blockers can lead to permanent sterility and halt physical development of the body, including the brain. These drugs cause impaired memory, brittle bones, and increased risk of certain cancers and obesity for some kids.

Cross-sex hormones, which must be taken for a lifetime, can lead to sterility, heart attacks, high blood pressure, strokes, blood clots, diabetes, cancer, and emotional instability.

Surgical mutilation, such as double mastectomies for girls, can begin as young as age 13. Genital surgery is currently not allowed until age 18, but some surgeons are lobbying to push the age threshold lower.

People are okay for about ten years after sex reassignment surgery, but then great regret begins to overtake them, said Dr. McHugh.

He said this is not unlike what dermatologists encounter from patients with tattoos, who also begin to experience disappointment with their skin ink after ten years. Tattoos are “the long-term evidence of a short term feeling.”

McHugh emphasized that the medical treatments and surgical procedures now being performed on children are still experimental in nature, with no good outcome guarantees.

“The scant data that is available for these treatments with hormones” are described in official literature as providing “very low-quality” evidence. Medical experts wouldn’t prescribe aspirin if were backed with such low-quality evidence, yet “we are changing lives” with these powerful drugs.

McHugh referred to the research found in a landmark study he published in The New Atlantis: A Journal of Technology and Society in 2016. The study offers a summary and an up-to-date explanation of research on sexual orientation and gender identity from the biological, psychological, and social sciences, covering nearly 200 peer-reviewed studies.

Among the report’s findings:

“A long term study from Sweden has demonstrated that sex reassignment surgery patients suffer suicide rates 20 times greater than their peers,” noted McHugh. He added that these are the most optimistic long term results available in current research in the field.