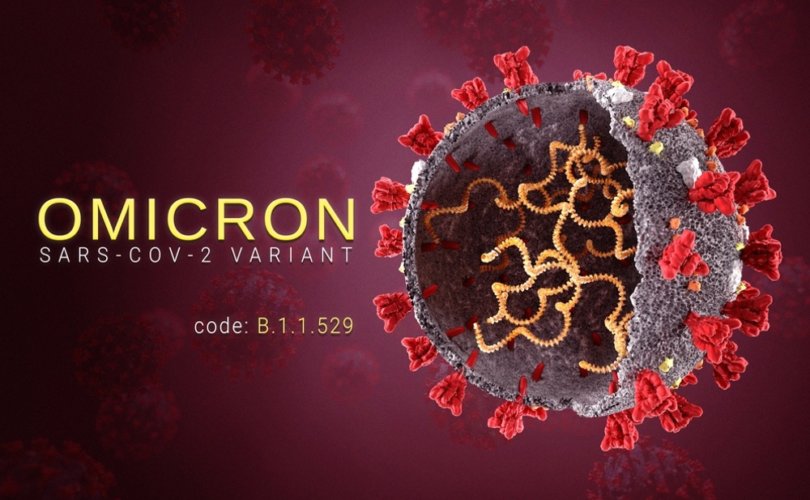 (LifeSiteNews) — Amid growing evidence that COVID-19 did not have a natural origin, some experts are suggesting that the omicron variant of the virus was also man-made.

Investigative journalist Sharyl Attkisson spoke with several scientists and researchers about the more transmissible but less deadly variant, and reported in a March 26 piece that “some scientists examining the virus have concluded ‘vast’ genetic mutations that likely occurred in a lab setting are what makes Omicron spread so quickly.”

“There was a large number of mutations in this variant—many more than we would expect from the normal evolution of this virus,” said virologist Andrew Pekosz, Professor of Molecular Microbiology and Immunology at the Johns Hopkins University Bloomberg School of Public Health.

“Importantly, many mutations occurred in the spike protein—the protein the virus uses to bind to and enter cells—which is the target of the vaccine,” Pekosz added.

According to Attkisson, another scientist told her that the features that appear to indicate that omicron did not have a natural origin include “acquiring genetic features that didn’t exist or don’t have a precedent historically, suddenly appear in a very short timeframe” and “a change in the amount or the acquisition of change in a virus beyond what the expectation is.”

Scientists have identified as many as “45 point mutations that Omicron acquired since divergence from the B.1.1 lineage,” Attkisson said, adding that “The mutations represent what some consider to be an implausibly high number of changes for natural evolution that has resulted in Omicron’s greater transmissibility.”

According to Attkisson’s report, another suspicious aspect of the variant “is its apparent mouse origin.”

The investigative journalist noted that Chinese and American scientists had worked for years to get bat coronaviruses to infect mice, an “exceedingly difficult” process that involved essentially “altering lab mice to give them human cells and attributes to get them to catch a genetically-manipulated version of Covid so that they could try to invent vaccines and treatments for it.”

“In other words, experts say rodents aren’t known to naturally catch and transmit Covid-19, so if Omicron came from a mouse host, it likely happened in an experimental lab,” Attkisson said.

Conservative media outlet American Greatness reported that the “paper trail” connected with the mouse host theory could lead to Dr. Ralph Baric, a Professor in the Department of Epidemiology and the Department of Microbiology and Immunology at the University of North Carolina, who is “a pioneer in mouse-adapted SARS-COV-2 research.”

Baric’s name has been frequently brought up in congressional hearings in which Sen. Rand Paul of Kentucky has repeatedly accused National Institutes of Allergy and Infectious Disease (NIAID) head Dr. Anthony Fauci of using National Institutes of Health (NIH) funding to research making coronaviruses more infectious to humans, including research allegedly conducted at the virology institute in Wuhan, China, where the virus originated.

According to Sen. Paul in a May 12 senate hearing, “for years Dr. Ralph Baric, a virologist in the U.S., has been collaborating with Dr. Shi Zheng-li of the Wuhan Virology Institute, sharing his discoveries about how to create super viruses. This gain-of-function research has been funded by the NIH; the collaboration between the U.S. and the Wuhan Virology Institute continues.”

Dr. Fauci has repeatedly denied that the NIH funded gain-of-function research. However, in September of last year, The Intercept obtained more than 900 pages of documents from the NIH which detailed U.S. funding into coronavirus research at the Wuhan Institute of Virology.