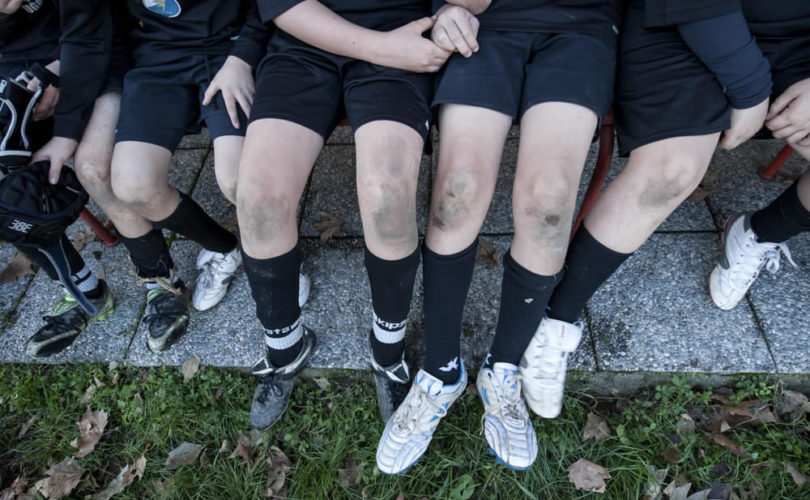 TORONTO, ON August 7, 2015 (LifeSiteNews) – After parents complained their 12-year-old girls were traumatized by an explicit sex-ed seminar at a girls’ sports camp, the City of Toronto says it has dropped the seminars from further camps pending a review.

But Brown did not explain why – or who in, for that matter – the city’s Parks, Forest and Recreation (PFR) department invited a Sexual Health Promoter to the Canadian Tire Jumpstart-sponsored sports camp in the first place.

“If you hold a workshop and cause the students to have a lot of stress and be traumatized, why can’t you disclose what that information was to the parents?” Liu pointed out. “Where is the right of the parents to know what their kids are learning?”

What Liu does know is that Kassies’s “healthy relationships” program so upset one friend’s 12-year-old daughter that the child was “frowning and holding her chest” later that day, and told her mother that she “felt very uncomfortable, ugly, and disgusted.”

Vivian Wang told LifeSiteNews that she coaxed an explanation from her child after another friend called wanting to know what happened because her own daughter was “so upset” but refused to give details. “My friend called me many times that day.”

“My daughter said there was a white woman who gave a lesson to about ten girls in the camp,” Wang said, adding that her 12-year-old reported the seminar had three parts. One was a discussion of the body’s changes during puberty, “That’s normal, that’s okay,” Wang said. “The second part, they played a game,” during which the teacher asked “many questions about what you want your boyfriend to do for you.”

The third part was a detailed description of sexual intercourse and how a baby is conceived, Wang said.

Liu stated in an email that her friend’s daughter reported that the “teacher said that male insert penis into female’s vagina, moving in and out,” which the “male will find very pleasurable, ejaculation happens, semen will go to uterus, female will become pregnant.”

“We agree that parents should have been notified in advance that healthy relationships was a topic of discussion,” conceded city spokesperson Brown in an email to LifeSiteNews. “We apologize for the lack of communication and any concerns that have resulted because of it.”

Brown also noted that “In this case, staff responded to concerns raised by parents quickly and professionally,” and Liu, who went with the concerned mothers to L’Amoreaux Community Centre the next day to discuss the matter, does not dispute that.

But she can’t say the same for what she sees as the Sexual Health Promotion unit’s lack of transparency. “I’m very disappointed with the Public Health’s reaction to it,” Liu told LifeSiteNews, “Their response to us is totally unprofessional.”

With Kassies on vacation, the manager of Sexual Health Promotion East team, Mary Gleason, told Liu in an email that the “session included facilitated discussions and some role playing on types of relationships, benefits of a healthy relationship, and challenges /characteristics of an unhealthy relationship.”

Gleason added that PFR invited her team to give the “healthy relationships” seminar, the information was “age appropriate” and that “the facilitator responded to all questions asked by the participants.”

“I’m not arguing whether it’s age appropriate, I’m just asking what information has been delivered,” Liu pointed out. “If there’s nothing to hide, why are [they] so reluctant to disclose the information? That’s where the question is coming from.”

While Gleason did not return a call from LifeSiteNews, Toronto Public Health’s director of communications Lorene Bromley did, asking for emailed questions, and responding to these by suggesting they would be better answered by PFR, which is “responsible for the camps and the curriculum,” or by Brown.

As to whether Toronto Health told PFR what the seminar involved, Bromley appended Gleason’s reply, the same as that which Gleason sent Liu: “Toronto Public Health Sexual Health Promotion Program provides consultation, support, resources and programming to all ages that are age-appropriate, inclusive, non-judgemental, respectful, confidential and pro-choice.”

Brown told LifeSiteNews that the city is “reviewing this element of the program to ensure it fits with the curriculum. Going forward, we will not be including this content until this process is completed.”

But Liu remains concerned. “The parents are entitled to know when the Sexual Health Promotion Unit is coming to the camps,” she emphasized. “Are they going to do this in the future? We have to monitor that, for the sake of all parents.”

Wang agrees. “Why did they have this sex education come up in the camp? It’s a girls’ sports camp. We didn’t know anything,” she noted, adding that she’ll be more vigilant in the future.

As for her daughter, Wang said she told her “just to relax about it, it’s not her fault. It’s just that somebody did the wrong thing.”