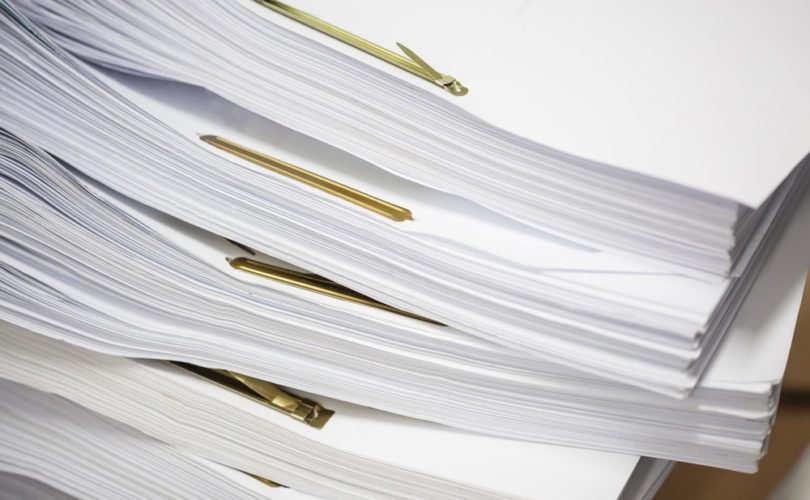 (LifeSiteNews) – A recently published document uncovers an “explosive” agreement by which the Wuhan Institute of Virology (WIV) can ask its partner Texas lab, funded by Anthony Fauci’s National Institute of Allergy and Infectious Diseases, to destroy “secret files, materials and equipment.”

A confidentiality section of a “Memorandum of Understanding of Cooperation Between Wuhan Institute of Virology … and the University of Texas Medical Branch at Galveston (UTMB),” signed October 20, 2017 and obtained and shared by U.S. Right to Know (USRTK), states that all exchanged “data, details and materials shall be treated as confidential information” by both parties.

It goes on to specify that each “party is entitled to ask the other to destroy and/or return the secret files, materials and equipment without any backups.”

“The clause is quite frankly explosive,” commented Reuben Guttman, named “one of the world’s most prominent whistleblower attorneys.”

“Any time I see a public entity, I would be very concerned about destroying records,” he told USRTK.

The memorandum (MoU) further adds that the “confidentiality obligation” remains in effect even after the MoU has been terminated. It is set to expire in 2022 at the end of its five-year term but can be renewed with the written consent of both WIV and UTMB.

According to Guttman, because the Galveston National Laboratory is part of the University of Texas System and receives federal funding, it is subject to laws “meant to safeguard federal and state taxpayer dollars,” including the federal False Claims Act and the Texas Public Information Act, reported USRTK.

In 2009, the Galveston lab unsuccessfully sought an exemption to the Texas Public Information Act in order to keep confidential “select” information, including that pertaining to “accidental infections and other releases of potentially lethal organisms,” KHOU 11 reported.

The Texas lab was “built by the National Institutes of Health to help combat global health threats,” Christopher Smith, a spokesman for UTMB, pointed out to USRTK. “As a government-funded entity, UTMB is required to comply with applicable public information law obligations, including the preservation of all documentation of its research and findings.”

Only the Texas attorney general can decide what public records would be exempt from disclosure, said Kelley Shannon, executive director of the Freedom of Information Foundation of Texas. It is also illegal to destroy records requested under the Texas Public Information Act, noted USRTK.

“You can’t just willy-nilly say, ‘well, you know, the Chinese can tell us when to destroy a document.’ It doesn’t work like that,” Guttman said. “There has to be a whole protocol.”

USRTK further pointed out that the destruction of “secret” entities shared between the parties “could also risk obstructing Congressional investigations into the COVID-19 pandemic,” and “raises questions about assurances from Wuhan Institute of Virology senior scientist Zhengli Shi that she would never delete sensitive data.”

Shi told MIT Technology Review that accusations by Western biosecurity experts that her lab may have scrubbed COVID-19-related records are “baseless and appalling.”

While the confidentiality agreement between WIV and UTMB was unknown to the public until recently, their partnership was not. The directors of the Wuhan and Texas labs had previously publicly announced a cooperative agreement in 2018 regarding collaborations on dangerous pathogens.

U.S. Right to Know said it “obtained the WIV-UTMB memorandum of understanding through the Texas Public Information Act as part of an investigation into risky viral research funded through taxpayer dollars.”