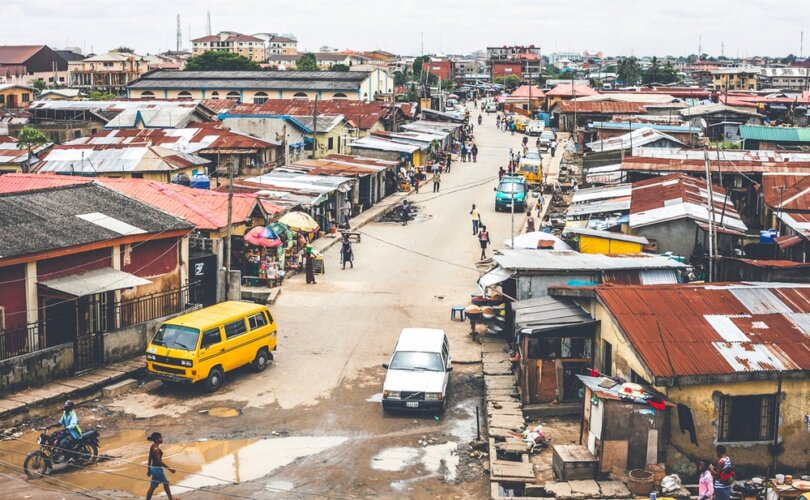 (LifeSiteNews) — The Nigerian military reportedly conducted a horrific forced abortion program using “deception and physical force” to end the lives of the preborn babies of pregnant women and girls in military custody, according to a tragic blockbuster report by Reuters.

According to the December 7 investigative report based on witness testimony, military documents, and hospital records, members of the Nigerian army were responsible for abortions committed on 10,000 or more girls and women from age 12 and older, some of whose preborn babies were as far advanced as eight months’ gestation. It’s unclear how many of the abortions were forced.

An abortion program run by the Nigerian Army has been elaborately engineered, sources tell @Reuters, with pregnant former captives of Islamist insurgents transported in trucks under armed guard to barracks or hospitals for abortions https://t.co/kntJcKUrjU via @specialreports pic.twitter.com/MtuS3S8UEi

Reuters said its investigative report centered on the firsthand accounts of 33 girls and women who told the outlet their preborn children were killed while they were in the custody of the Nigerian Army, often after having fled from insurgent violence. In all but one of the 33 cases, the women say their babies were killed against their will.

The outlet reported that of the women who spoke with Reuters, 17 said they were among larger groups of women whose preborn babies were aborted, a point the report said provides a hint that “each woman’s experience represents a sliver of a larger total.”

The allegedly “secret, systematic and illegal abortion programme” has reportedly been taking place since 2013 or earlier. Mothers who fought back have been “beaten, held at gunpoint or drugged into compliance,” according to witness reports.

Women who spoke to the outlet said soldiers gave them injections and pills that they claimed would cure diseases or other conditions but which actually caused abortions. Drugs reportedly used by the soldiers included misoprostol, mifepristone, and oxytocin. Some women also reportedly underwent surgical abortions. Among the women who underwent abortions, some reportedly died.

“If they had left me with the baby, I would have wanted it,” said one of the women, Bintu Ibrahim, explaining that though her baby was conceived in rape, “that child had done nothing wrong.”

Ibrahim told reporters she knew her preborn baby had been killed when she experienced bleeding and pain after Nigerian soldiers “gave her two injections without her consent.” When she and other women who were similarly dealt with begged for answers, soldiers reportedly “threatened to kill them.”

Like Ibrahim, many of the women whose babies were killed had become pregnant after brutal sexual assaults and forced marriages to militants affiliated with the Islamic terror regime Boko Haram.

According to the report, a eugenics-type sentiment has undergirded the forced abortion program, with Nigerian healthcare workers telling the outlet the scheme was a way of “sanitising the society” of the offspring of insurgents.

However, some of the soldiers involved in carrying out the program expressed remorse for performing the abortions.

“I know it’s a sin against humanity, and against God,” a Muslim Nigerian soldier told Reuters. “It’s not allowed in my religion. I feel so bad about it. But there’s nothing I can do, because of the orders.”

The outlet was unable to determine whether the number of abortions exceeded 10,000, or how many girls and women were offered a choice. While Reuters says its report is founded in a combination of witness testimonies and official records, the outlet acknowledged it has been “unable to establish who created the abortion programme or determine who in the military or government ran it.”

Meanwhile, leaders in the Nigerian military have flatly denied the allegations.

“We respect families,” he said. “We respect women and children. We respect every living soul.”

Reuters noted that abortion except to save the mother’s life is a crime in Nigeria punishable by 14 years in prison and a possible fine for all parties involved, including the mother. Forced abortion, meanwhile, could land a perpetrator in prison for life in the Muslim-dominated north, where the military’s forced abortion program is supposed to have taken place.

In comments to Reuters, Major General Musa pushed back against claims that soldiers carried out the forced abortion program in a “clandestine” manner, keeping the procedures secret even from healthcare workers in the same facilities in which the abortions were taking place.

“Everybody has free access to what we’re doing,” Musa said. “There is nothing hidden under the sun, nothing. Nobody has ever accused us of any of this. We have not done it. We will not do it. It is not in our character.”

Officials also denied allegations that authorities have attempted to purge the children of insurgents from their midst, citing the sheltering of thousands of surrendered militants and their families.

Despite the evidence uncovered by Reuters, Nigerian officials have accused reporters of fabricating the information to discredit the country’s 13-year-long fight against Islamic militants.

Major General Jimmy Akpor told Reuters that Nigeria wouldn’t even “contemplate such evil of running a systematic and illegal abortion programme anywhere and anytime, and surely not on our own soil.”

Meanwhile, though the Reuters report highlighted the horrific forced abortions reportedly performed by the Nigerian military, it stopped short at condemning abortion itself, choosing instead to characterize it as a “safe procedure” when performed in a clean clinical setting. The report did not acknowledge the fact that abortion can’t ever be “safe” since every successful abortion results in the death of a baby.