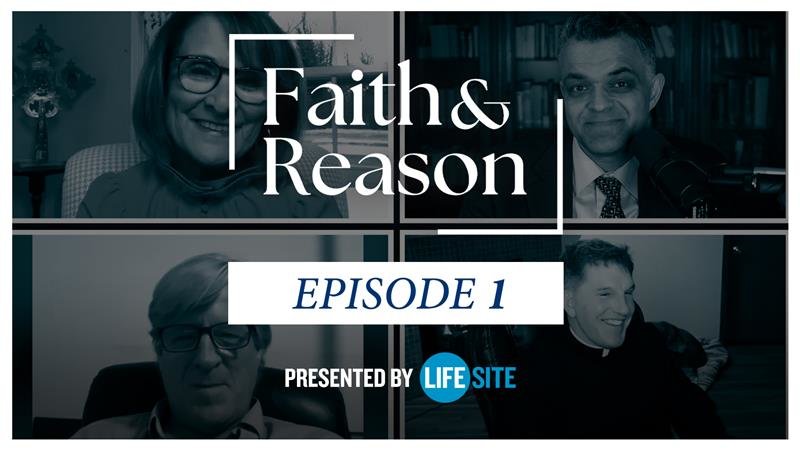 (LifeSiteNews) — In this inaugural episode of Faith & Reason, John-Henry, Fr. Altman, Jack Maxey, and Liz Yore provide top-notch analysis of the ties between Pope Francis, China, and the West.

Global elites are owned by China, argues Maxey, whose tentacles are reaching even inside the Catholic Church. Catholics and all freedom-loving patriots must stand up and defend their liberties, following in the footsteps of the Canadian truck drivers.

“I see this blossoming of this idea that human liberty is what is really at stake across the world,” he said. “People are beginning to realize that their own personal sense of self, their souls if you will, are at risk.”

“The truckers are not alone,” he added. “There are tremendous, tremendous brave people in Western intelligence who are working to try to save us from this behemoth, which really at the end of the day is the Communist Chinese.”

Citing some personal experience, Yore said she was excited to have been invited to the Vatican’s first human trafficking conference under the newly appointed Pope Francis in 2013, but was quickly disenchanted when she realized who else was there.

“When I got to the Vatican, to my shock and horror, I realized I was amidst globalists who were espousing the New World Order,” she said. “There were many people from the Obama administration there talking about ‘sustainable development,’ the ‘Agenda 2030,’ and I really was having an out-of-body experience. And from that point forward, I realized that … I really needed to spend the rest of my life-career really examining and researching what was going on in this papacy.”

“And frankly my soul was rattled by what I saw. And I had to be sure that what I saw with my own eyes and experienced and heard was in fact this new relationship, the moral voice of the New World Order,” she added.

This is an exciting first episode you won’t want to miss!